Click this
You are here: Home / Food & Drink / Trying Out Eng Bee Tin’s Special Niángāo (Tikoy) To Perk Up The Lunar New Year

I’ve always believed that there is indeed a strong correlation between food and rituals; holidays; good behavior; love romance; pleasure or comfort. And according to the psychologist I’ve interviewed for my article entitled Working with Your Cravings published on Health Today Magazine years ago, that belief has actually been proven correct in certain studies.

Maybe that’s the reason why I crave for Tikoy otherwise known as Niángāo (in Chinese) every Lunar New Year. Supermarkets overflow with such delicacy at the start of February; that’s, why I’ve started to associate the love month not only with chocolates but also with tikoy. 🙂

In Chinese culture, this delicacy is believed to bring good fortune to anyone who eats it. This belief came about simply because Niángāo is a homonym for higher year! Following this line of thinking, anyone who partakes of such confection will be raised “higher” in the coming new year.


For someone like me who doesn’t believe in luck, I still find tikoy deeply intriguing and of course, fabulously delish. 🙂 In fact, three Sundays ago, I bought two types of tikoy, white and brown, made by the popular Eng Bee Tin Chinese Deli.


Chinese food experts say that White Niángāo is patterned after the way this particular delicacy is made in Shanghai, the largest city proper in Mainland China. In an interesting twist, Brown Niángāo is however favored by the Chinese living in the Guangdong province. 🙂 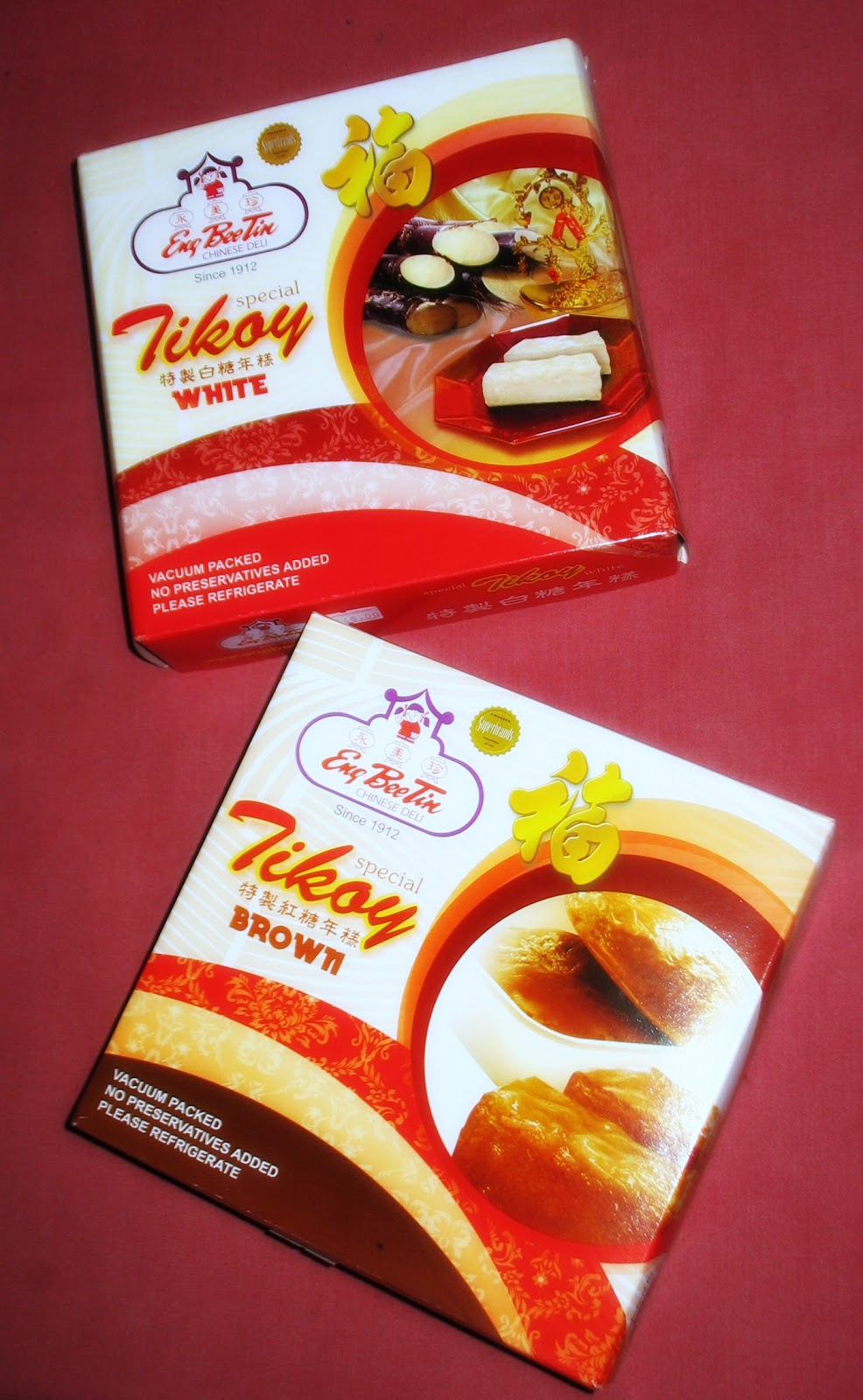 With that said, Eng Bee Tin’s Special White Tikoy is made of glutinous rice, sugar, water, oil and vanilla extract. As expected, I enjoyed this traditional variant immensely, most especially when dipped into beaten eggs before pan-frying in butter. The resulting delicacy was soft and chewy, was bursting with sweet n’ salty flavors made even more refreshing with that slight vanilla-ish scent and taste in the upper register. Worth coming back to, over and over again. 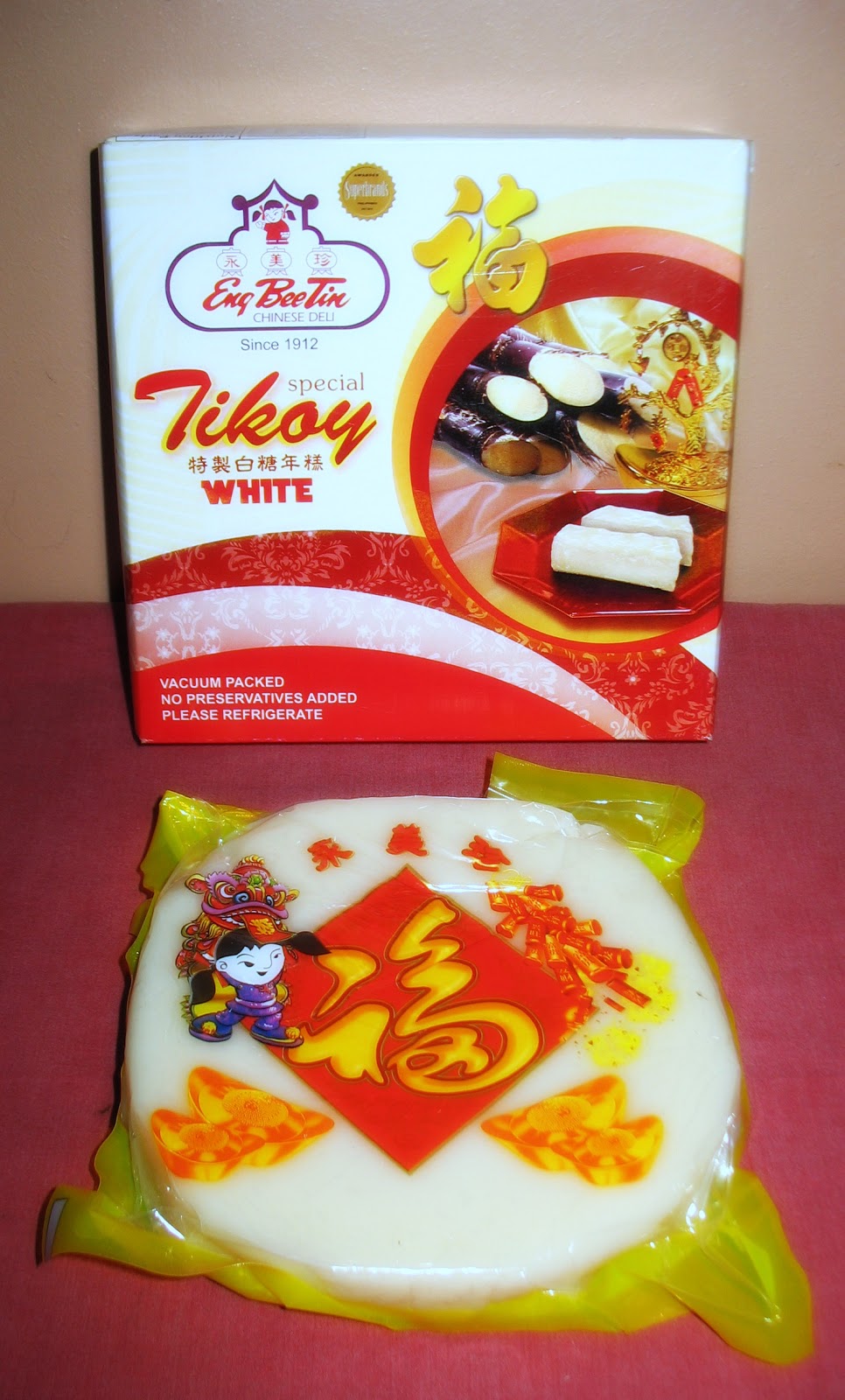 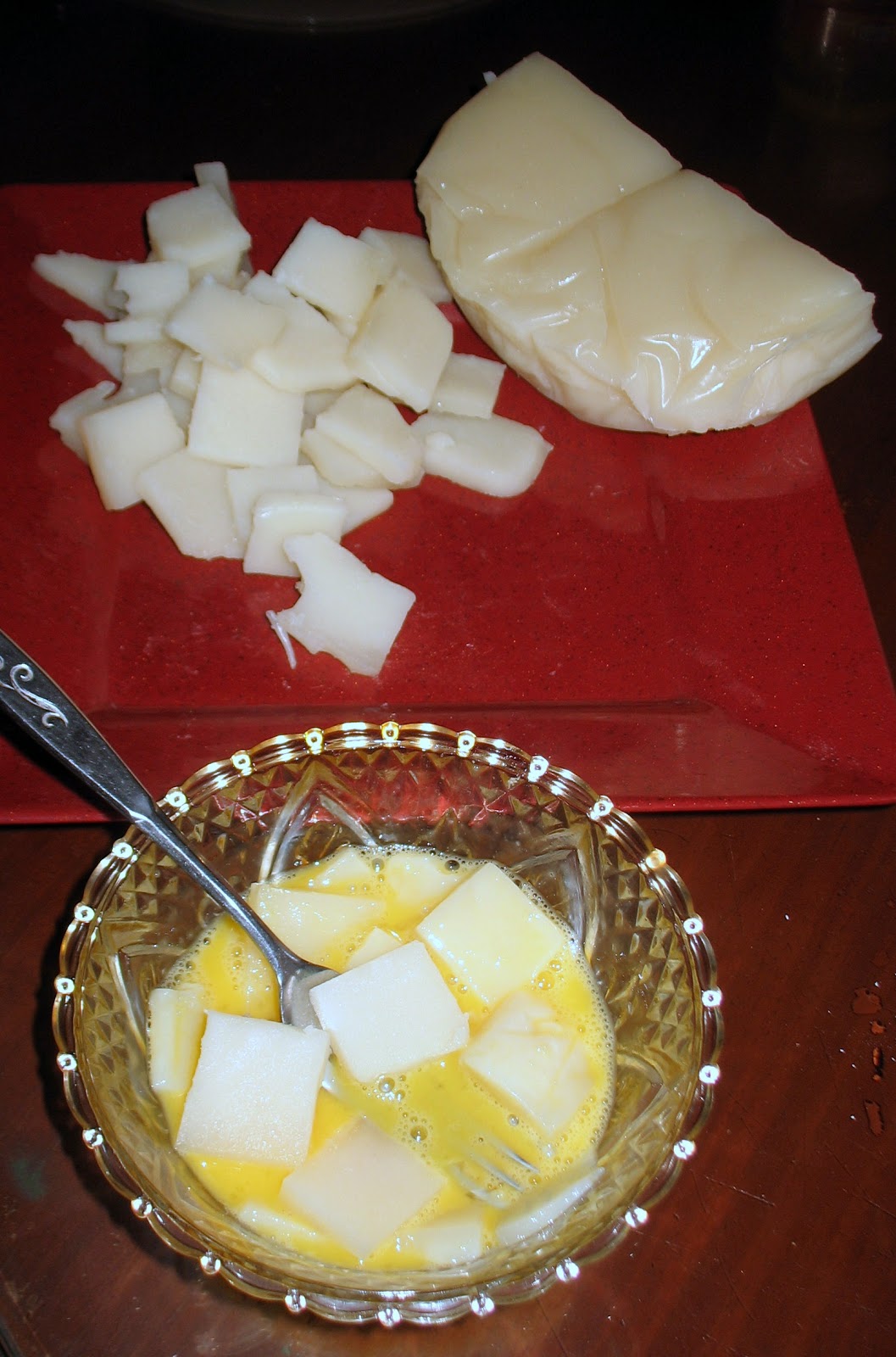 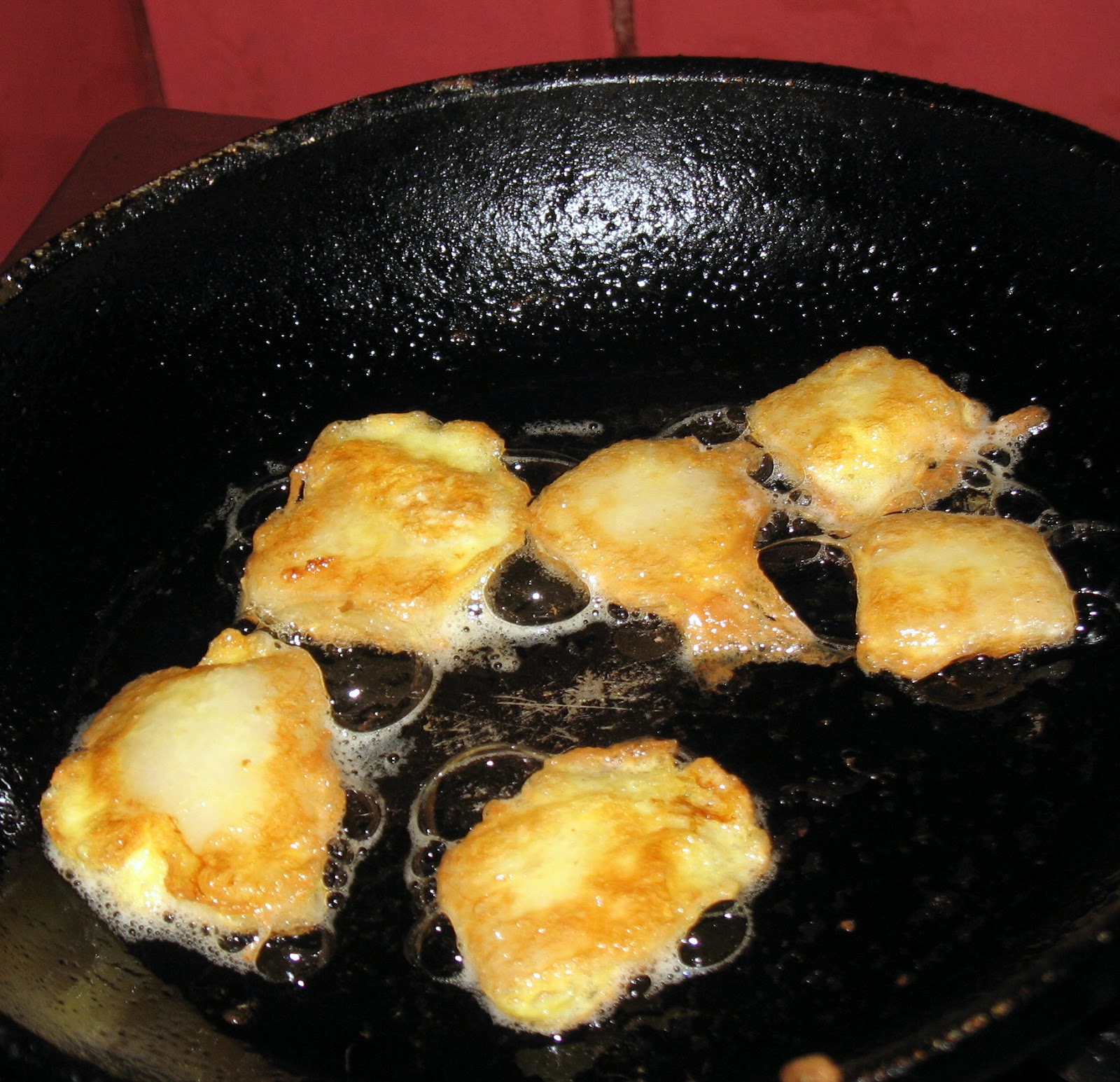 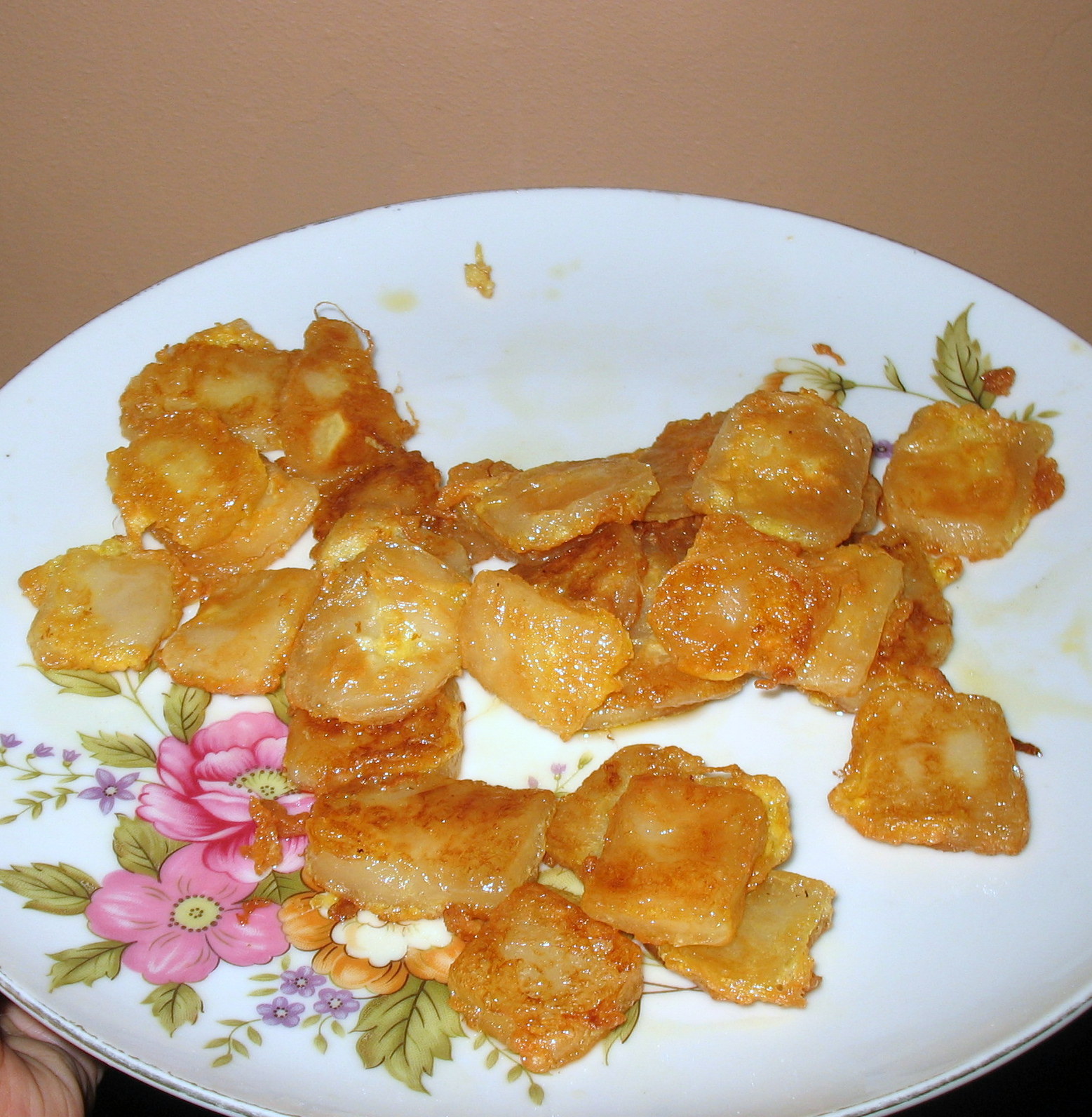 
Eng Bee Tin’s Brown Tikoy, on the other hand, is made of glutinous rice, water, oil and of course brown sugar, which explains for its brown hue. With a strong, somewhat charcoal-ish taste perhaps because of the brown sugar, this particular variant elicited deeper flavors than the white tikoy, which can be taken either as a positive or a negative thing by the eater. I, for one, liked the white tikoy better due to its rather uncomplicated taste when compared with the brown tikoy. But of course, that’s just my opinion. Opt for the brown tikoy if you’re looking for a variant that is not too far-out from the traditional tikoy, but is still unique in a certain way. 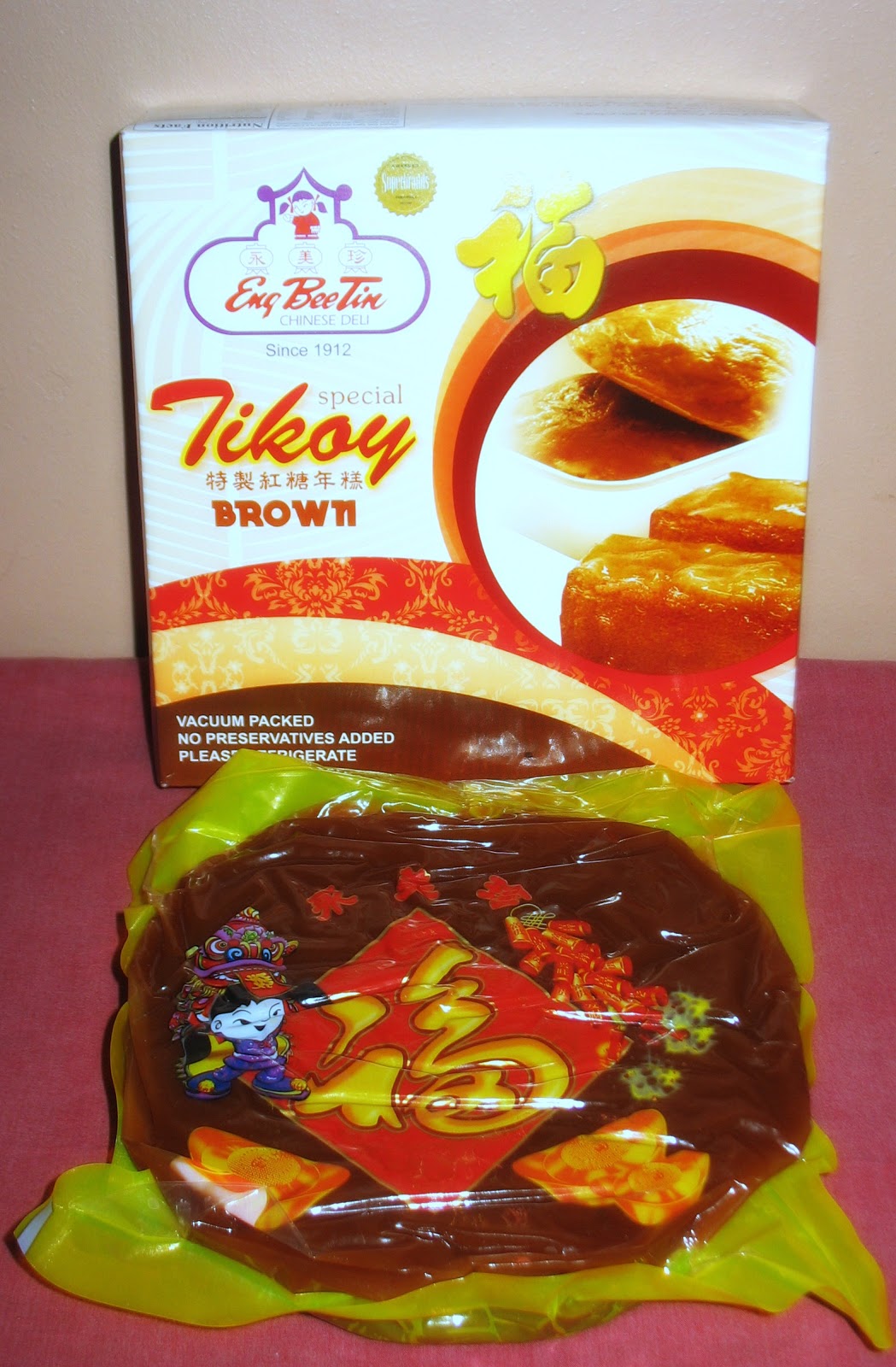 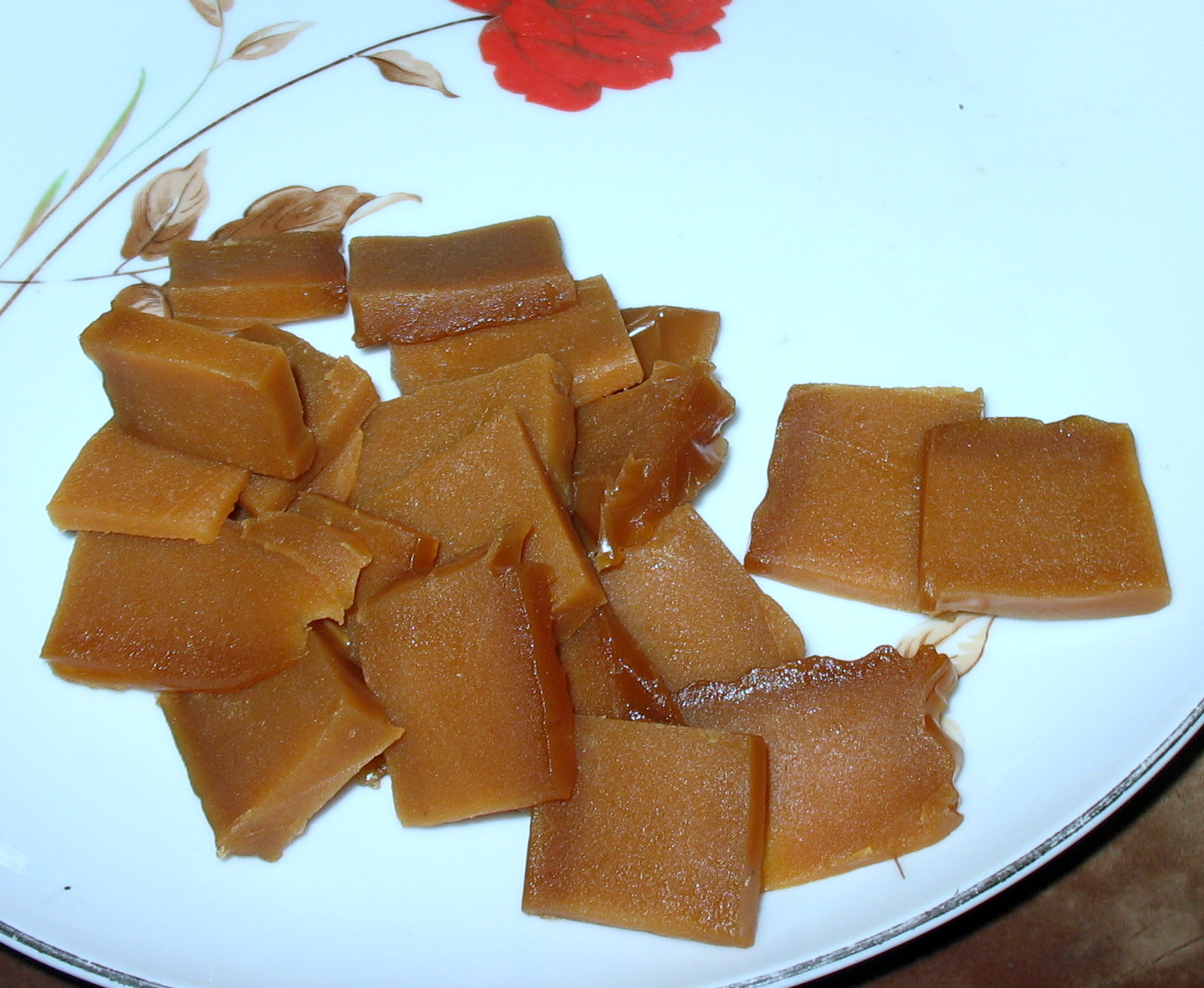 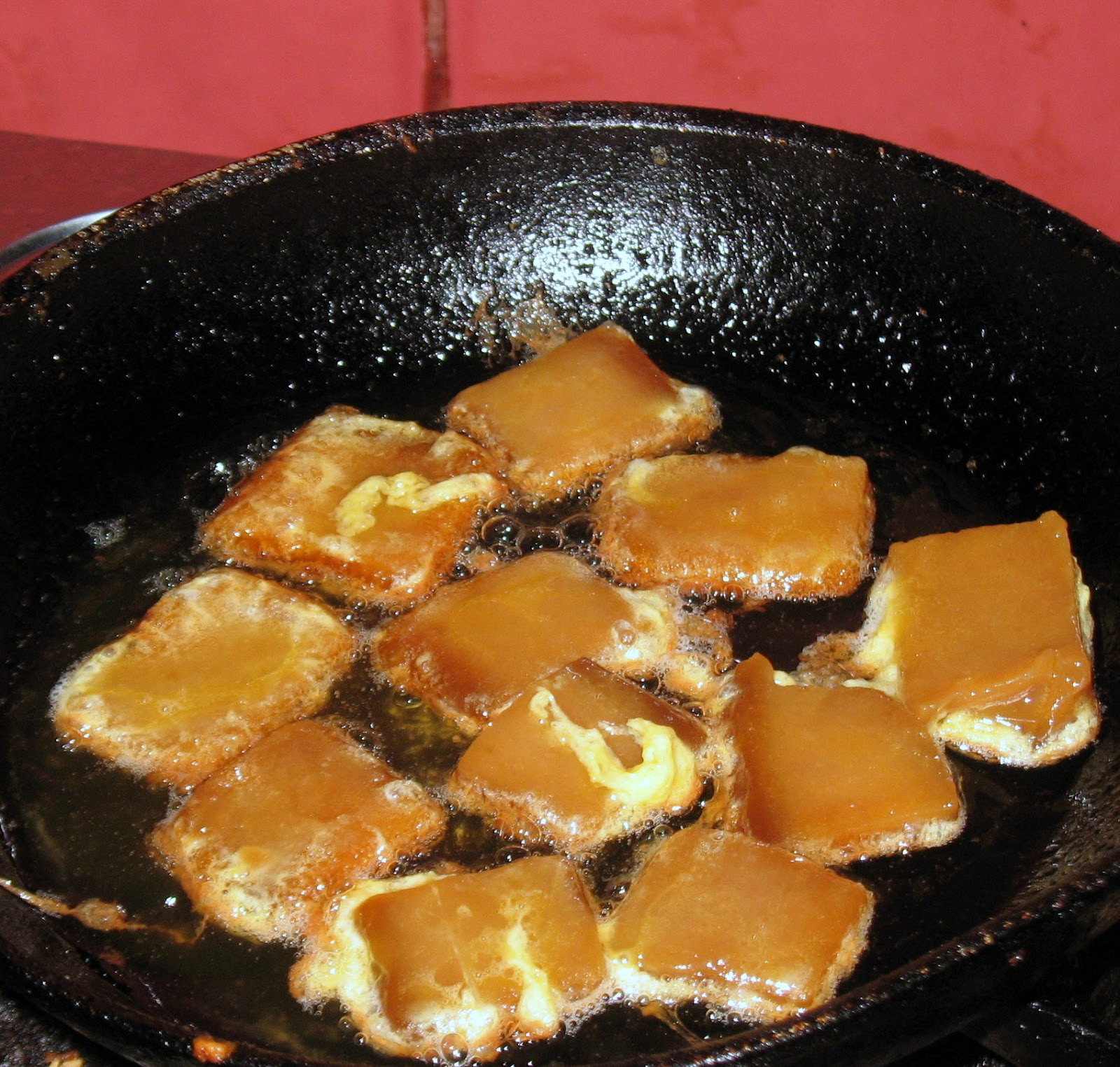 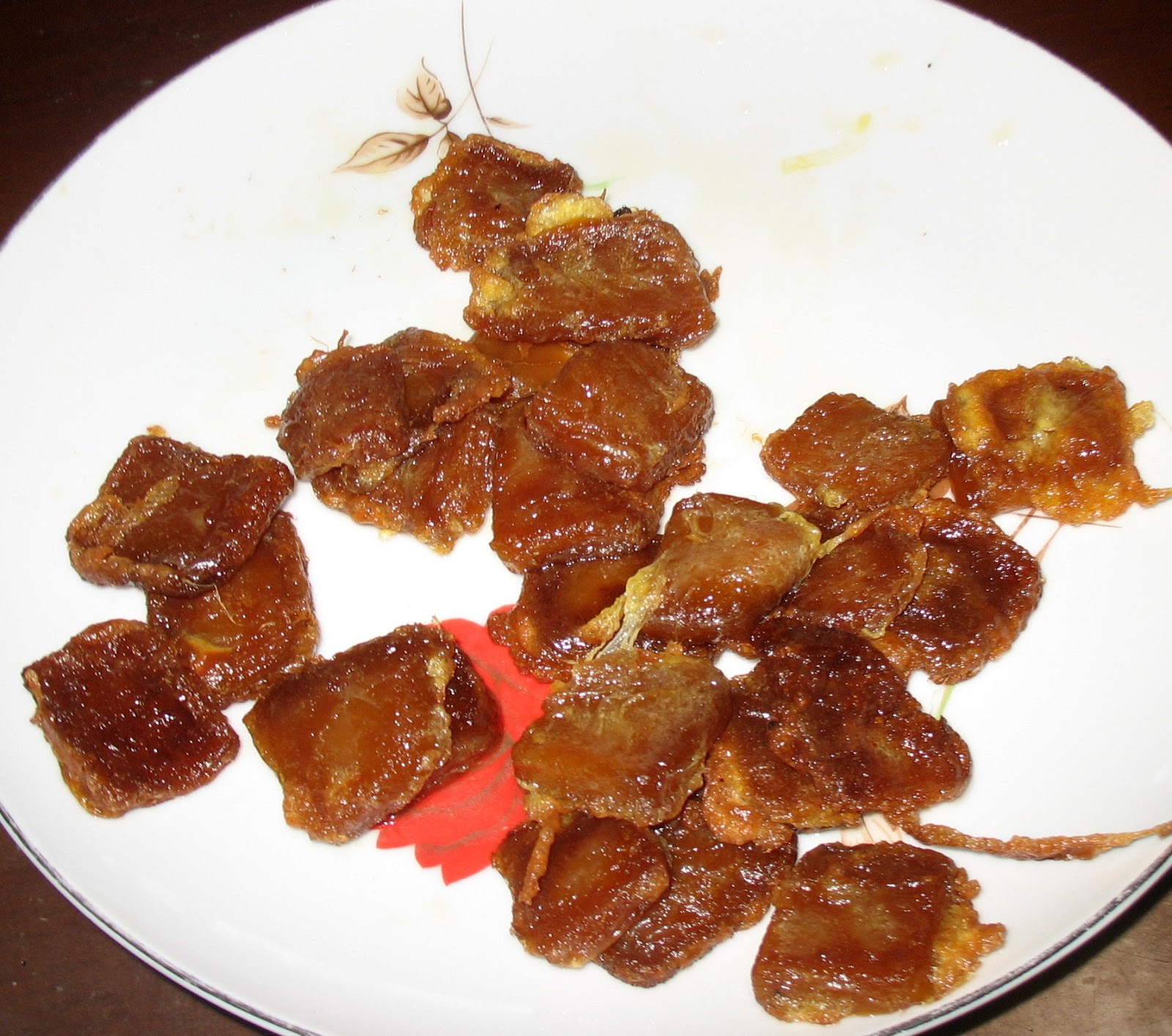 Maybe next time, I’ll try out more of their novelty variants such as Corn Tikoy, Pandan Tikoy, Strawberry Tikoy and Ube Tikoy, even after the Lunar New Year Celebration is over.