After a four-hour afternoon tour of Cebu, we asked our super reliable and kind tour guide slash driver to drop us off  at the city’s most affordable sellers of local delicacies.
Without batting an eyelash, he said, “Tabo-an Market!” 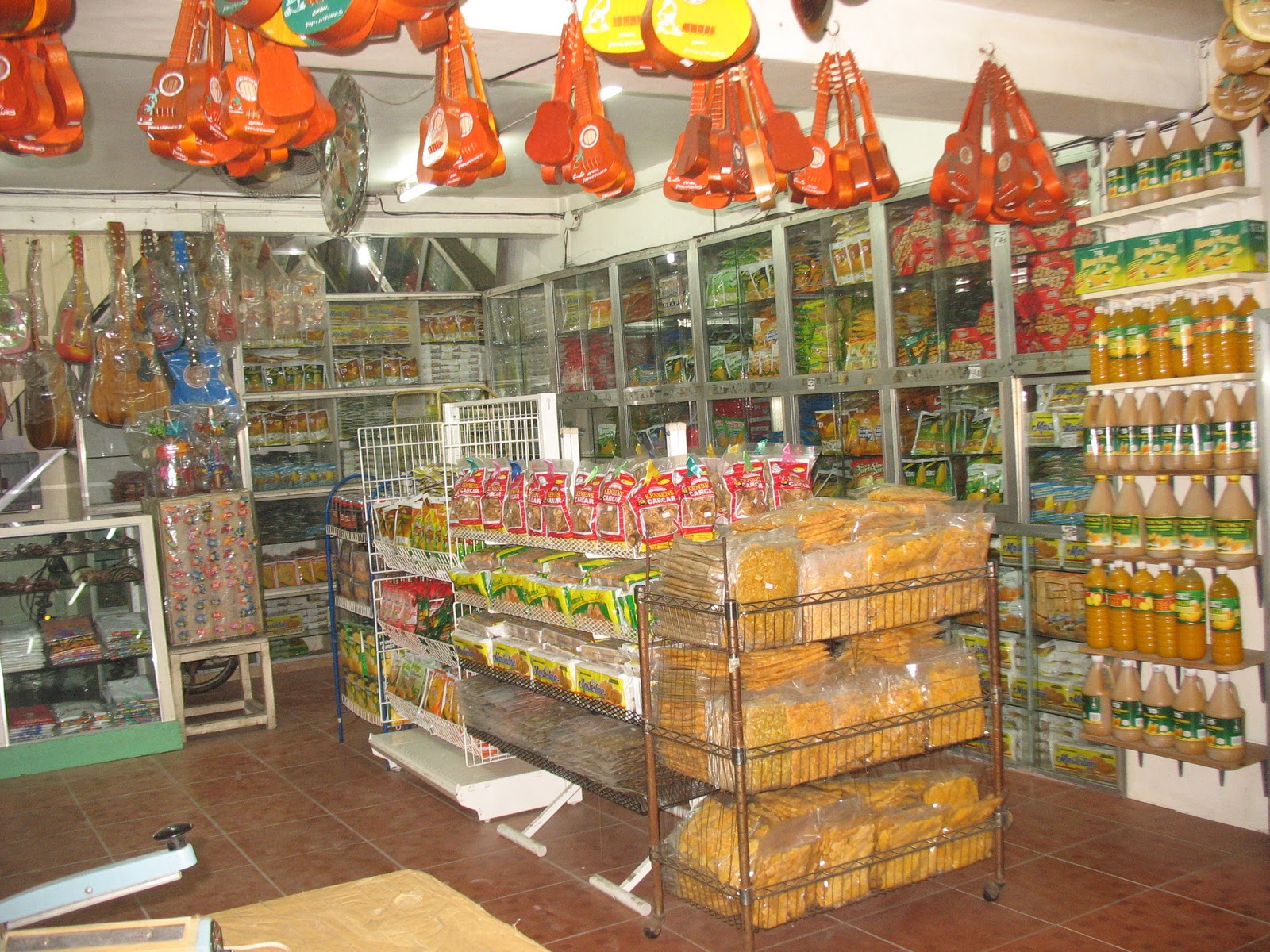 Inside one of the stalls at Tabo-an Public Market 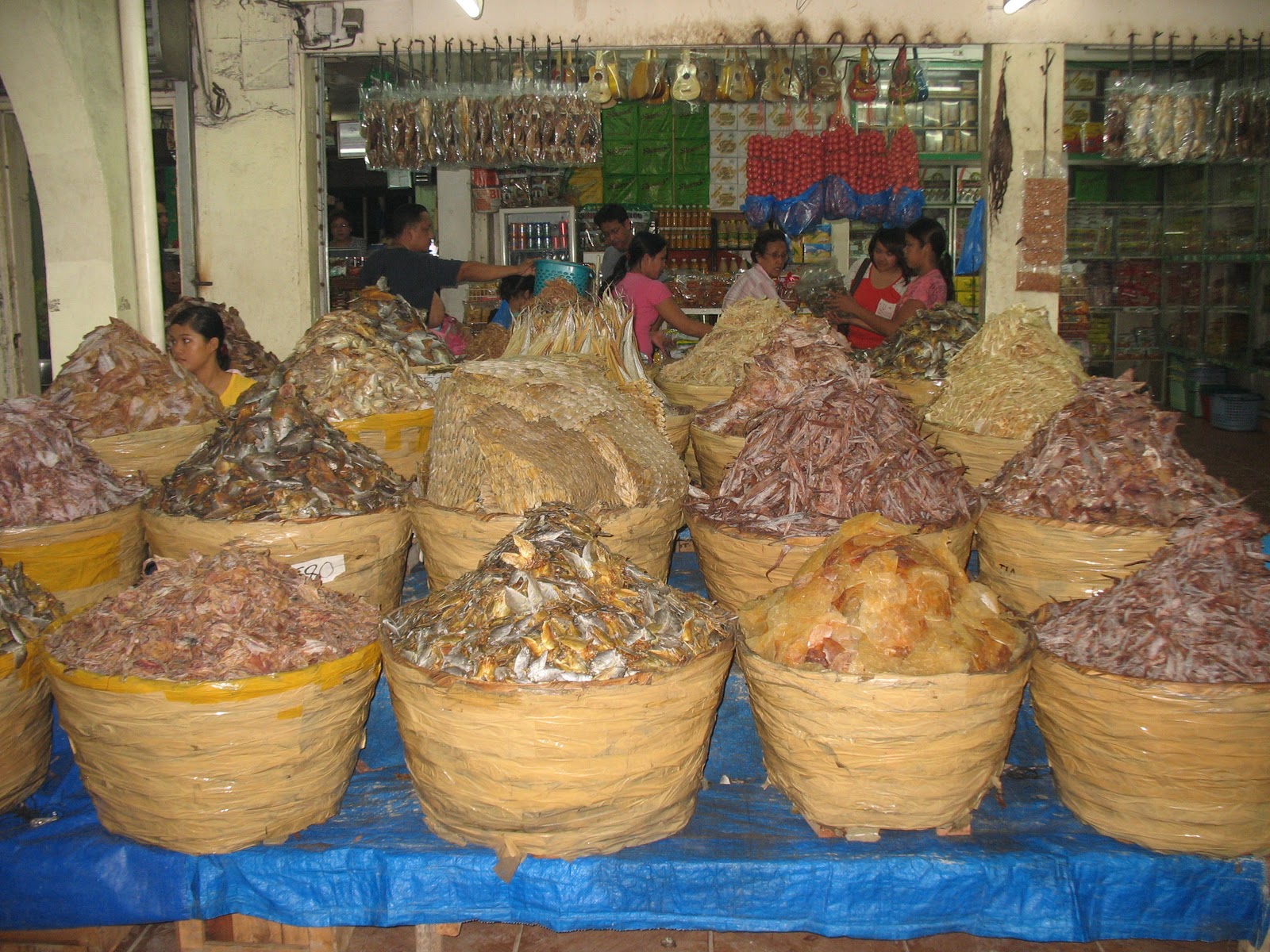 Tabo-an Public Market located in the heart of Cebu City seemed to be the go-to place of tourists for a good number of years now not just for their competitive prices but also for their wide range of products. From an array of interesting dried fish varieties top-billed by their well-loved danggit selling for around PHP 450 a kilo to an array of packaged pasalubong (delicacies), I thought that if only I had enough moolah with me, I could have brought home so much more goodies. 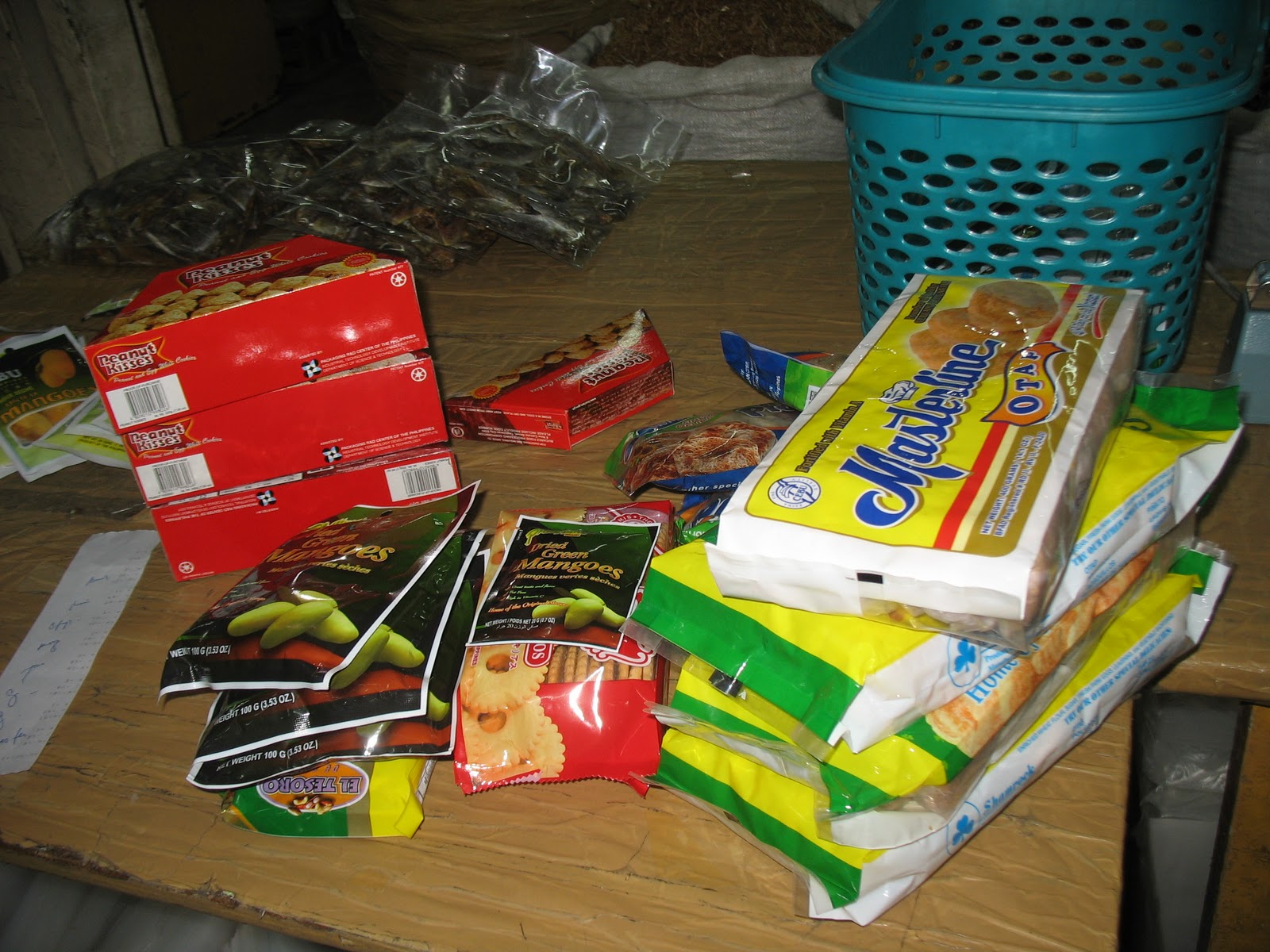 My choice of delicacies at the check-out counter

I’ve managed to bring home some remaining delicacies that I haven’t tried yet while we were in Cebu. As I’ve already mentioned in these two posts: Macanese Delicacies and Malaysian Delicacies– whenever we’re blessed enough to travel, I make it my primary objective to try out some local goodies to better appreciate their food culture.
Here’s a list of 7 types of Cebuano and Boholano delicacies that I’ve managed to try out during our trip. 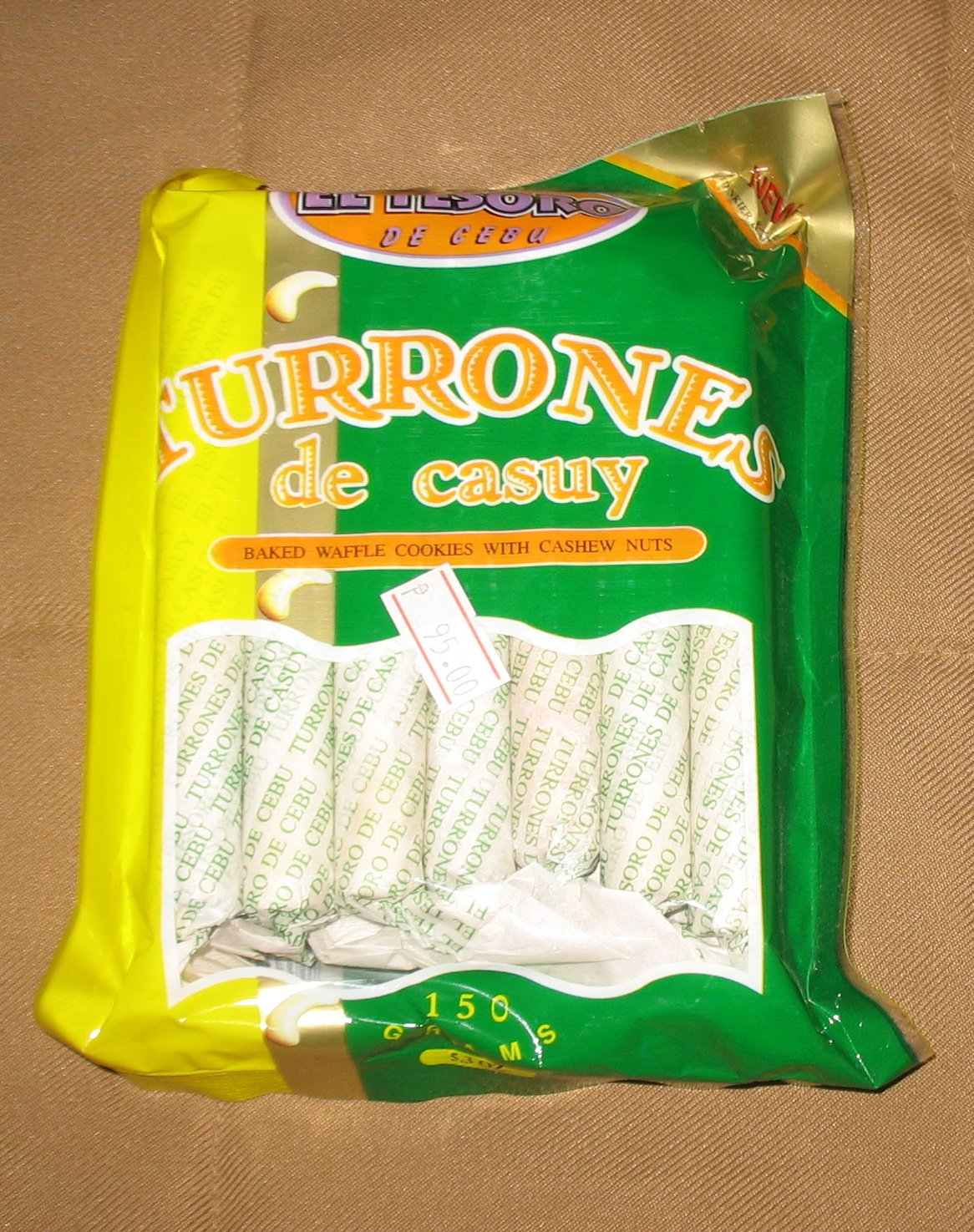 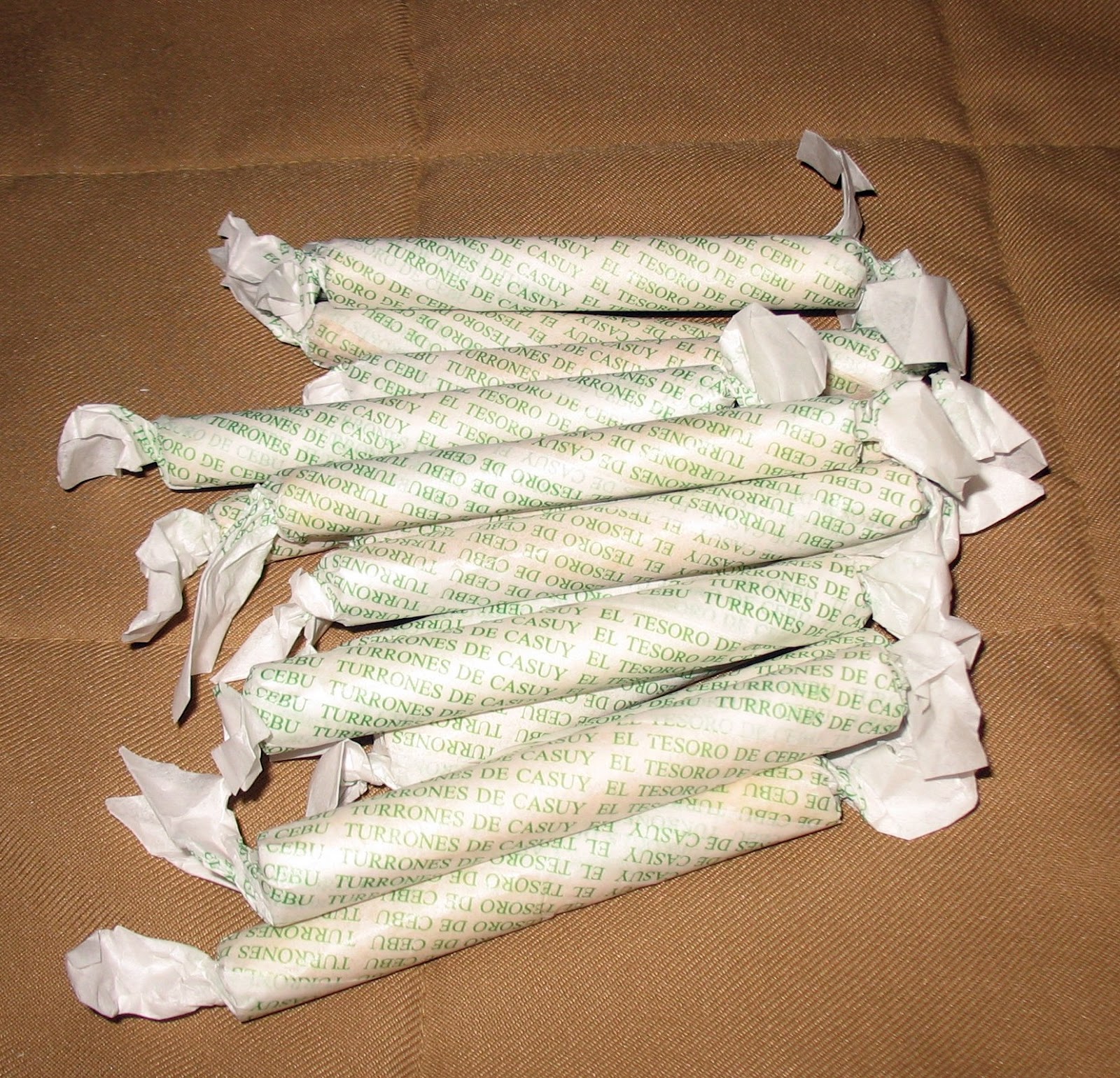 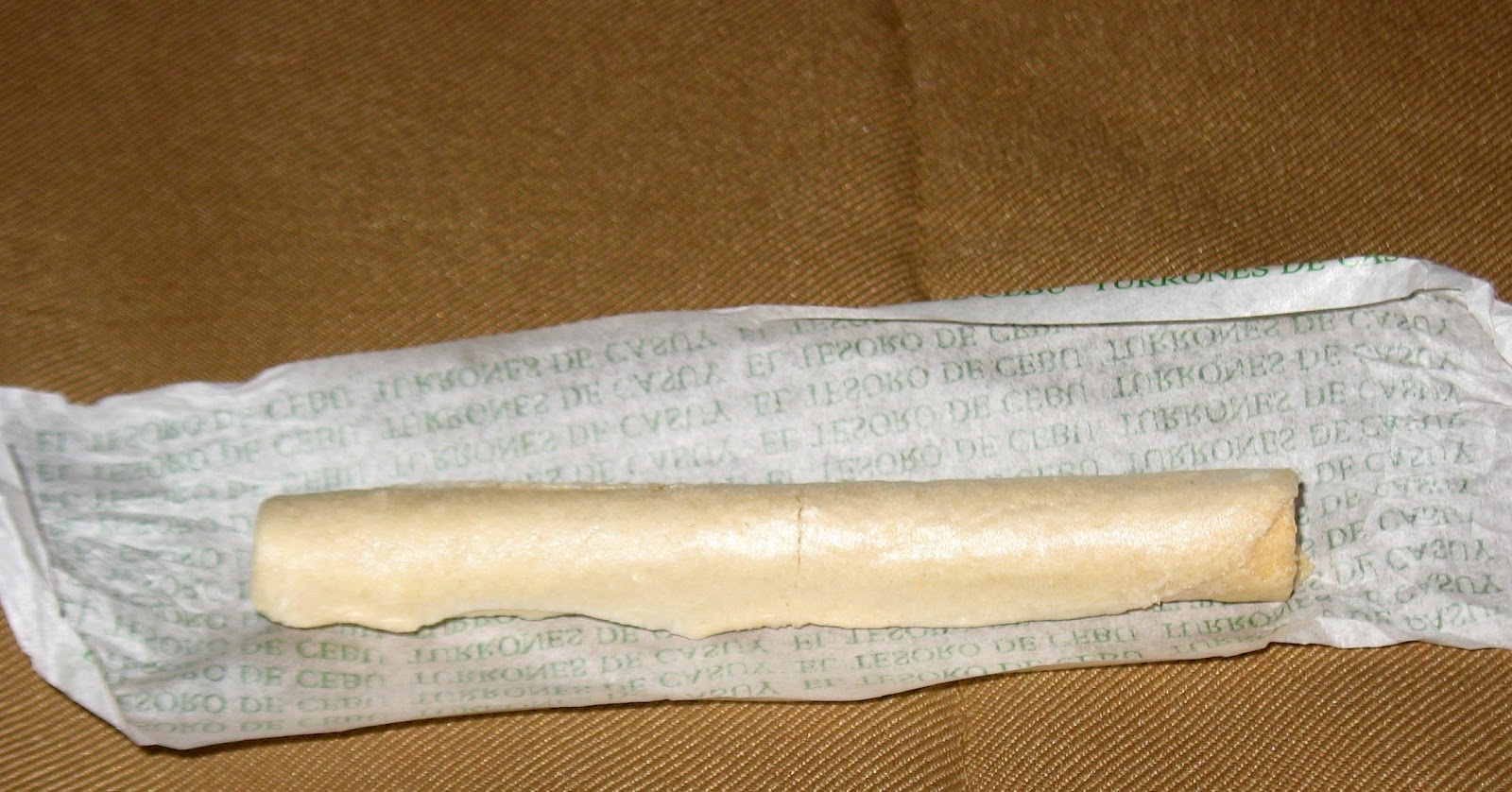 Turrones de Casuy is not intrinsically Cebuano but more of a Spanish confection adapted first by those from the province of Pampanga. To be quite honest, I’m biased to Turrones de Casuy because it brings back fond memories from my childhood. During our long drive back to Manila either from Lubao or Betis in Pampanga, my parents’ hometowns, daddy would stop by at one of the local stores to buy a box full of this amazing delicacy. I remembered biting into a carabao-milk colored edible paper wrapped around a tiny bar of (hard) marzipan. The Cebuano version however holds polvoron-like ingredients inside a crisp, rolled wafer. Despite the difference, I still enjoyed the confection so much that it just took me a few minutes to finish off the whole package! 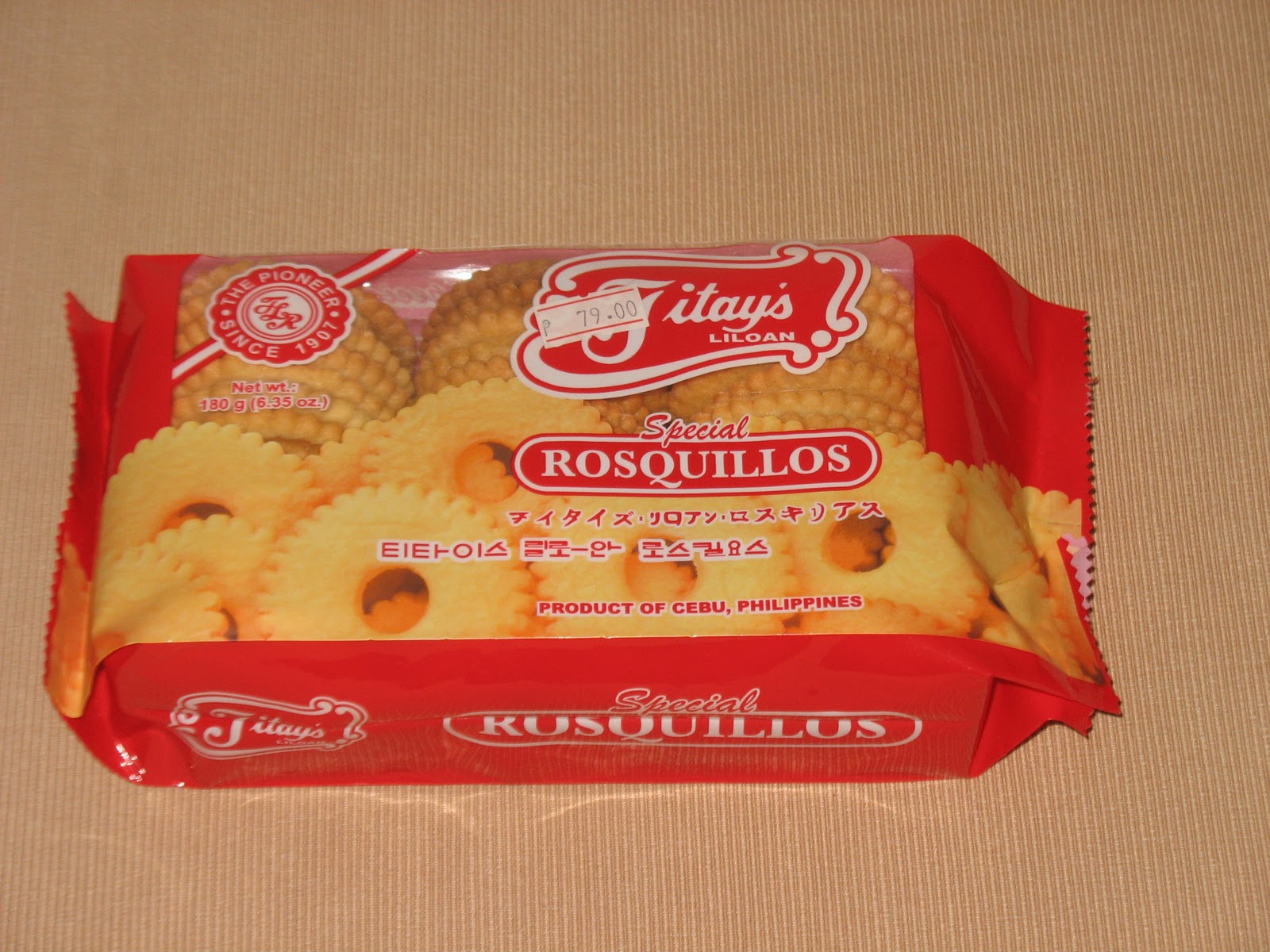 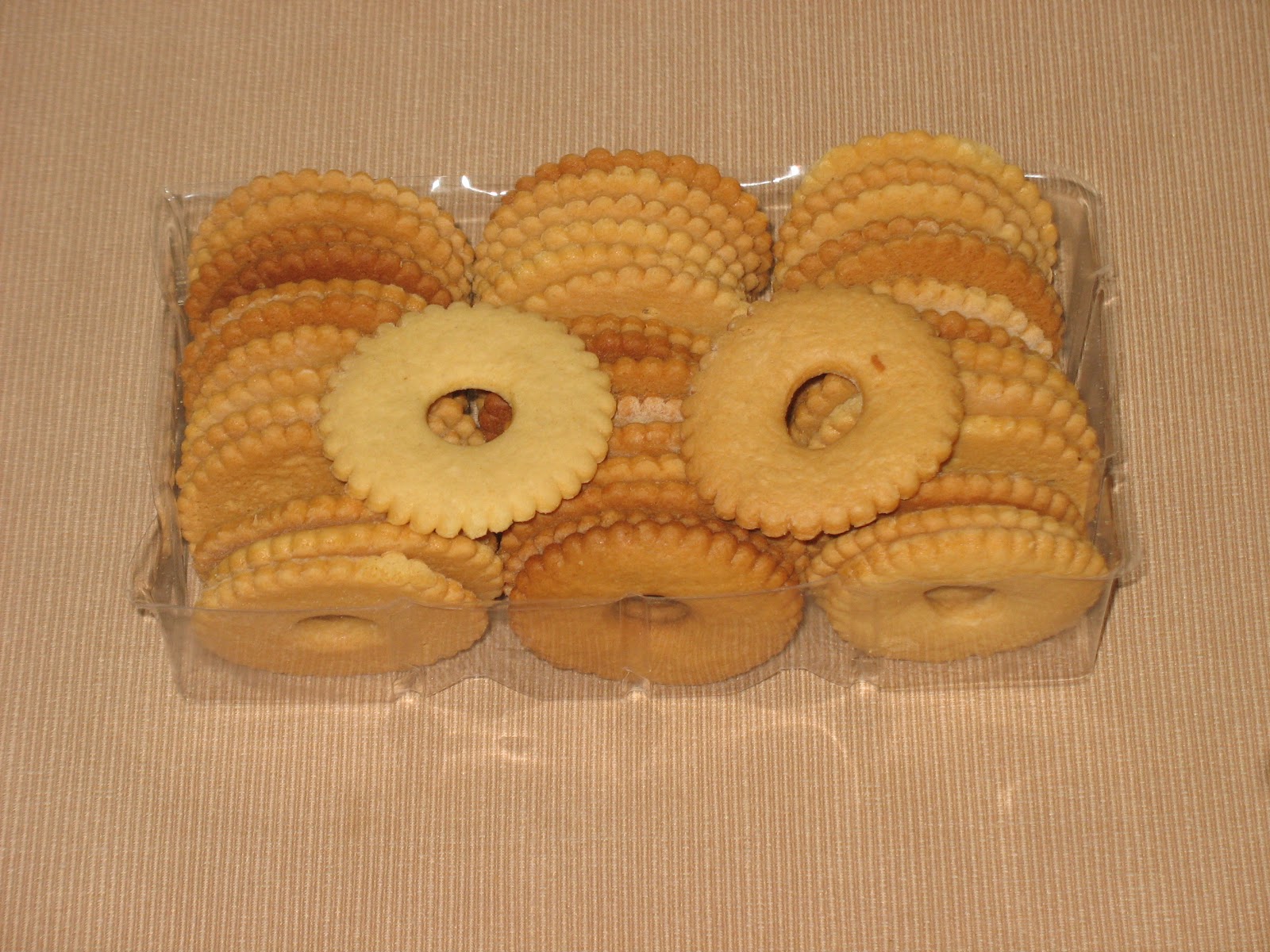 Semi-sweet cookies with a grainy consistency, Rosquillos are best known for their simplicity and no-frills elemental factor. Although I was not really taken by these to some level, I still found some enjoyment just munching on them out of boredom. When paired with a cup of java or herbal tea, the cookies are transformed into something interesting perhaps synonymous to what happens to a plain donut when enjoyed with a cup of hot cocoa. 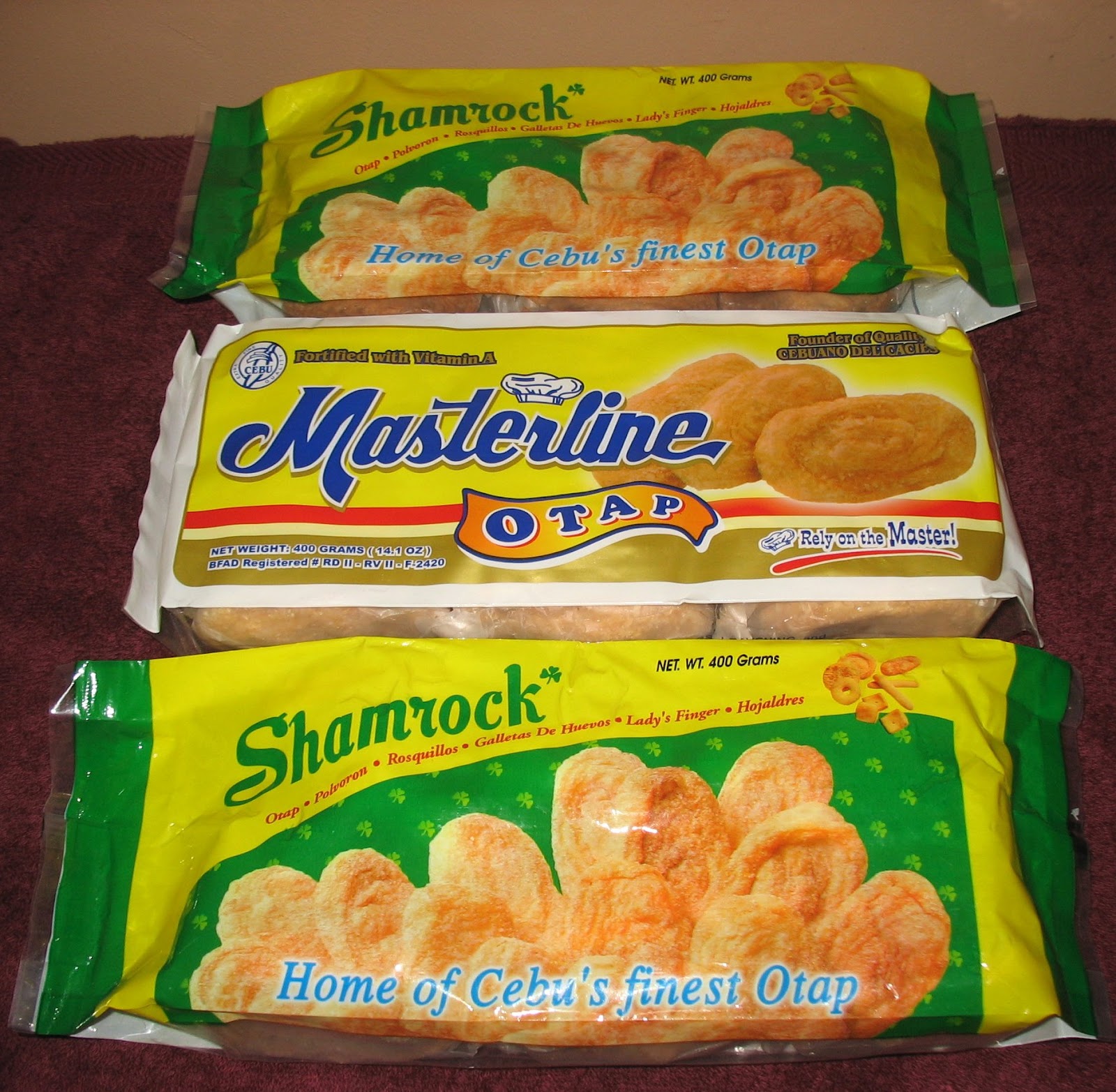 Otap is an oval biscuit made out of flour, shortening and coconut with a generous dusting of sugar. Shamrock and Masterline are two of the most popular manufacturers of otap in Cebu. After trying both brands, I favored the Shamrock Otap more because it was much softer than Masterline which for me is an essential factor in eating otap. 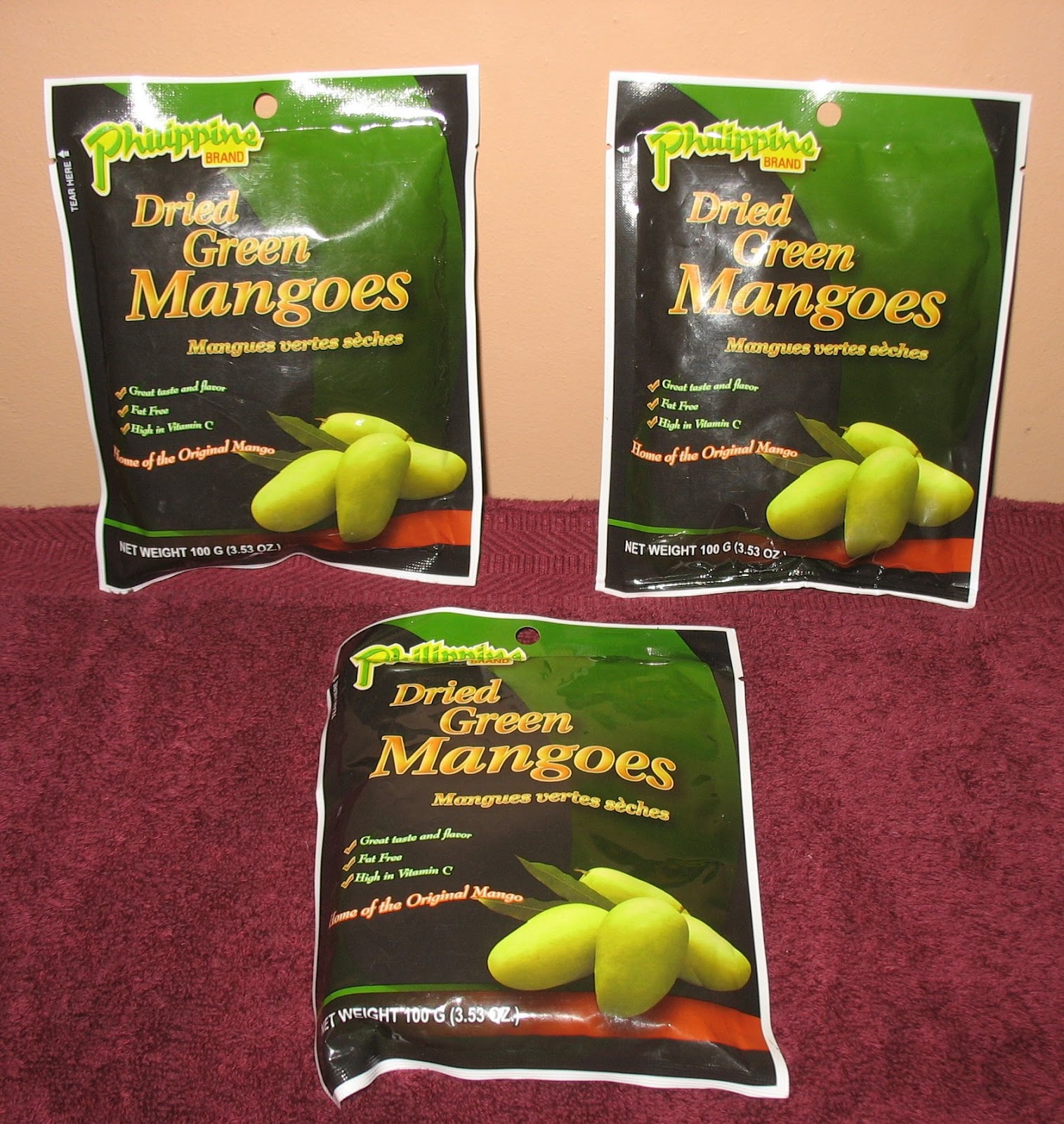 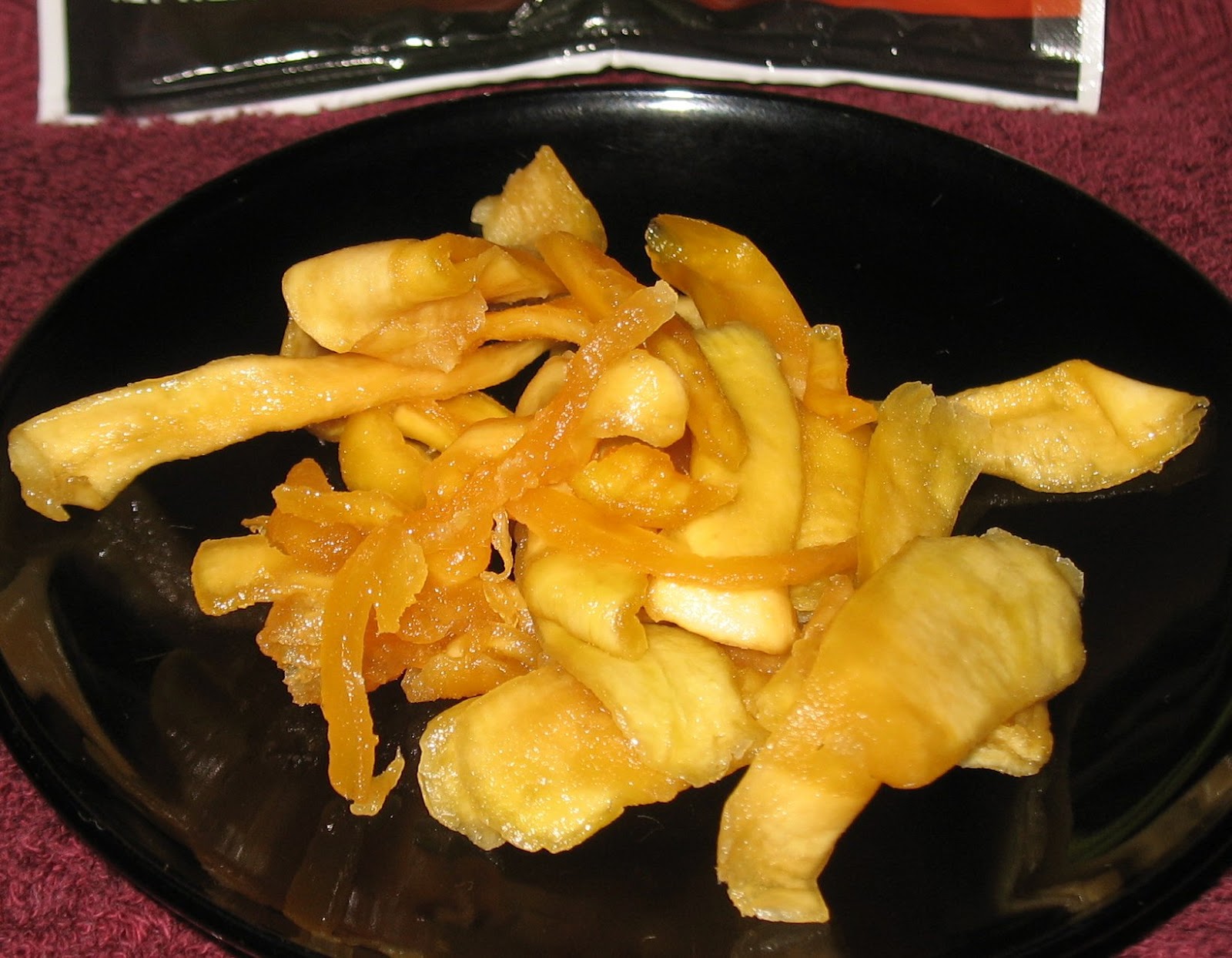 Since I love green mangoes to death, it was natural for me to appreciate the delicacy’s tangy sweetness. Unlike its sibling, Dried Ripe Mangoes, the green mango variant is less sweet and more tart than usual making it one of my all-time favorites. Good news! Both these variants are available at major supermarkets nationwide for roughly the same price. 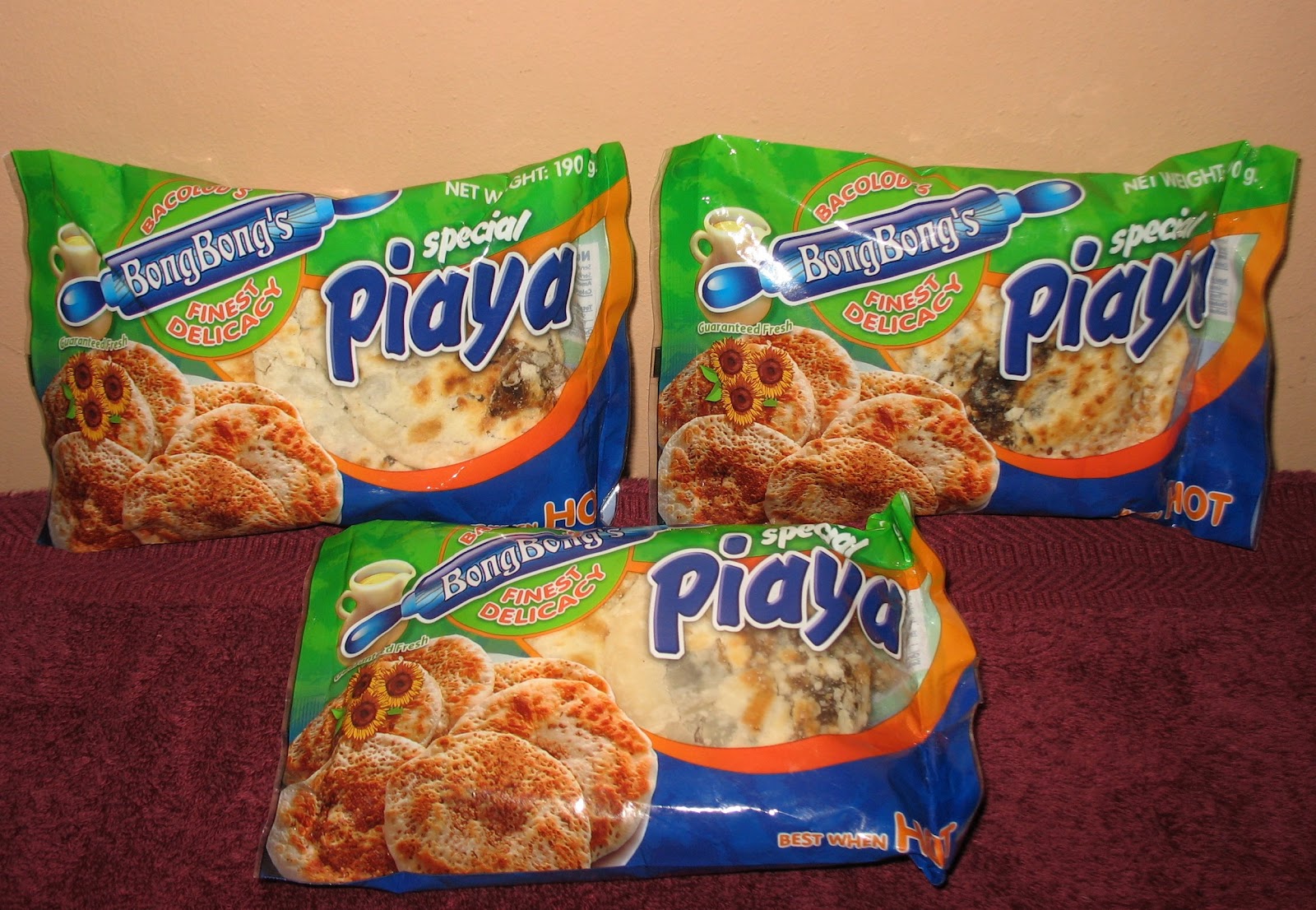 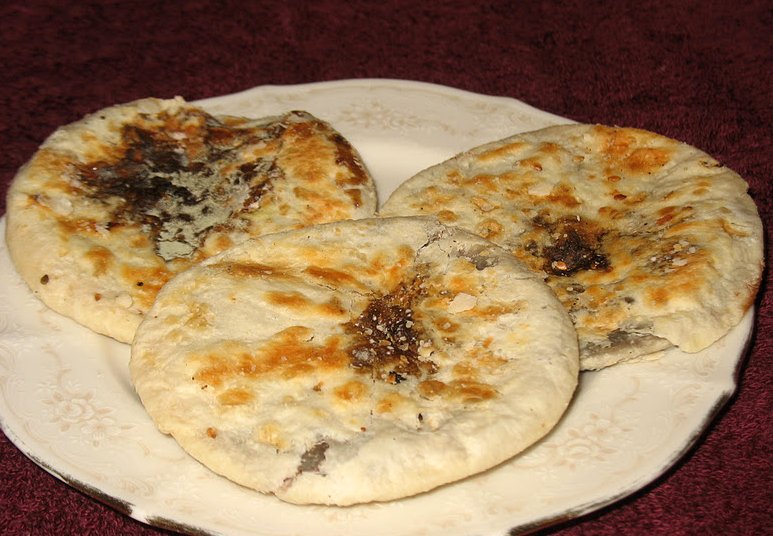 Bongbong’s Special Piaya is essentially a popular delicacy manufactured in Bacolod City, the capital of  Negros Occidental. Due to its growing popularity, Bongbong’s has managed to supply this delicacy along with several more namely Banadas, Biscocho, Barquillos, Butter Scotch and Pastillas de Manga to nearby provinces such as Antique, Iloilo, Dumaguete and of course Cebu.
I chose their piaya because I’ve been craving for one ever since our arrival. Somehow I wished that Bongbong’s made their unleavened bread much thinner. When it comes to the their mozcovado (raw) sugar filling, I thought it had that degree of thickness that complemented the bread’s flaky nature. A platito (saucer) on stand-by proved to be a best friend since I didn’t want to spend the day just cleaning all the crumbs on the floor. 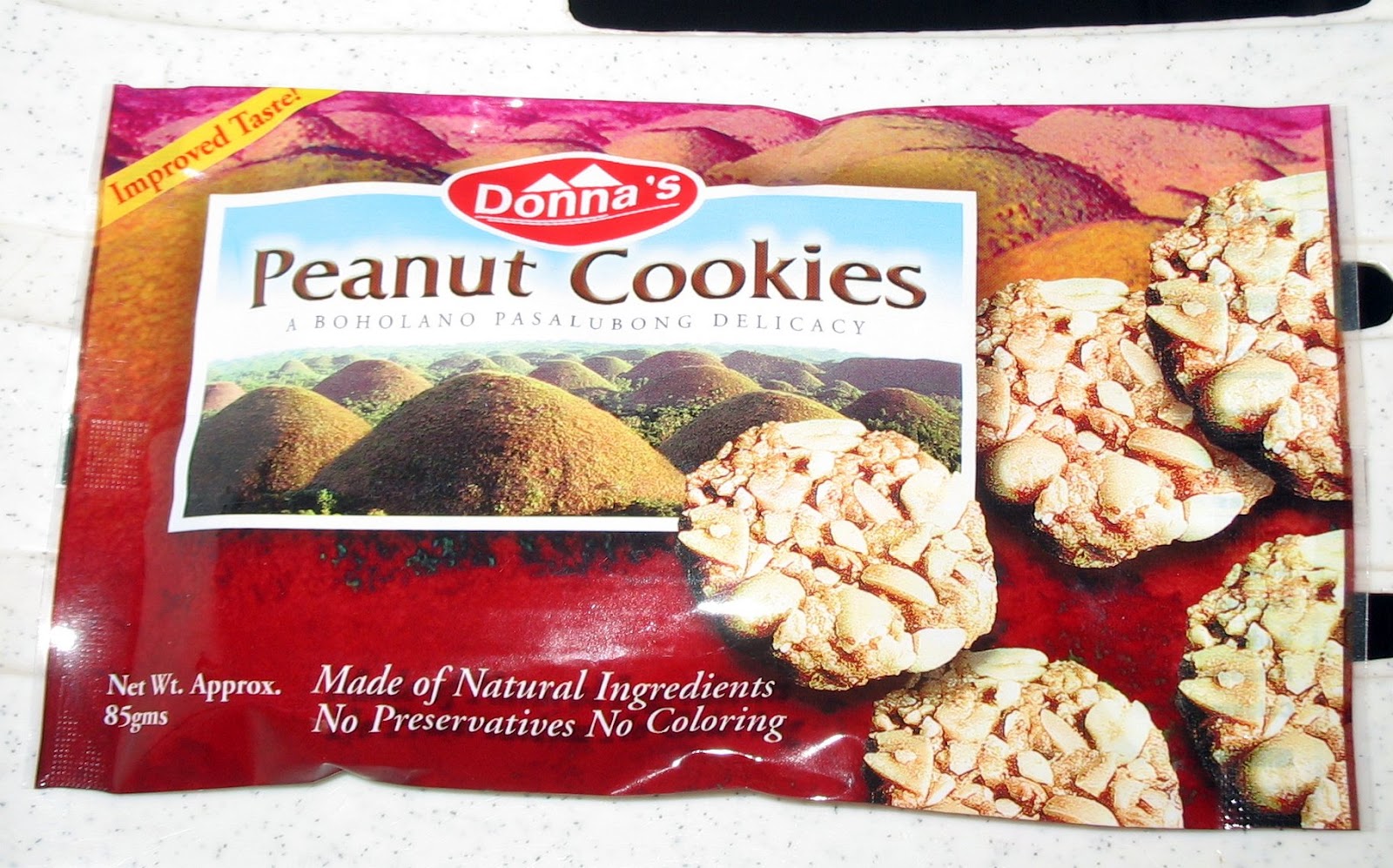 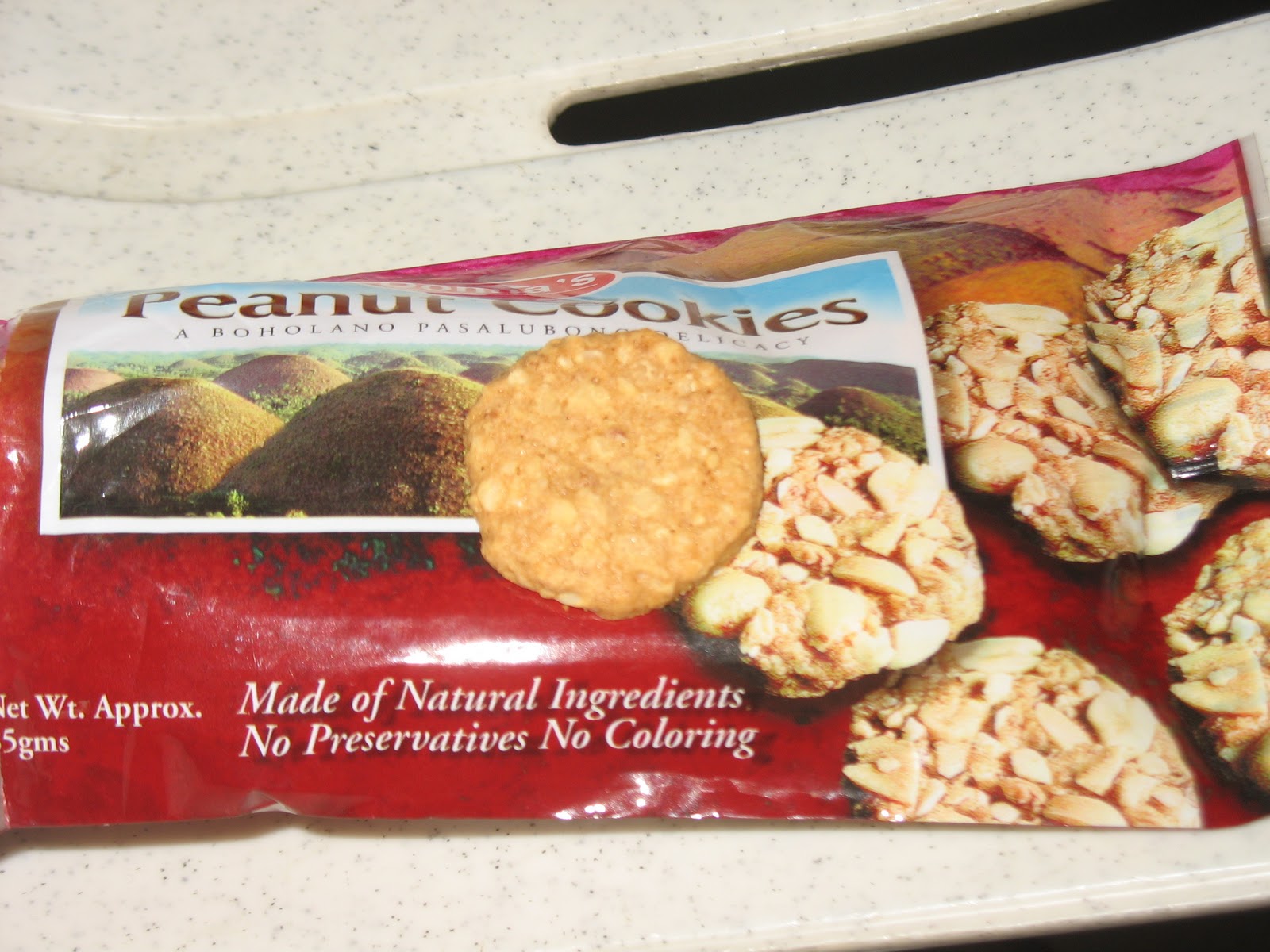 Made of peanuts, cane sugar, egg whites and vanilla, these cookies were every bit of fun to eat. I adored them enough to finish them off in one sitting. I bought this package from a 24-hour convenience store located inside the Tagbilaran Port in Bohol which proved to be an enjoyable snack while waiting for our ferry back to Cebu. 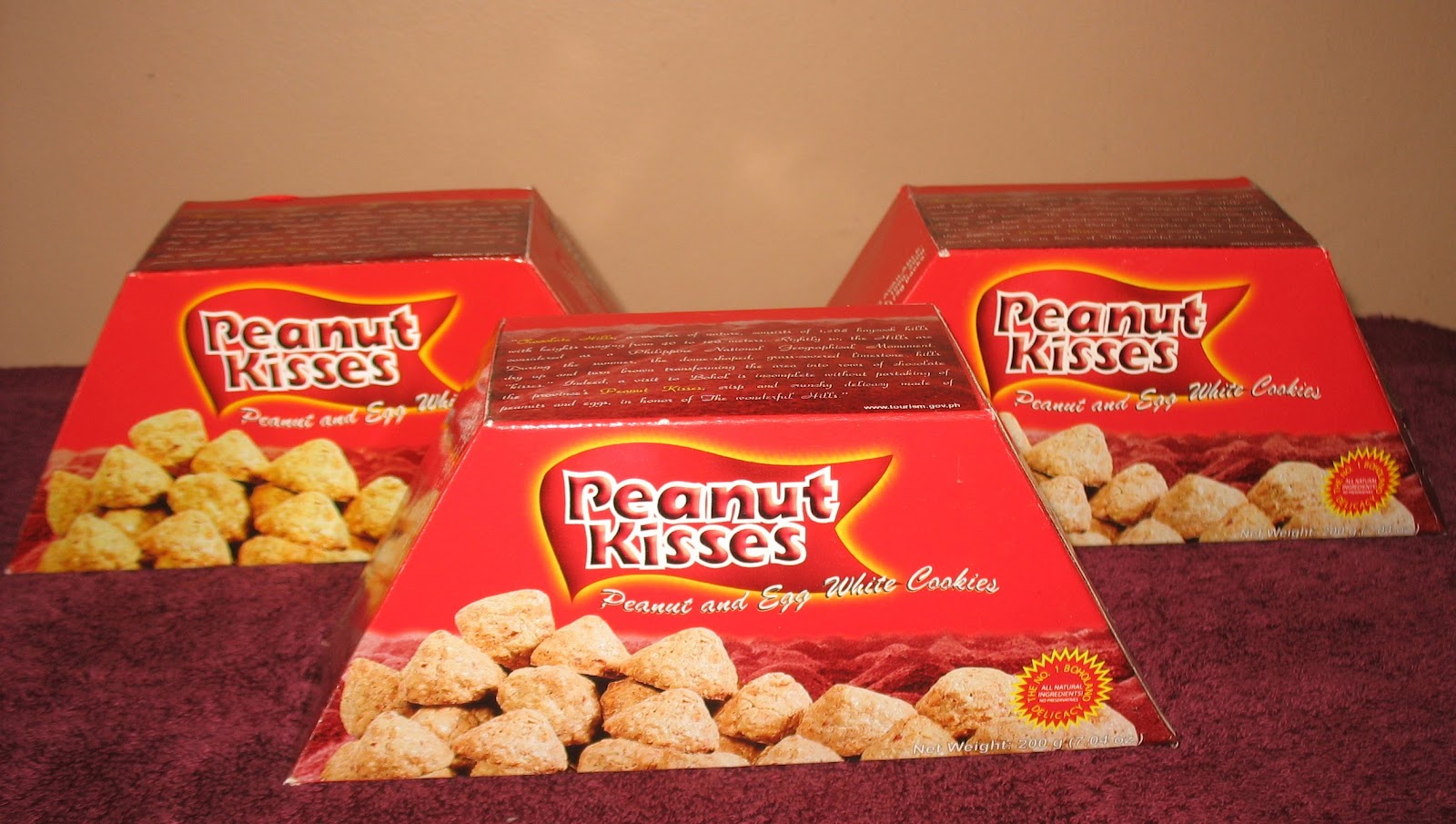 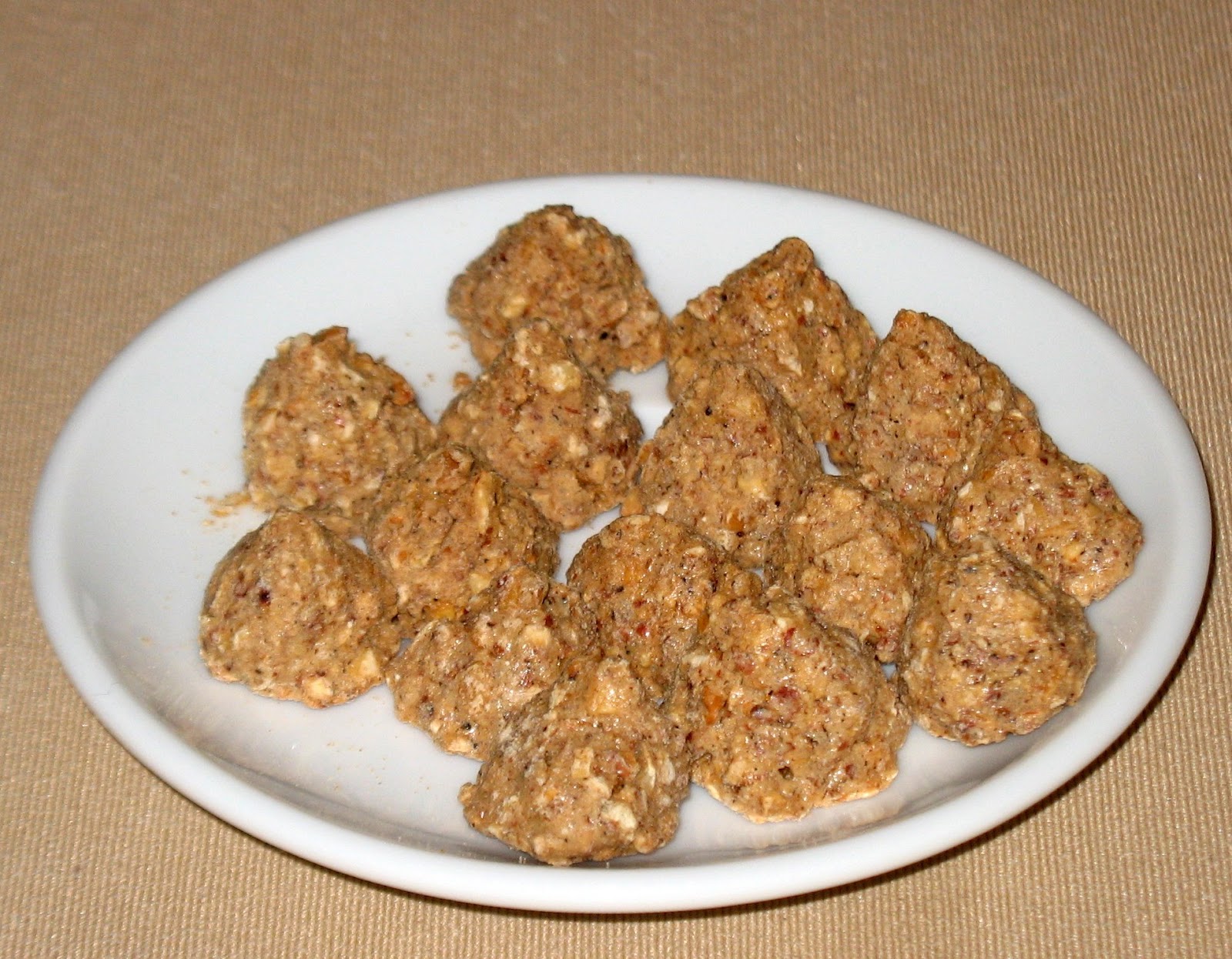 Peanut Kisses are the undisputed number one Boholano delicacy! They are created out of the same basic ingredients as the Peanut Cookies but shaped like Hershey’s Kisses as a fitting tribute to the glorious Chocolate Hills of Bohol! Crunchy, sweet and with slivered peanuts in every bite, it’s no wonder why this unique confection remains to be one of the most popular delicacies not only in Bohol but also in Cebu. Proof was that Tabo-an Market had stockpiles of Peanuts Kisses for both tourists and locals alike.
Taboan Public Market
B. Aranas St.
Cebu City

yehey!!! Cebu is my hometown 🙂 and those delicacies that you've posted made me feel back home for a minute 🙂

One travels more usefully when alone, because he reflects more.

I love rosquillos, piaya and those peanut goodies! I also love the bananas covered with melted sugar.

Hey Guys, you can order Cebu products even if you’re in Manila via http://www.cebubestdelicacies.com