I consider a particular country/region’s range of delicacies to be an exquisite way in discovering a part of its glorious culture. That’s primarily the reason why I LOVE shopping for these types whenever we are blessed enough to travel. I’ve heard that Kuala Lumpur has some of the best delicacies in Southeast Asia and after having tasted the following, I think that I have to agree.

Here are 6 delicacies I’ve chosen and bought from Oloiya by Syarikat Kiew Brothers, a popular distributor of Malaysian delicacies. I understand that they have lots of branches in the region but I’ve been to only two-the one at Pavilion Kuala Lumpur and the other one tucked away along the famed Jalan Alor streets which sold all of these delicacies for around 2 RM or PHP 28 less. Anyway, allow me to share with you some of the great-tasting treats I bought that rainy day in December 2011 at Pavilion KL. 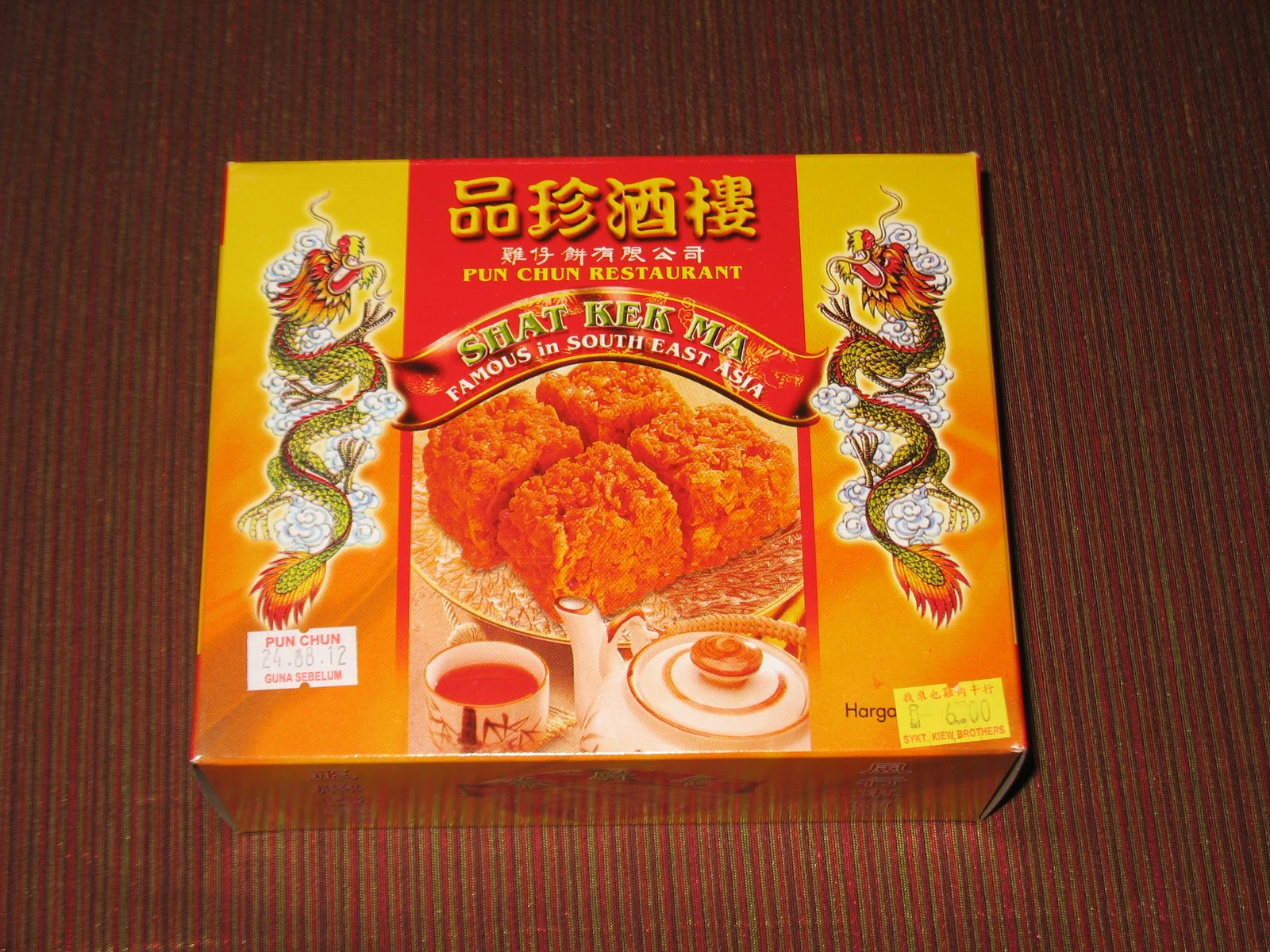 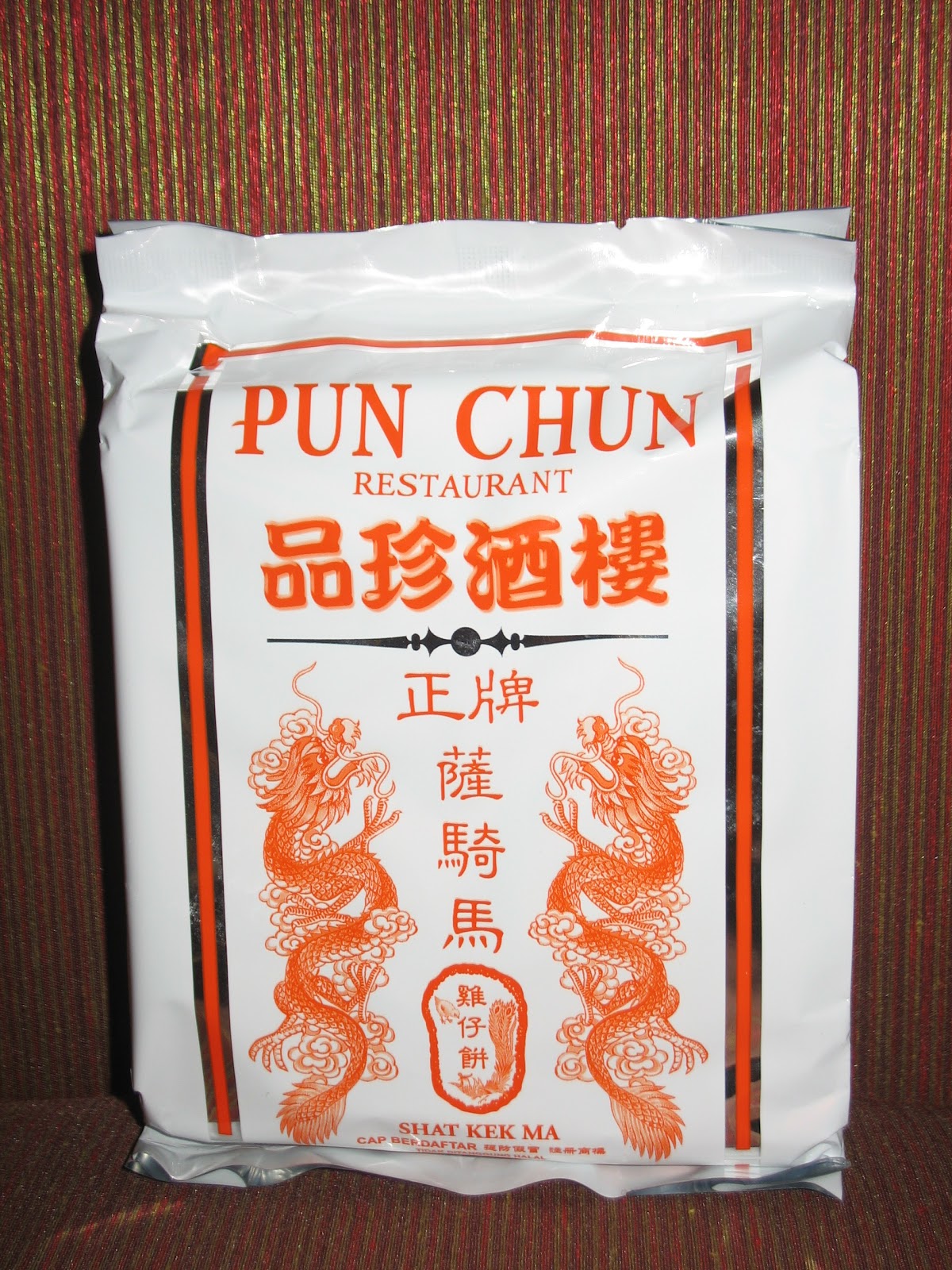 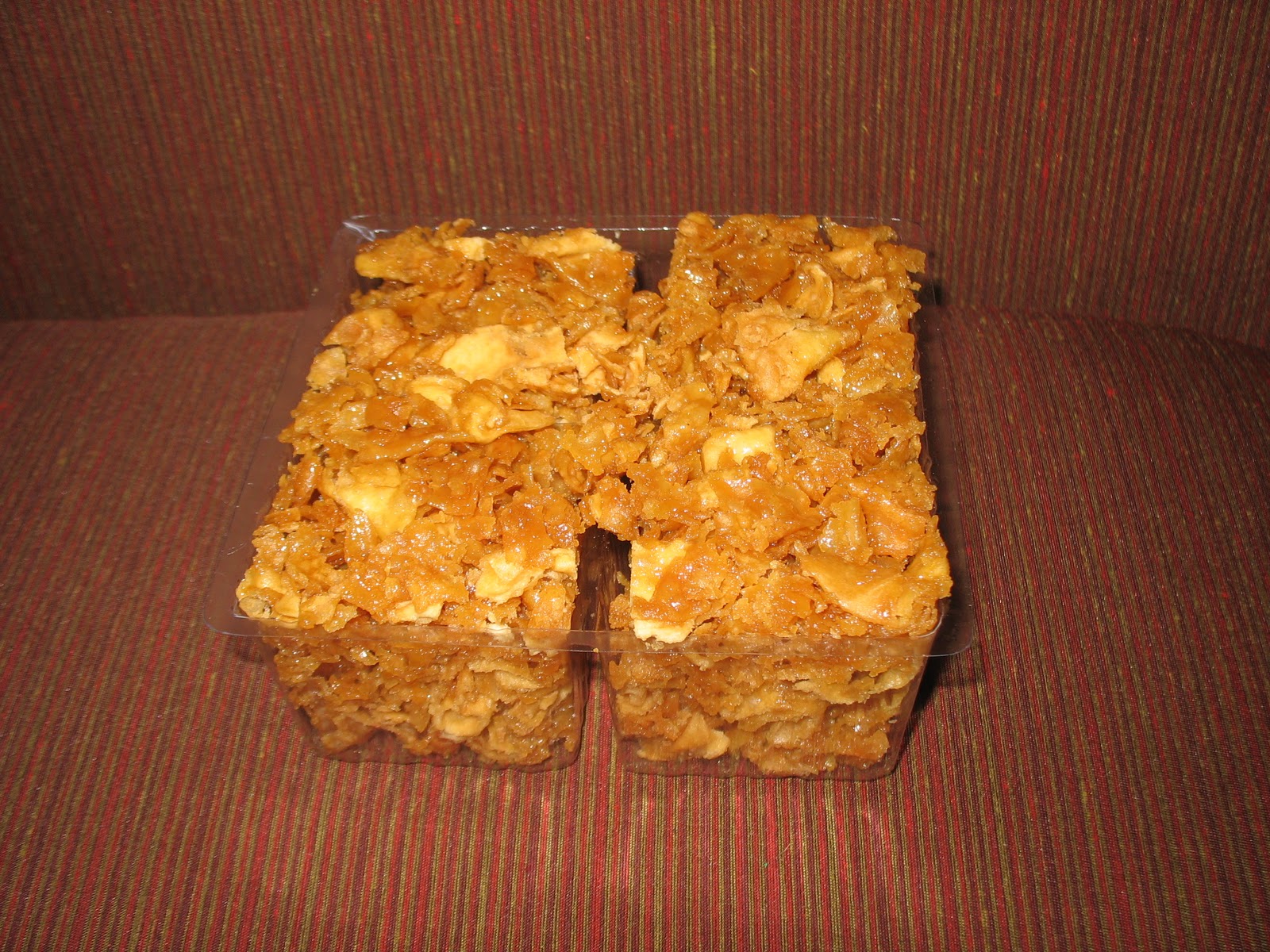 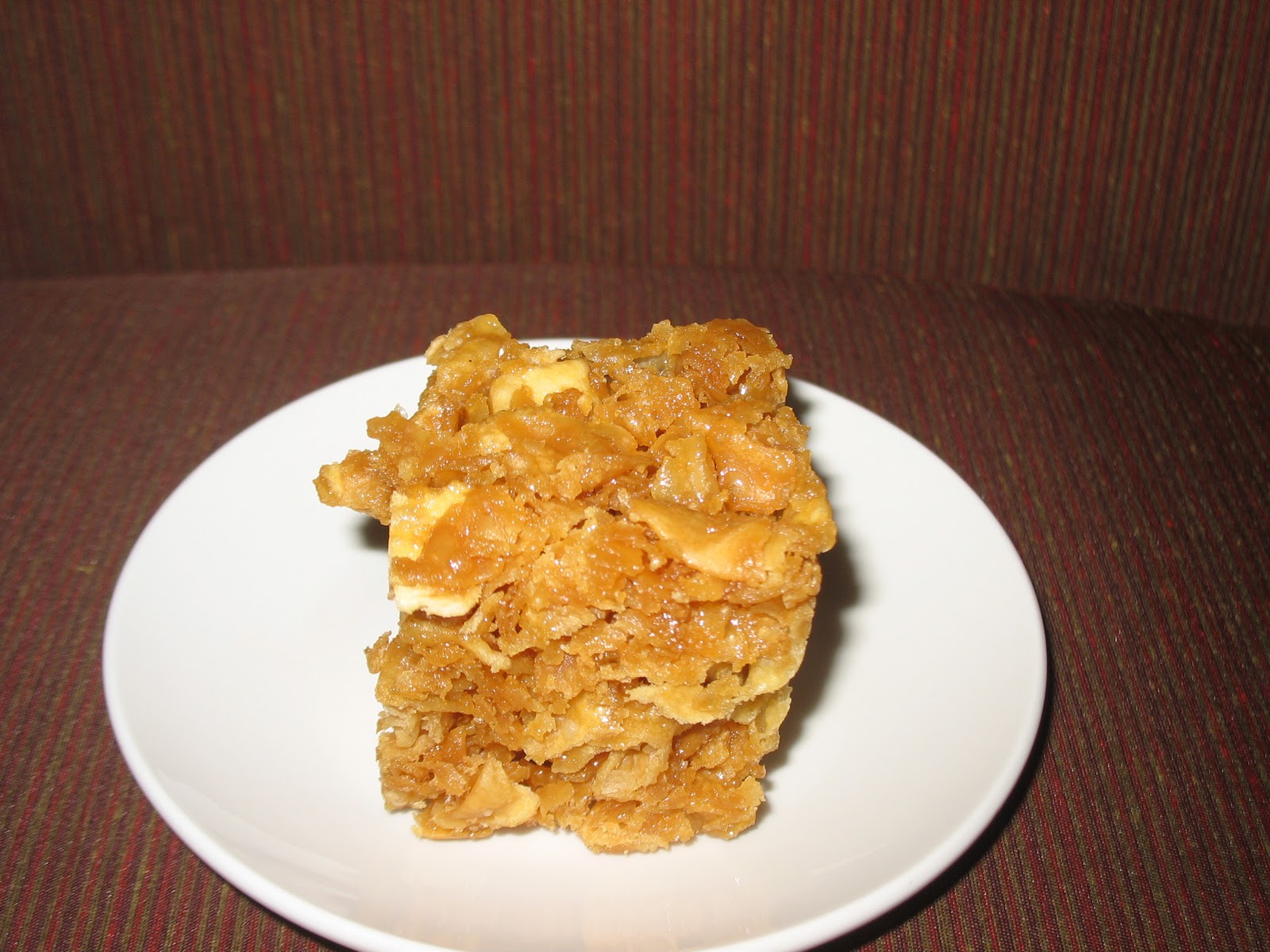 Made of flour, wheat molasses, sugar, cooking oil and eggs, this tasty snack is made by Pun Chun Restaurant located in Perak, Malaysia but widely distributed by Syarikat Kiew Brothers. Honestly, I was a bit intimidated at first by the rather thick portion, but the snack’s soft nature won me over instantly. It tasted like banana chips broken down and put together in several layers to produce some crispness but softness at the edge. Although it might not be the healthiest snack there is but Shat Kek Ma was so delish I wasn’t able to stop at just one piece. In fact, I ate the whole box in one sitting considering its enormous size! Well, I guess it’s not bad to indulge once in awhile… 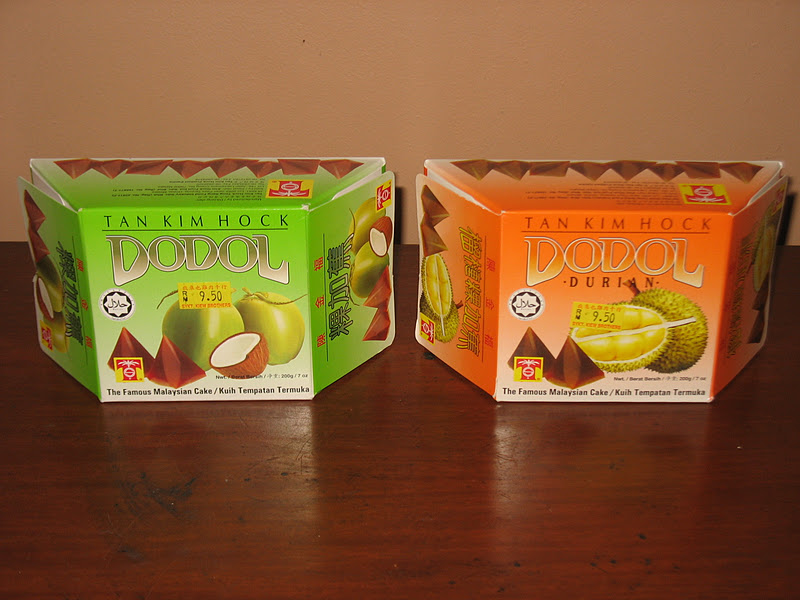 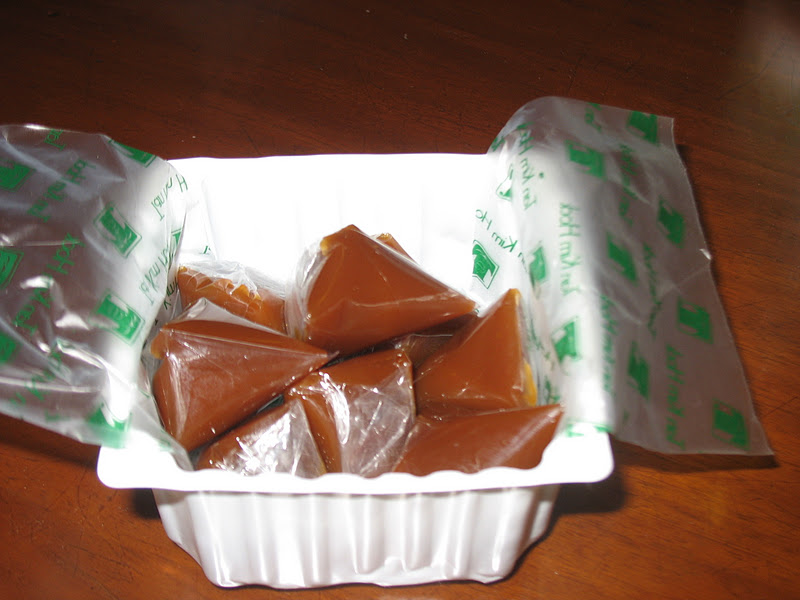 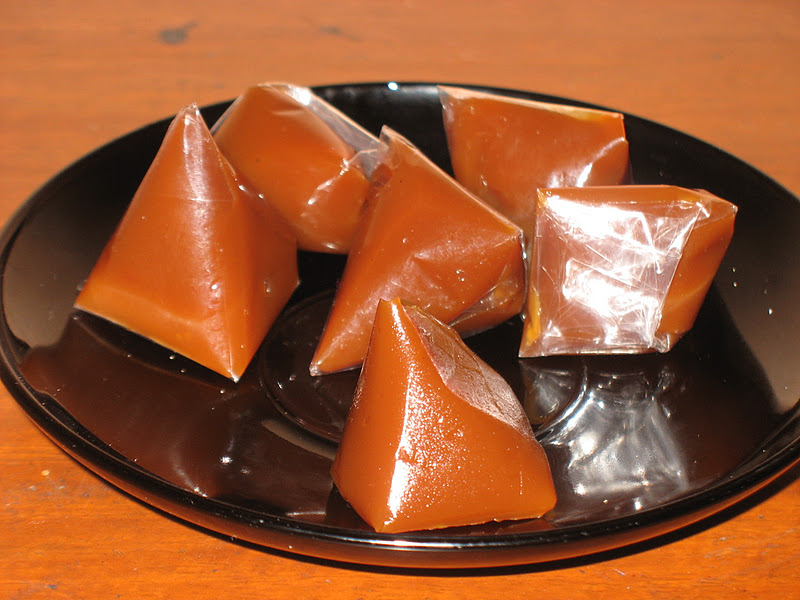 Malaysian Dodol comes in a variety of flavors but I chose only two: Coconut and Durian. This toffee-like delicacy is really sweet but beautifully incorporates its featured flavor to the core. You see, Dodol is a bit al dente than  our native yema but certainly softer than the caramel candies we have around. I loved both flavors but most of my family  members enjoyed the coconut variant more since they were not big fans of  durian. 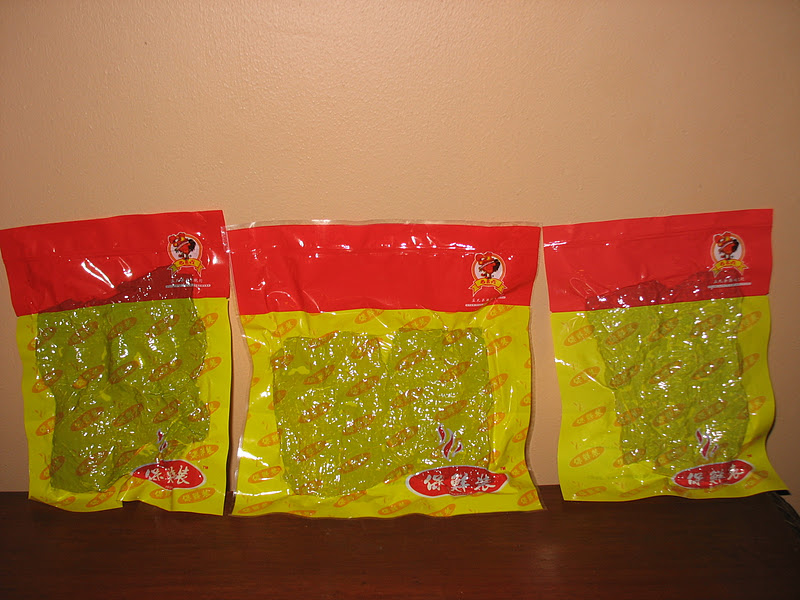 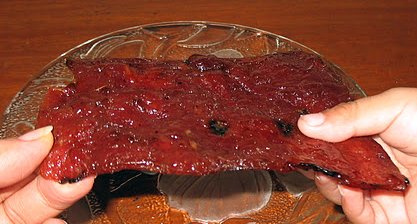 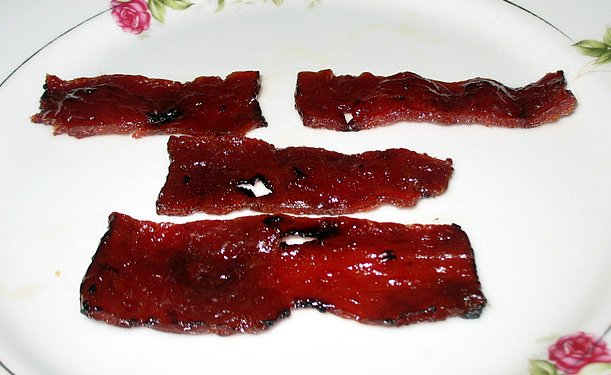 What can I say but just amazing things about this delicacy. I don’t mean to offend anyone, but in my opinion, the Beef Jerky From Macau which I tried before pales in comparison with its Malaysian counterpart. What amazed me was that Bala and Tutapel who didn’t like the Macanese Beef Jerky one bit, absolutely enjoyed the Malaysian version. I totally understand them for the smoky barbecue flavor and soft sweet meat have won my heart too! And the fact that I can eat it either with rice or without (as a snack), even cooked or fresh from the package, is a testament to its versatility. 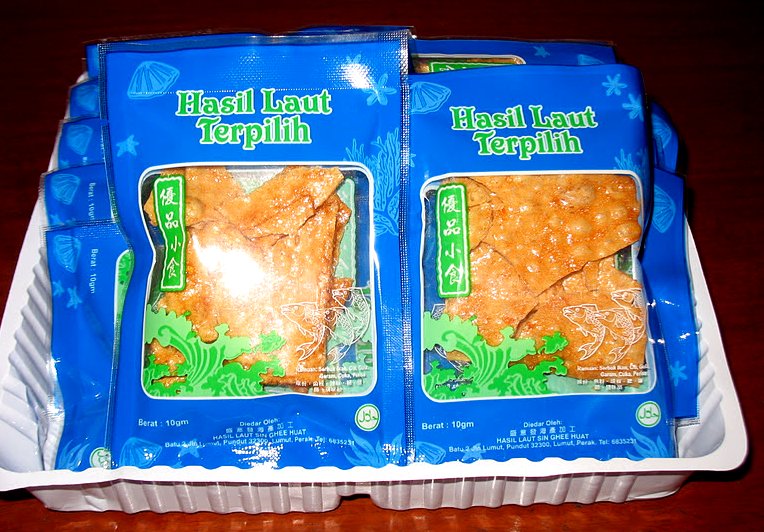 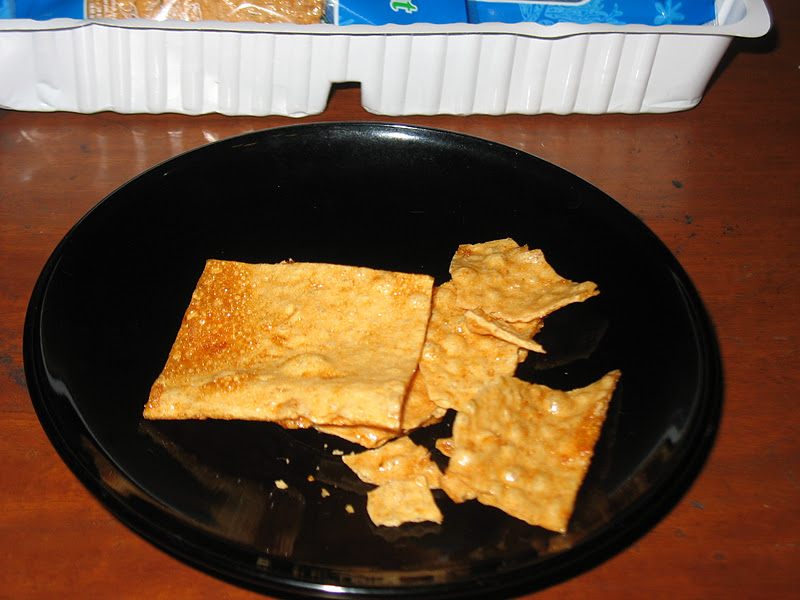 Made of anchovy (dilis), salt, sugar, starch and chili powder, Kerepek Perisa Ikan Bilis is a crunchy, sweet and spicy snack best enjoyed with a refreshingly cool drink on the side. 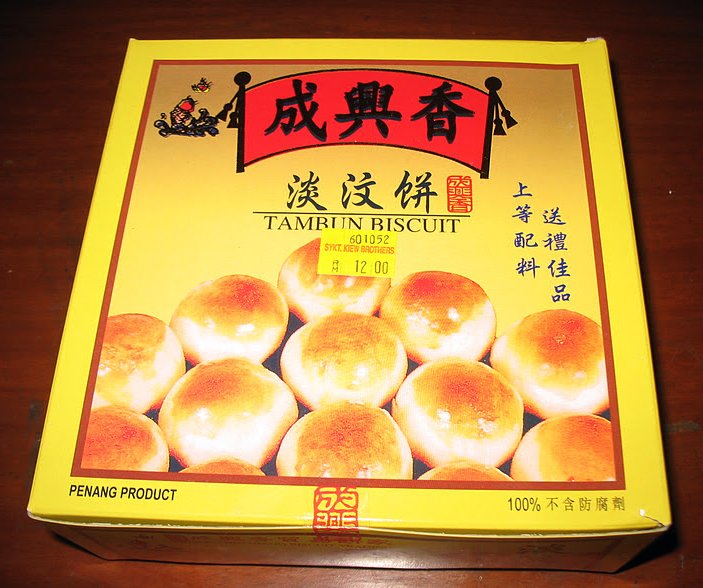 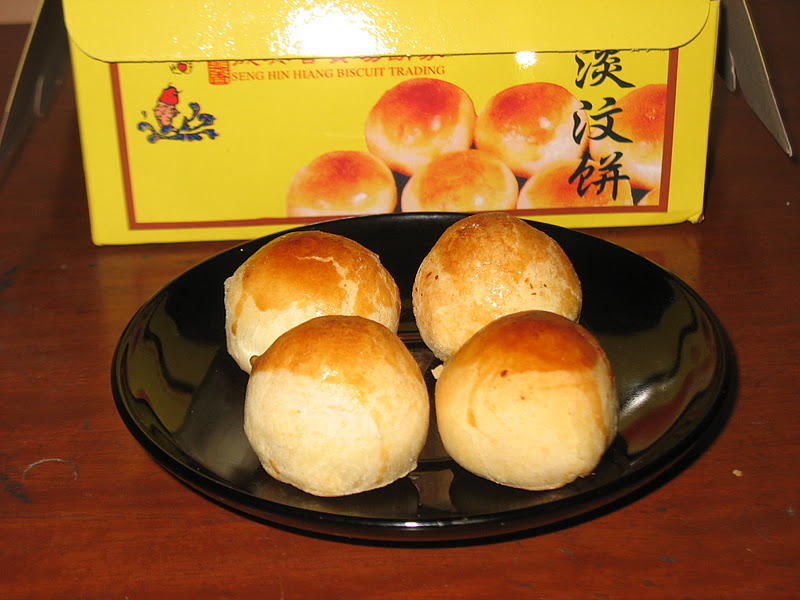 One package offers 28 pieces
When I first saw it and later on tasted this popular snack from Penang, I thought that it resembled our native delicacy called hopia in some way. But Tau Sau Peah is much smaller and crispier since it’s intrinsically a baked biscuit. It has a semi-sweet filling that reminded me of our hopiang monggo since it is also made from green beans. It’s a refreshing twist to our own hopia which I find both amusing and comforting. 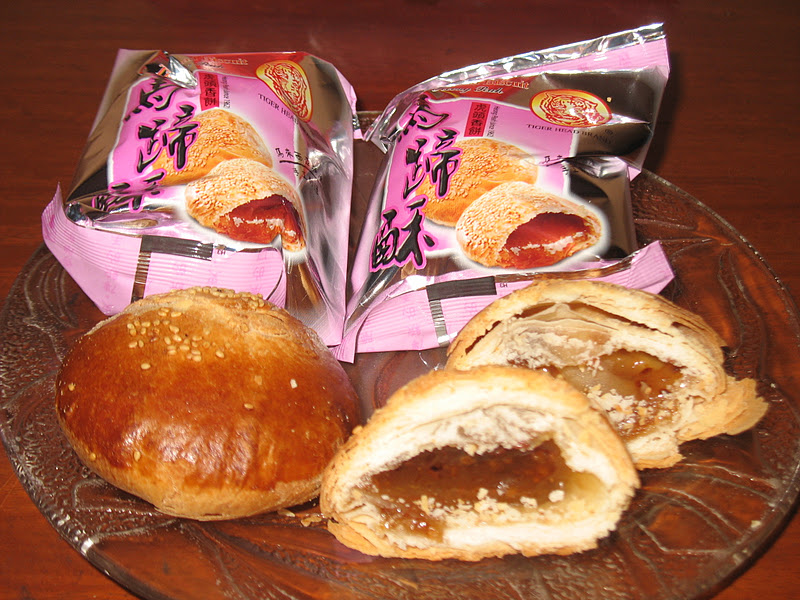 Manufactured in the little town of  Teluk Intan in Perak, Malaysia, I consider this snack to be a tastier and a much sweeter and zestier sibling to Tau Sau Peah perhaps because of the addition of sesame and small onions which I both adore. This particular variant though reminds me of my favorite hopiang baboy which is essentially made out of kundol or wintermelon. Just like in the case of Tau Sau Peah, you need a platito or a saucer when you eat it in order to catch those crumbs falling off from the flaky biscuit.
Where to Buy These Delicacies in Kuala Lumpur?

Wow! I didn't know you brought all these back. Lol! Good times! I tried the Dodol coconut and durian. I agree that they are good. Thanks for posting this coz it brings back memories. Hi to bala and tuts!

hi kaye, i tried the both dodol coconut and durian. they're good. the durian flavor was not too overwhelming. though there is a strong aftertaste.

Hi Rolandito! I love the durian too!