I’ve been craving for these skillfully crafted Tous les Jours cakes– that scream K-Drama from afar- for a few months now; but, I wanted to partner my first purchase with a really special occasion to make the experience more memorable. Christmas seemed to be a good enough reason so much so that I told my nieces Kathlynish and Kristina to come over to our place just for our cake tasting and stuff. When we arrived at SM The Block on Christmas eve however, my plan was shattered because Tous les Jours cakes  were completely sold out!

Tous les Jours Cake
New Year’s eve came but my plan didn’t materialize again for some reason. And since Valentine’s Day seems to be a long wait, I finally bought my very first Tous les Jours Cake last Saturday. I realized that as long as I can share this sweet stuff with Bala and Tutapel, it too can be memorable even without the festivities associated with the holiday season.

As my mom used to say, this is “service deluxe!” I can’t help but be a little impressed with these gadgets but Bala was quick to say that there’s no reason to be because I paid for them too. Bala’s pragmatic side struck again!

Tous les Jours
Tada! Presenting my very first Tous Les Jours Cake: Rose Inspiration Fresh Cream Cake! Doesn’t it look so gorgeous and yummylicious? Nix, the ultra-kind and accommodating cake decorator at Tous les Jours suggested this bestseller because I wanted a small cake just for three which we can dig into after dinner that very night. I was also told that this particular cake is primarily  made from yogurt so it requires immediate refrigeration within 2 hours after leaving the mall.


Even before dinner started, I began to eat my fair share of this mouthwatering delight!

A bite of Tous Les Jours Rose Inspiration Fresh Cream Cake
See the delectable strawberry chiffon cake that completely jumps out of this photo? That’s what I love most about this cake! It’s chiffonilicious! Okay, I just made that word up. The cream is as rich as the cheesecake creams I’ve had before; but, certainly more tangy than usual primarily because of the presence of yogurt. The tiny round droplets on top are gelatin-like and sour and so is the powdered red topping which looks like paprika to me; but of course, it isn’t.
The best way to get the most of this cake’s plethora of flavors and of course a share of those yummy fresh strawberries, is to eat all six layers at the same time! Don’t forget to eat those brown thingies including the one on top with the TOUS LES JOURS brand because they are made from real chocolates. If you’re not fond of matcha green tea, you might want to skip those green leaf decors because they are quite bitter, if you ask me.

Okay, that slice was for Bala and Tutapel…

Tous Les Jours Rose Inspiration Fresh Cream Cake
Although it’s quite late for the candles with the cake half gone and all, I wanted to feel like a birthday girl this early. Shall I make a wish? In four days, I will draw two winners from my very first blog give-away. I wish that both of them will love and get to enjoy the gifts as much as I had a blast choosing them.
Yesterday, I went to Yuki’s christening. I wish that she grows to be as kind and as generous as her parents and gets to see and experience life exactly as God has already planned it to be. 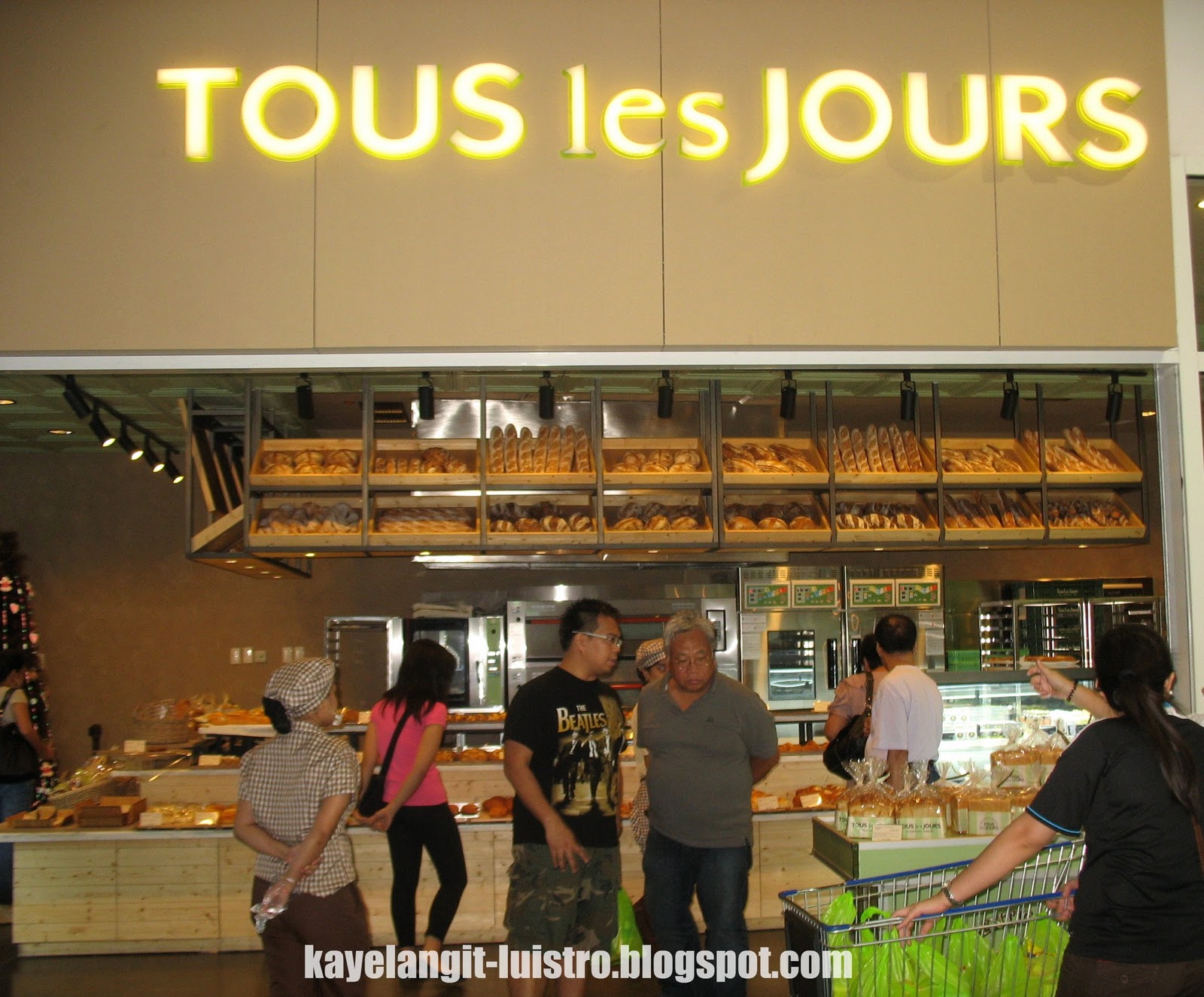 Next: A Virtual Tour of Tous Les Jours Korean Bakery at SM The Block

OMG! Tour les Jours! I've been wanting to try that but I live waaaay to far from The Block.
This cake is really worthy of a ceremonial, picture-by-picture unboxing.
I really enjoy visiting your blog. I have a penchant for anything Korean myself. 🙂

Wow! This cake looks so pretty and yummy. I haven't seen Tous Les Jours in SM The Block yet. Maybe I'm spending too much time on the upper floors.. haha.. But the next time I'll be in the mall, I'll make sure to pay this Korean bakery a visit. Thanks for sharing this sis! I think I'll buy one of Tous Les Jours' cakes soon as a bday present to myself.. 😀

naku naman Sis Kaye 🙁 ingget much ako!!
Who wouldn't want to have that cake naman!!