Click this
You are here: Home / Parenting & Relationships / Multiple Musings: An Hommage to the Fallen Soldiers in Basilan; Deadly Mining at the Banaue Rice Terraces & the Puerto Princesa Underground River’s Bid For Inclusion to the New 7 Wonders of the World

I know that this entry is a rare deviation from my usual spectrum of blog posts. You see, I’ve envisioned this blog to be a sweet diversion from life’s sometimes dramatic and tragic twists. But tragedy as it seems is always a part of life, something that we can never really run from. For some reason, I’ve been thinking about our men in uniform for the past few months. I can’t help but feel a little guilty about their sacrifices so that we as a nation can enjoy peace on a daily basis.

It was rather timely when my good friend A introduced me to this foundation that takes care of our fallen soldiers’ families. So when she asked me if I could donate my voice-over services for one of their ads, I said yes automatically. To be honest. I actually felt honored to become part of their vision in some way.

What’s heart-wrenching about this particular tragedy was that half of these fallen soldiers were fresh graduates who were immediately flown to Basilan on their very first mission. Some of them have just finished their scuba diving certification if you can believe it. They were practically newbies in every sense of the word!Years ago, hard-core marines were usually assigned in Basilan where in turn, they used hard artillery to take over and secure the area against insurgents.

The result was less than promising. Although insurgents disappear for a time, they simply go back after the marines leave the place. I’ve heard from the grapevine that the military’s tactics have changed drastically. Scout rangers are now in-charge and with their small platoons, undergo a cat and mouse game where our dear soldiers hunt the insurgents not just for days, but weeks until their mission is accomplished.

Just imagine how hard this particular undertaking is on their physical, emotional and mental health! If we as a people can take care of our soldiers’ loved ones and families, then somehow, we can carry some of the burden for them. Let’s not rest all our hope on grandstanding government officials who are corrupt to the core, calloused to truth and compassion. I can only hope though that the 5.2 billion budget allotted to to the AFP modernization program will do just that: modernize the military and not just the houses and cars of corrupt officials. 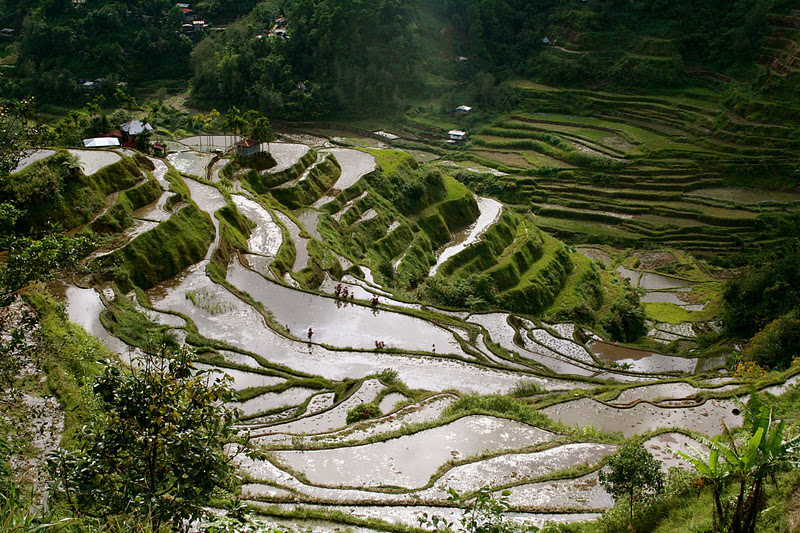 It was National Artist F. Sionil Jose who once said that the Banaue Rice Terraces, a 2000 year-old terraces which were carved into the mountains of  Ifugao by our indigenous tribes, is much more interesting than the Great Wall of China and Pyramids of Egypt. For the Banaue Rice Terraces were made by freemen, not slaves, and offer life-giving food to humans since they are not just empty bricks or tombs for the dead. However, the onset of our most recent typhoons have destroyed part of this Eighth Wonder of the World. According to the news, it is still PHP 5 million short for some needed repairs. 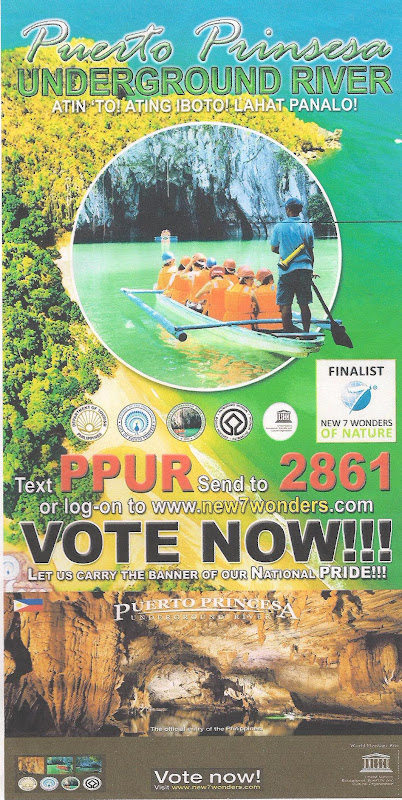 Somehow I find it ironic that certain organizations, both government and private, are willing to award up to PHP 25 million worth of cash prizes just so our PUERTO PRINCESA UNDERGROUND RIVER can win its bid for inclusion to the New 7 Wonders Of The World! 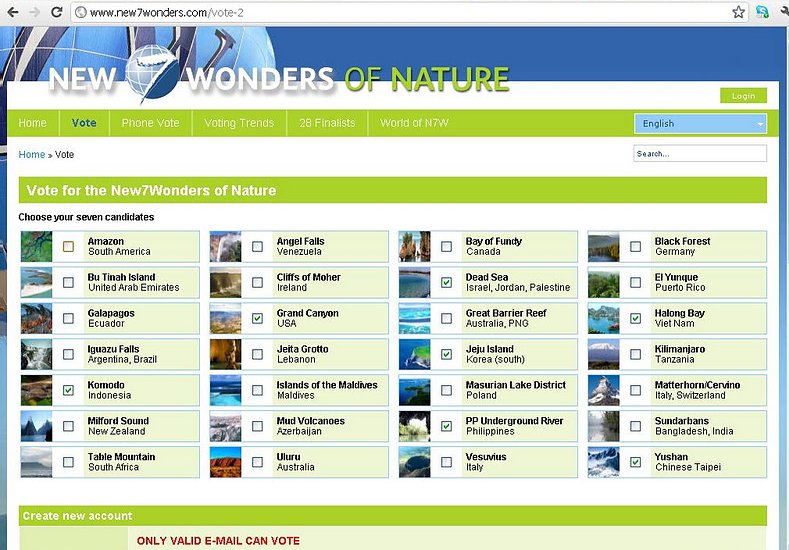 Don’t get me wrong.I want the PP Underground River to win! In fact, I even made this promo just to show my support.

But I also want us to take responsibility in our other national heritage sites. For if we can neglect the Banaue Rice Terraces right now it won’t be impossible that we will do the same to the Underground River in the near future.

MINING AT THE BANAUE RICE TERRACES?


With the signing of the Philippine Mining Act of 1995, 400 mining agreements have already been awarded by the government to several contractors. But the right question would be, who in his right mind would agree that mining be done at the Banaue Rice Terraces? Then again, I wouldn’t be surprised if Sec. Nereus Acosta, Presidential Advisor on Environmental Protection, won’t know anything about it, judging from his clueless reaction  in a recent episode of Reporter’s Notebook, when Maki Pulido showed him a footage of mining’s ill-effects in Surigao del Norte.

How about you, what do you think should be done to address these issues?

Had A Blast At The McDonald's Kiddie Crew Workshop!
Kiddie Fashion: How To Spruce Up A Pair of Twill Capris
Ruminations on Japan After the Tsunami
Bitten by the Blogging Bug Once Again
The Power of Your Love