Whenever we’re at Jollibee, their steaming hot macaroni soup always makes it to my order list alongside Tutapel’s fave cheese fries and Bala’s yum burger. But last week, my taste buds went haywire and demanded Jollibee’s newest “it” creation. 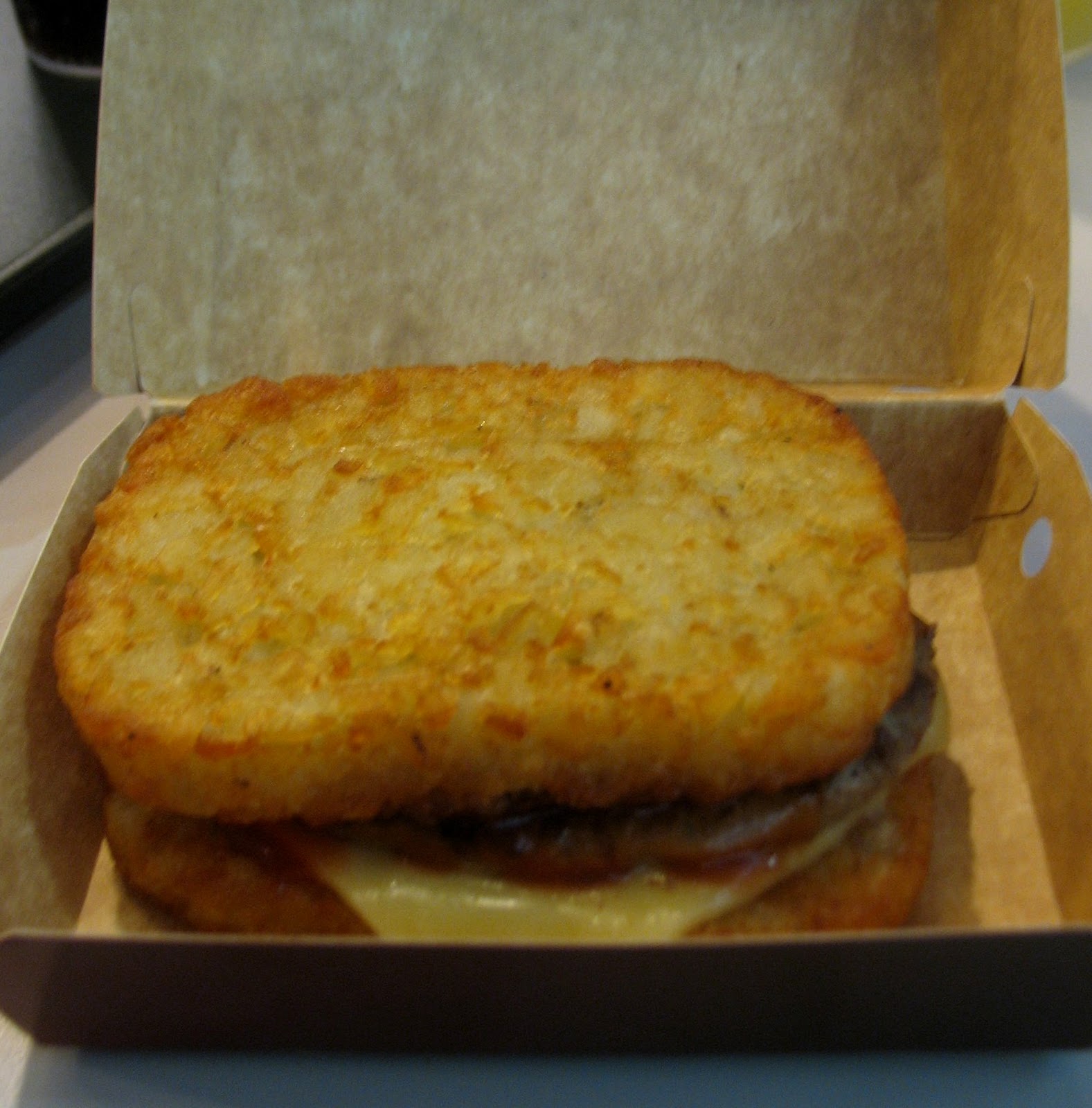 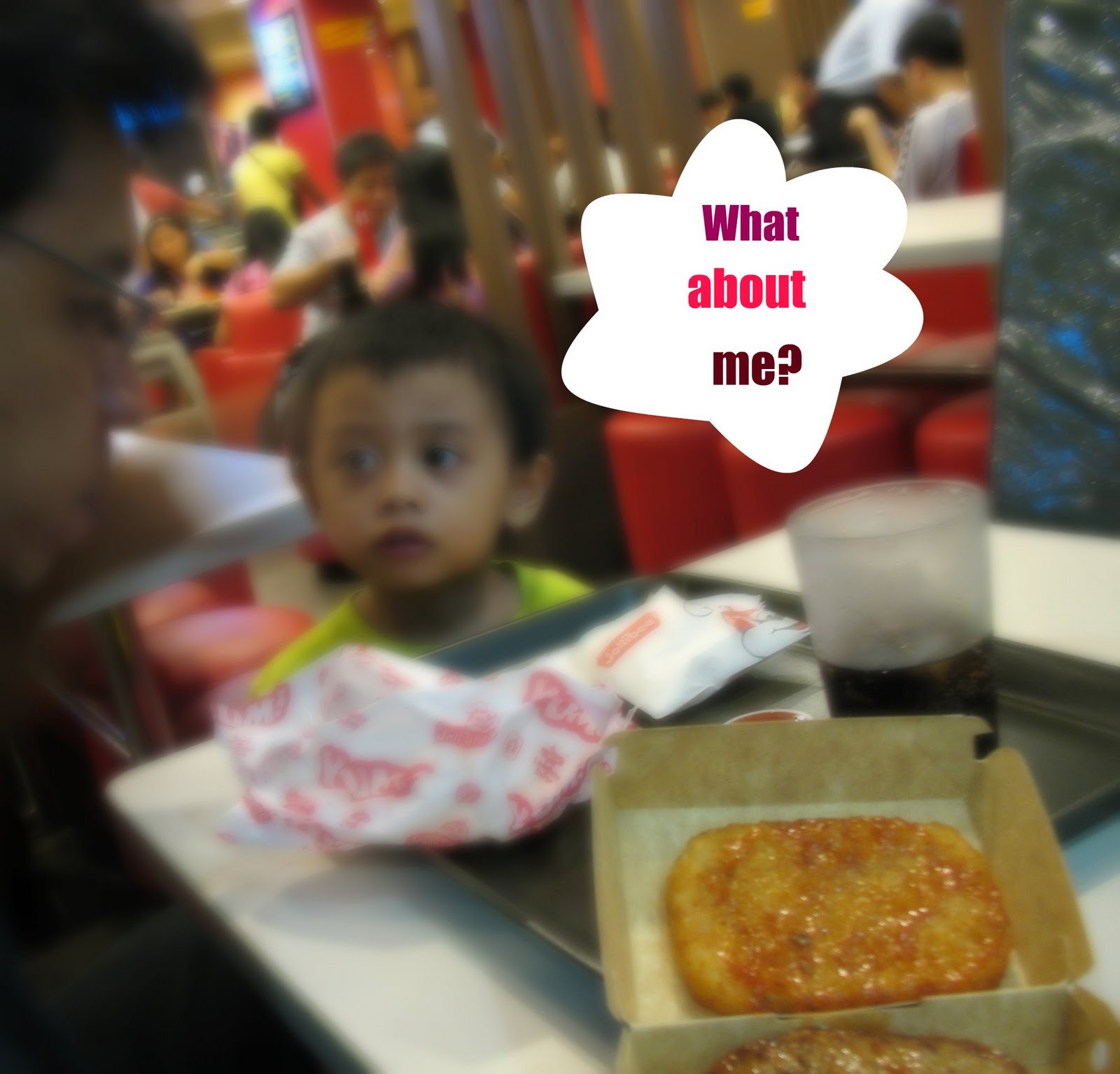 As soon as it arrived, he blurted out his trademark question borrowed from that all too famous educational cartoon, Ni Hao Kailan. I’m not sure though if it was Kailan, Hoho, Tolee or Rintoo who was fond of saying that. All I know is that it wasn’t YeYe (Grandfather) at all. LOL 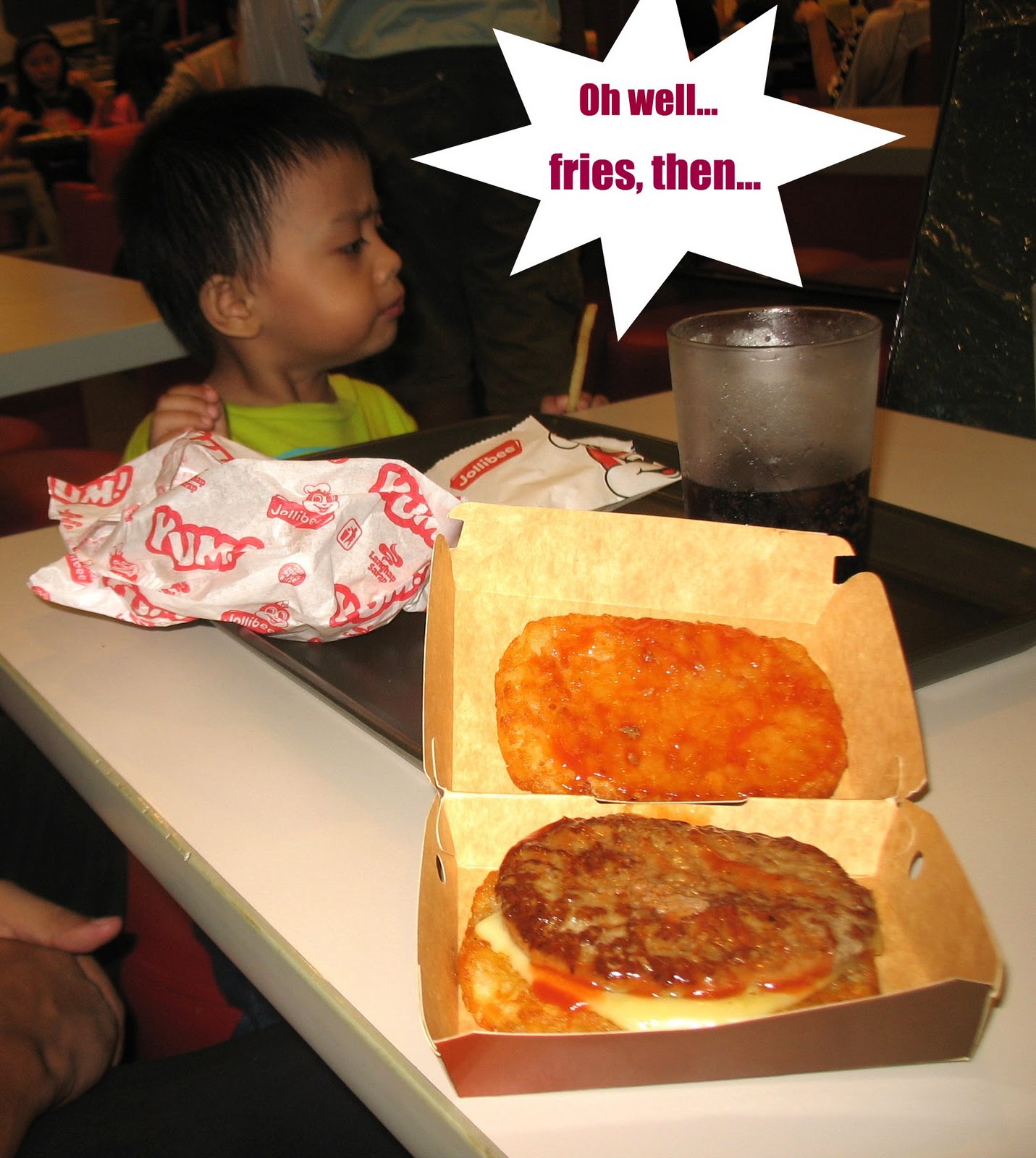 I tried giving him a piece of the hash brown burger but he found it too thick for comfort. 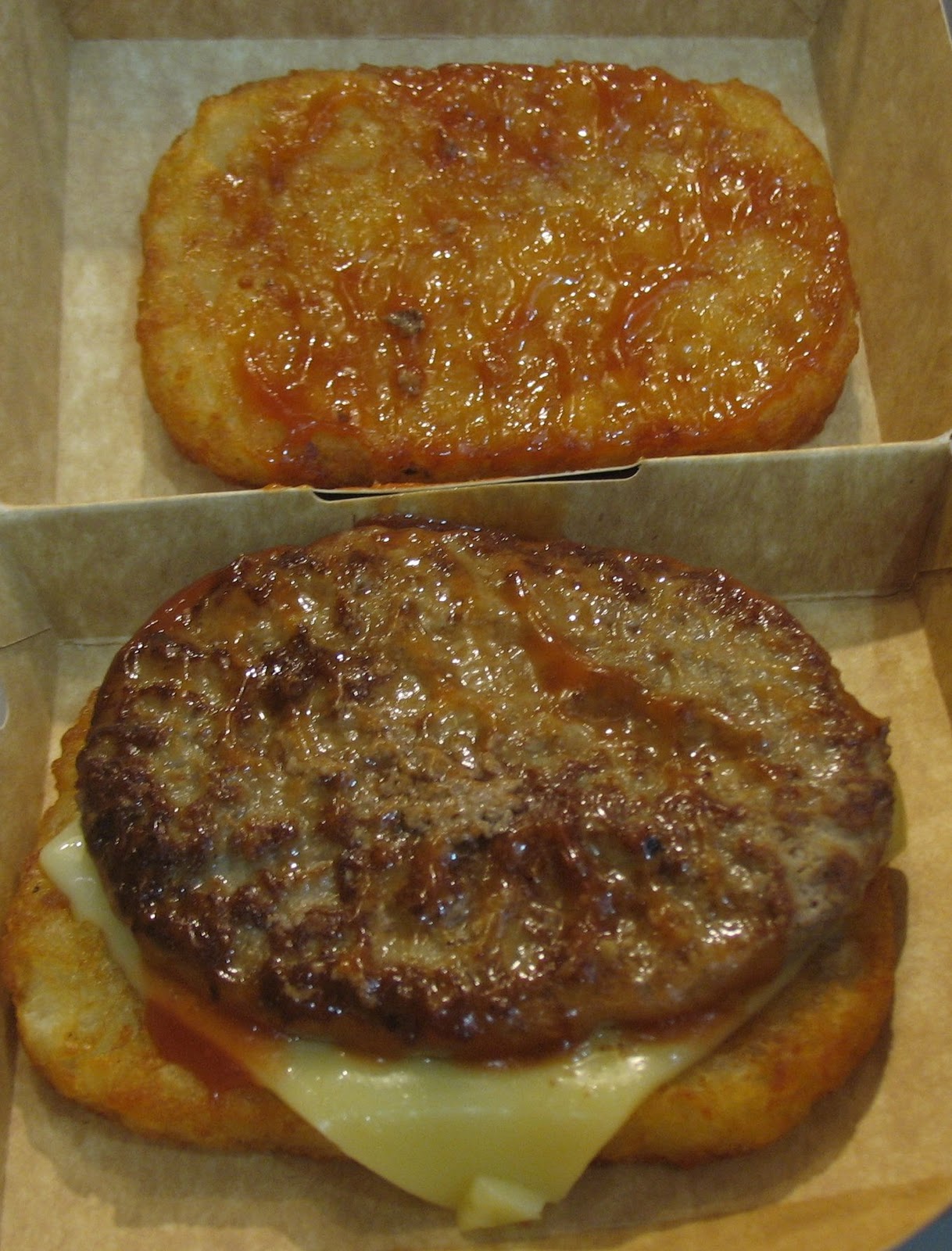 I don’t know. When I first looked at it, I wasn’t drawn to take a bite due to its somewhat soggy vibe. Although, I love ketchup, I prefer to put it myself and not someone else slather it for me.
But when I bit into it, my apprehensions were laid to rest. For it was YUMMO from the first bite to the last! What’s not to like? The yumburger patty sizzles with a slice of cheese and wrapped in two deliciously baked hash browns.

But of course, that’s not written in stone yet. Not until Jollibee issues their own calorie counter just like what McDonald’s did, at least with their hash brown. Now we know that 1 Mcdo hash brown has 150 calories and 9 grams of fat.So it’s safe to say that their counterpart has similar numbers working for them.

With all the fanfare focused on the hash browns, we haven’t gotten to the patty  and cheese yet.

But truth is, despite all the math, we still want to get a taste of this ingenious creation.

The trick? Cut it in half and share it with someone you love. You’re not only sharing the love, but the calories as well!

hi U8mypinkcookies! i understand. it can be pretty lethal….