Click this
You are here: Home / Beauty & Fashion / Of Intertwined Paths in Macau: Senado Square and St. Paul Ruins (w/ Suggested Macau Itinerary)
After a short rendezvous at the Macau Tower, we took the cab and asked the kind driver to bring us to the famed Senado Square. According to several fora and blogs, a trip to Macau won’t be complete without a visit there. 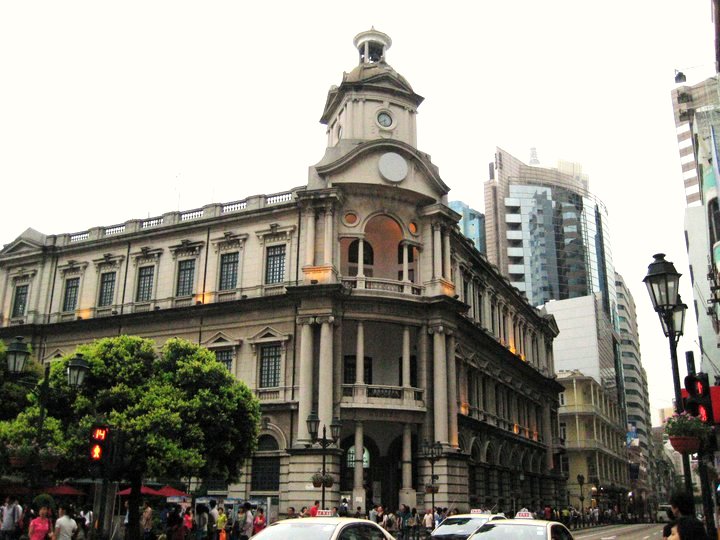 Since we took the main road, we were greeted by the old Post Office Building right at the corner. By that time, there was a large crowd gathering beside it and when we asked one of the spectators, who happened to be a Filipino, we found out that a certain Japanese singer was having a concert there. But since we weren’t familiar with him at all, we decided to just continue with our stroll. 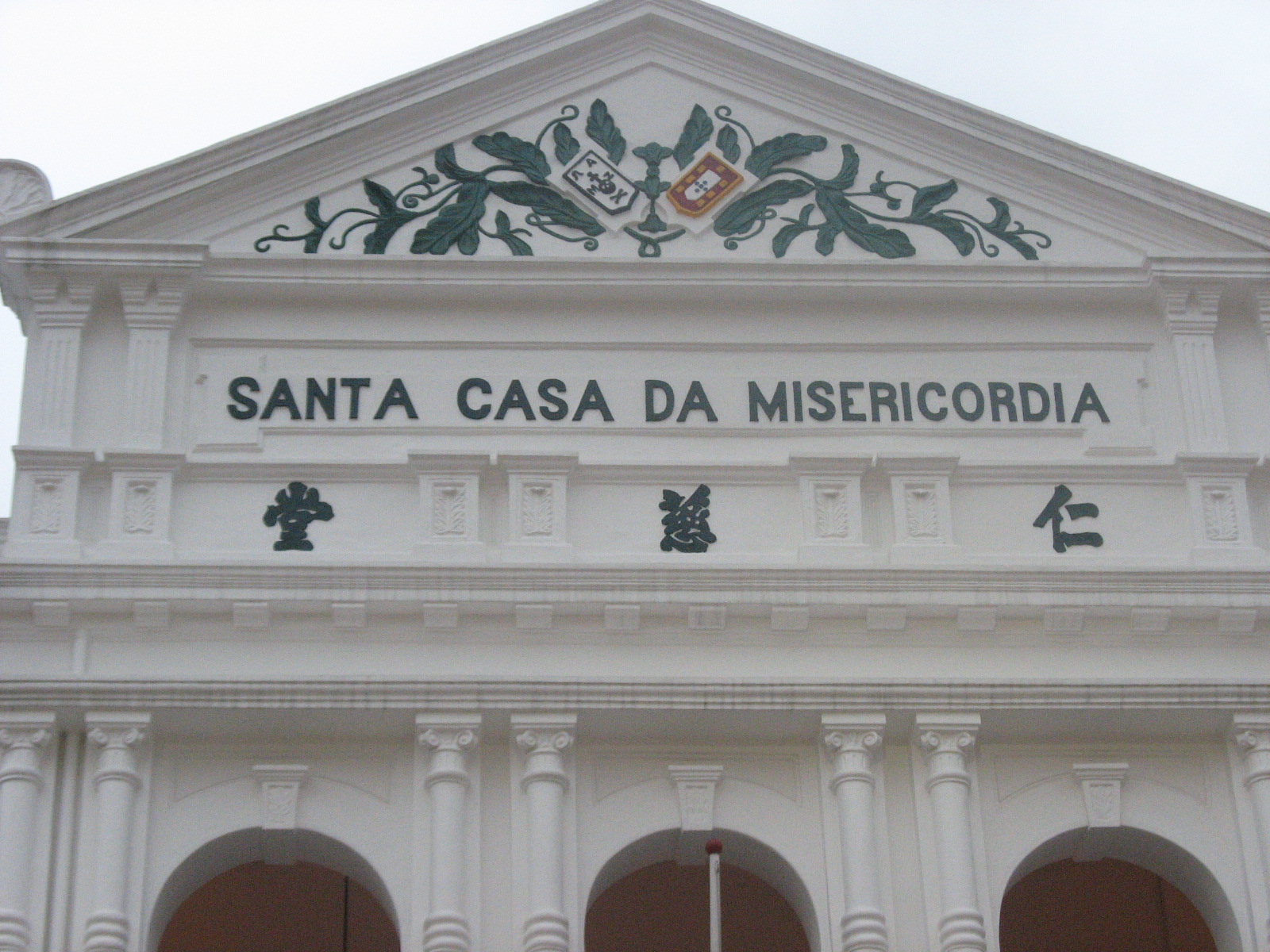 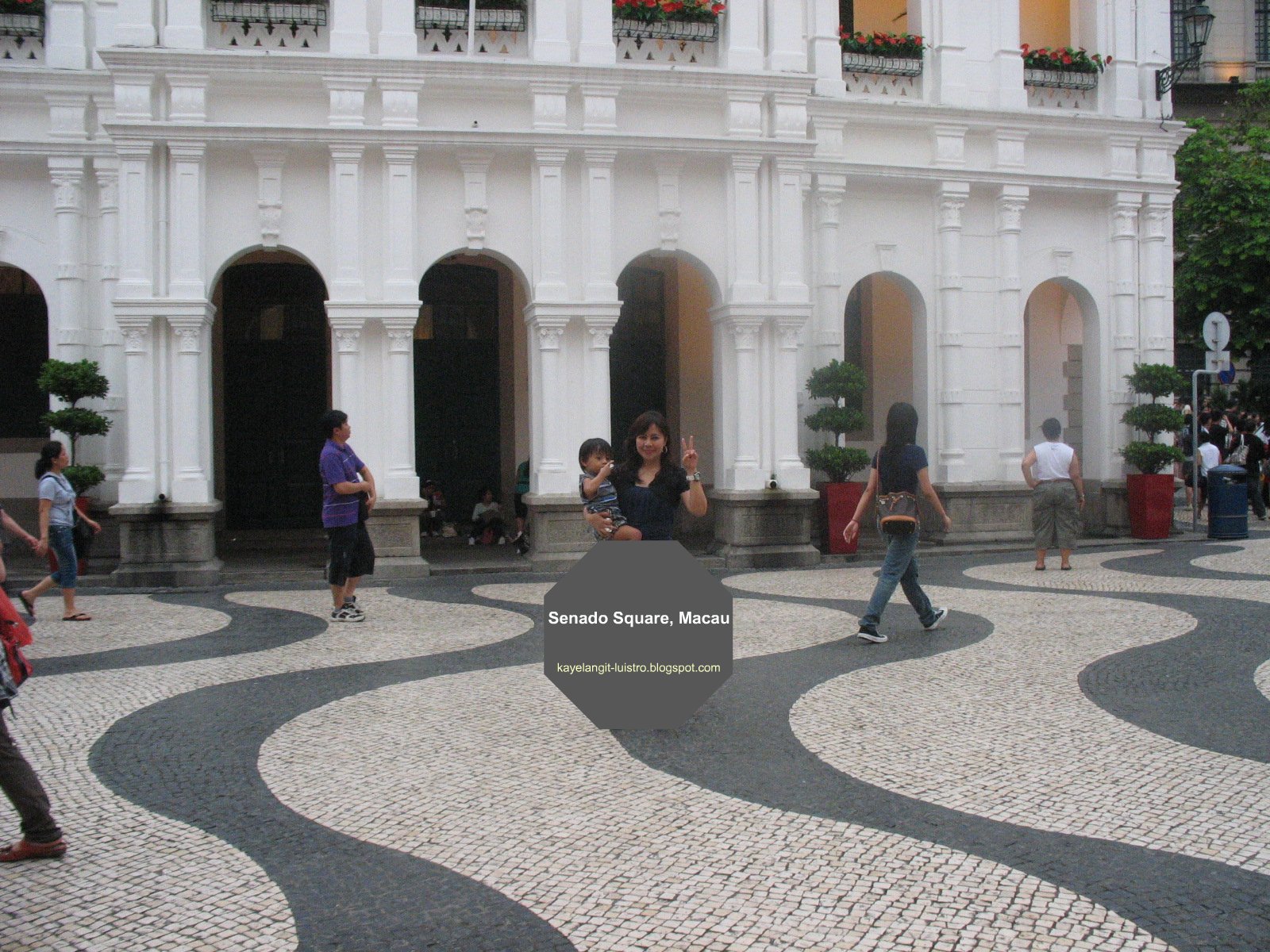 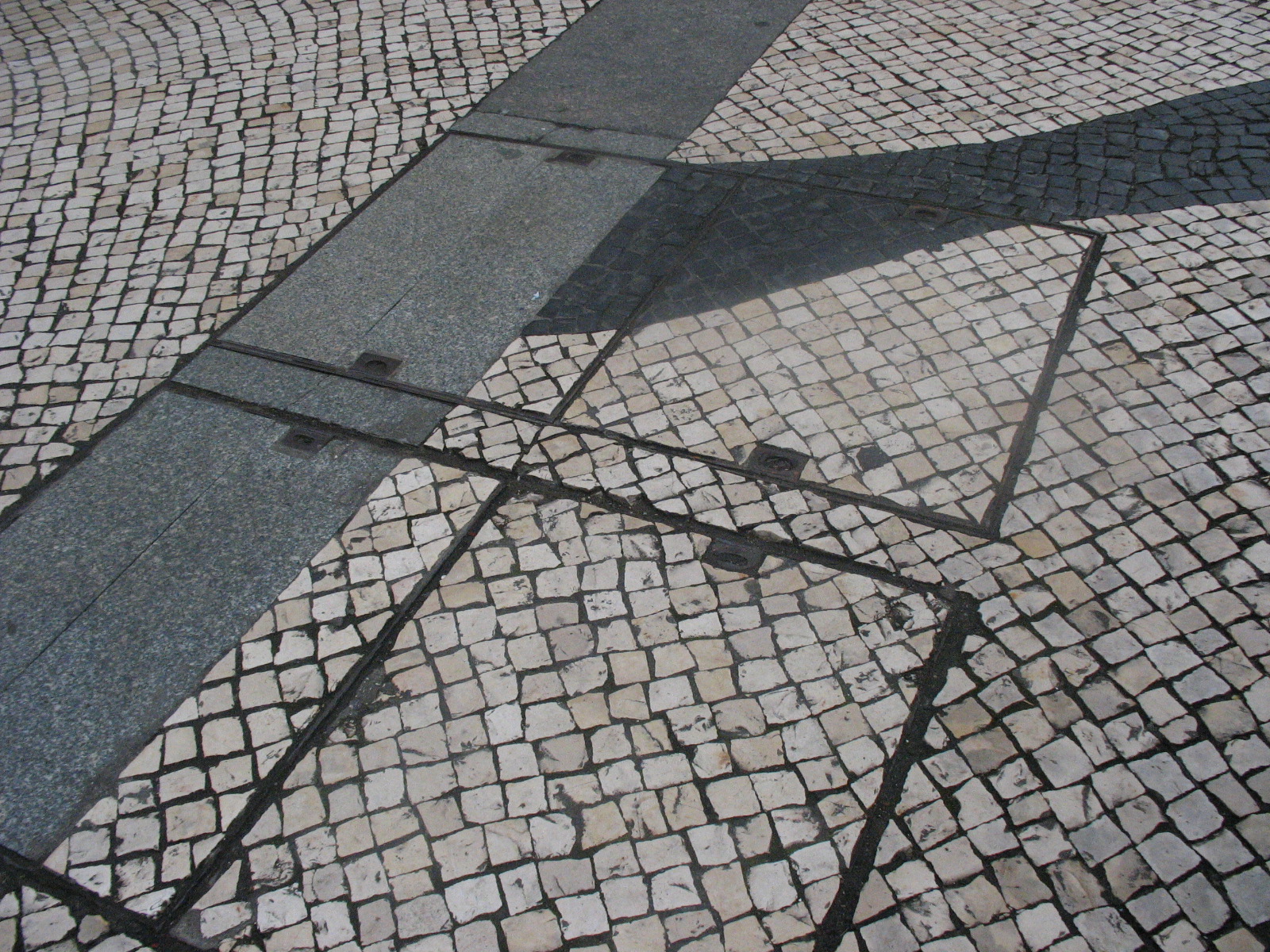 Aside from its old historic buildings, what distinguishes Senado Square is its wave-patterned mosaic of black and white stones brought to life by Portuguese experts. 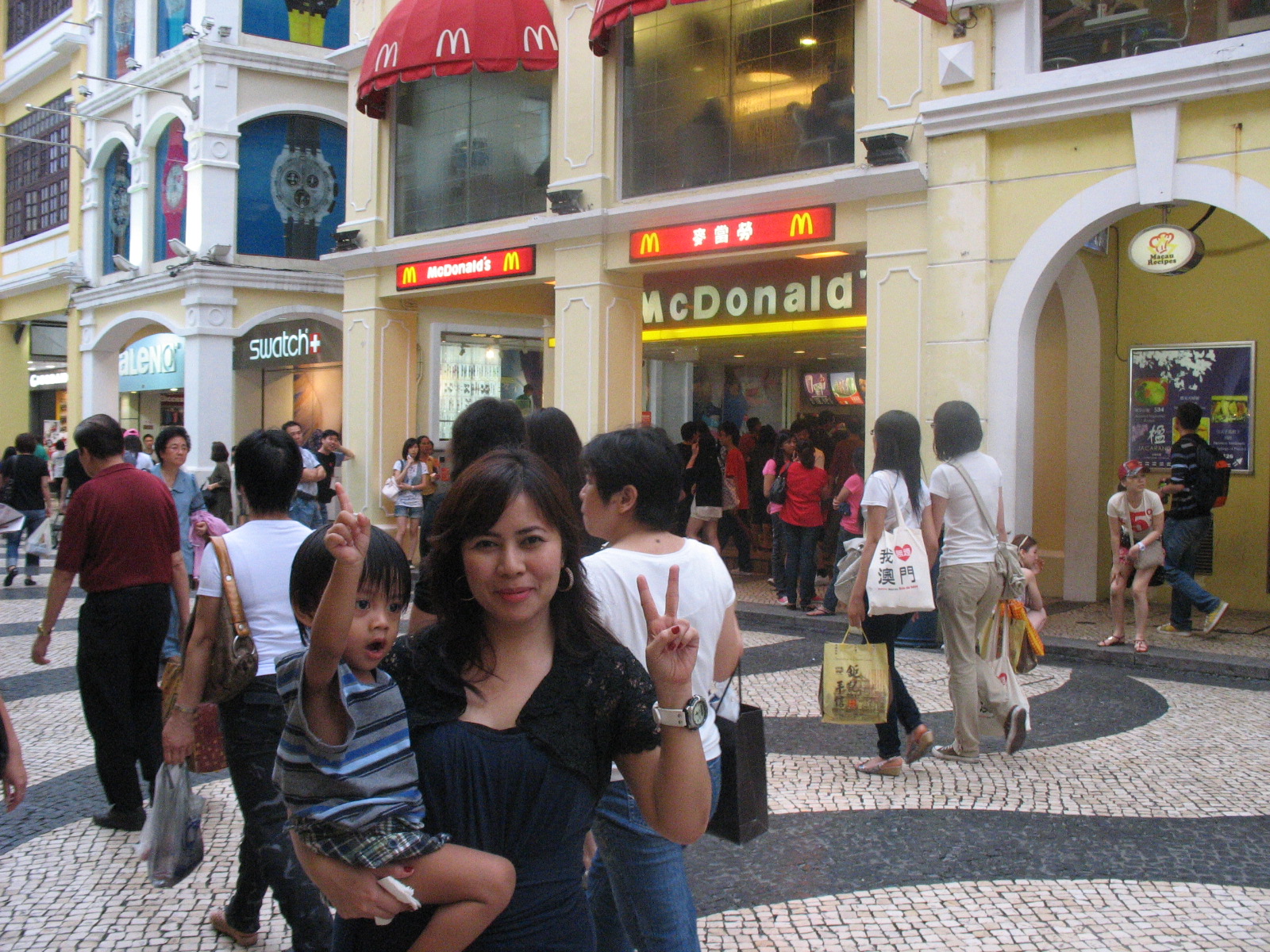 As if to keep the place breathing with vibrancy, an array of new establishments were built around the famed cobblestone area. 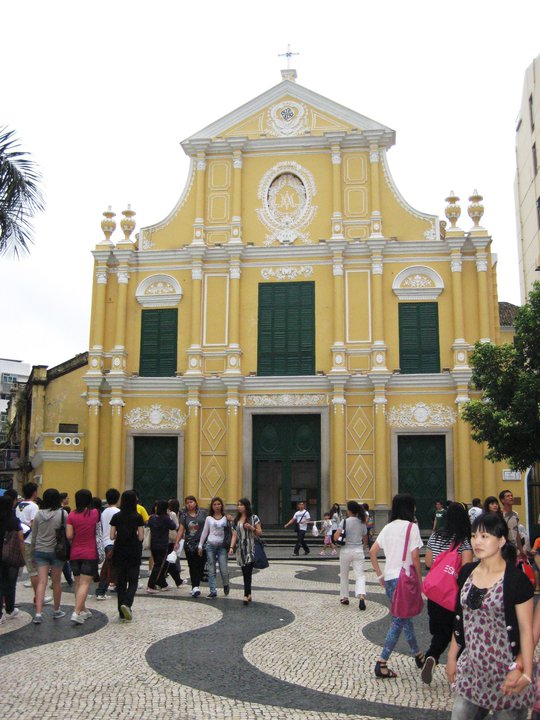 St. Dominic’s Church is another famous landmark around the area. In fact, it is a part of the Historic Centre of Macau which landed a spot in the prestigious UNESCO World Heritage Sites. 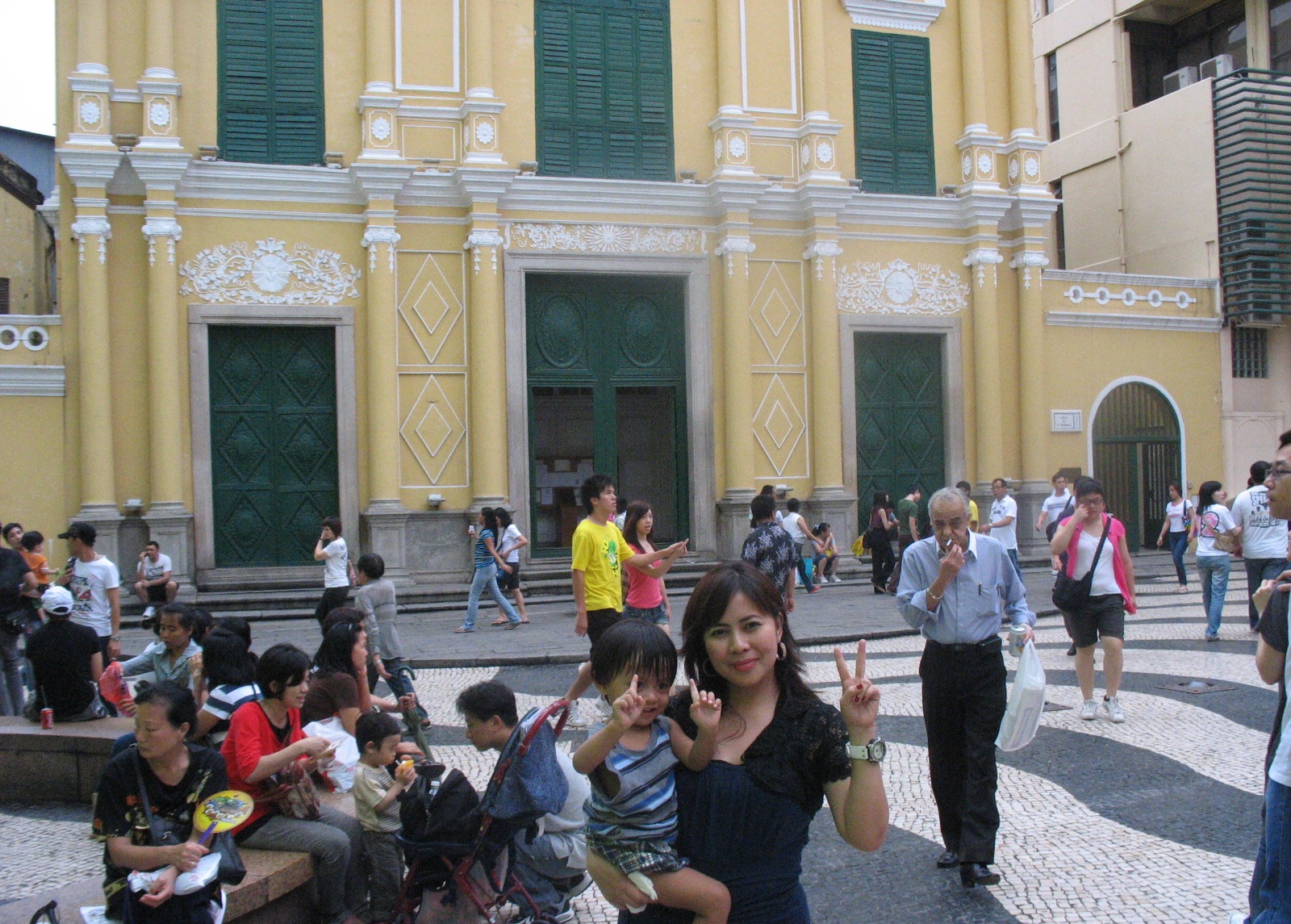 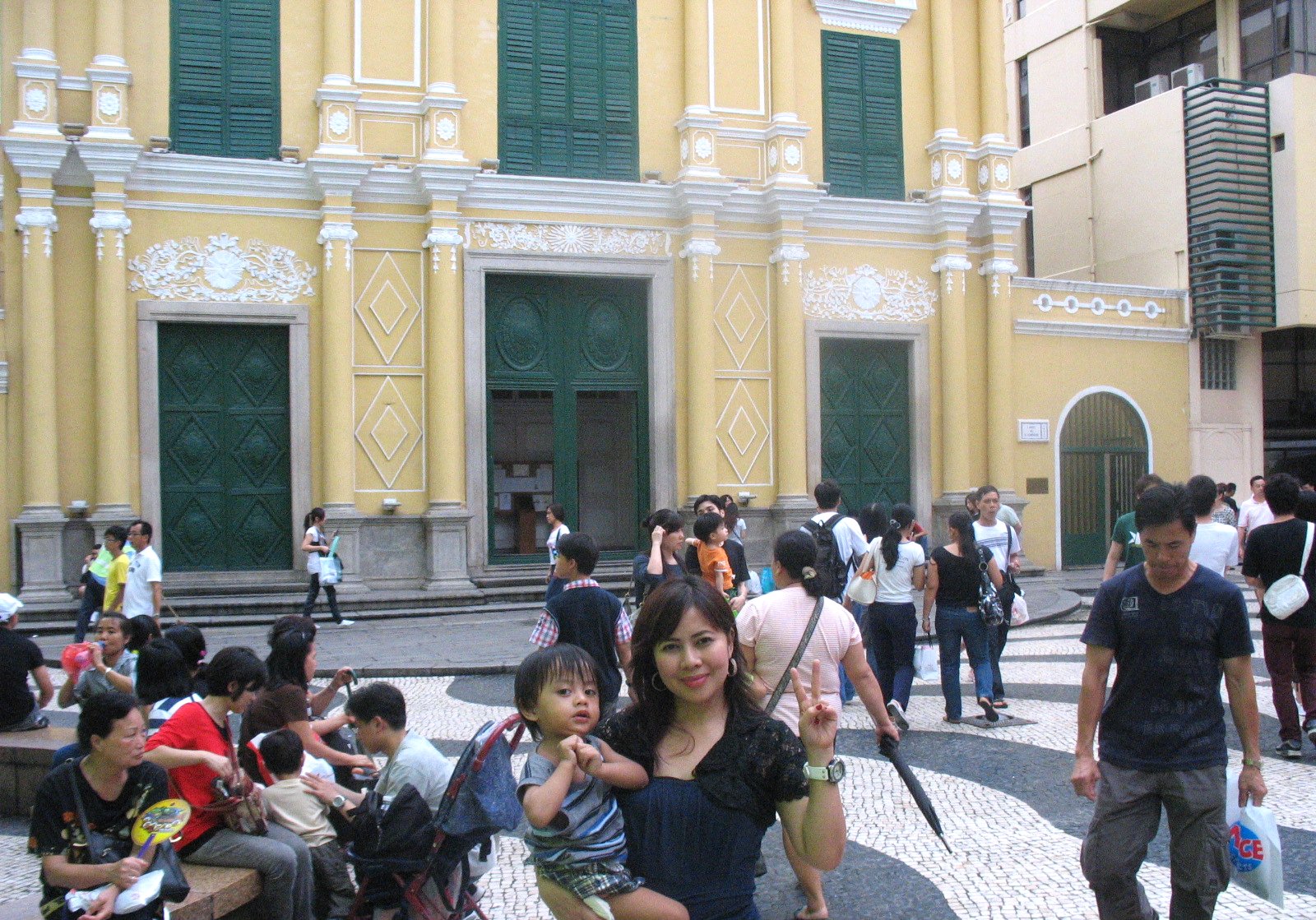 Built in 1587 by three Spanish Dominican priests, this Catholic church was the venue for the very first Portuguese newspaper ever published on Chinese soil. 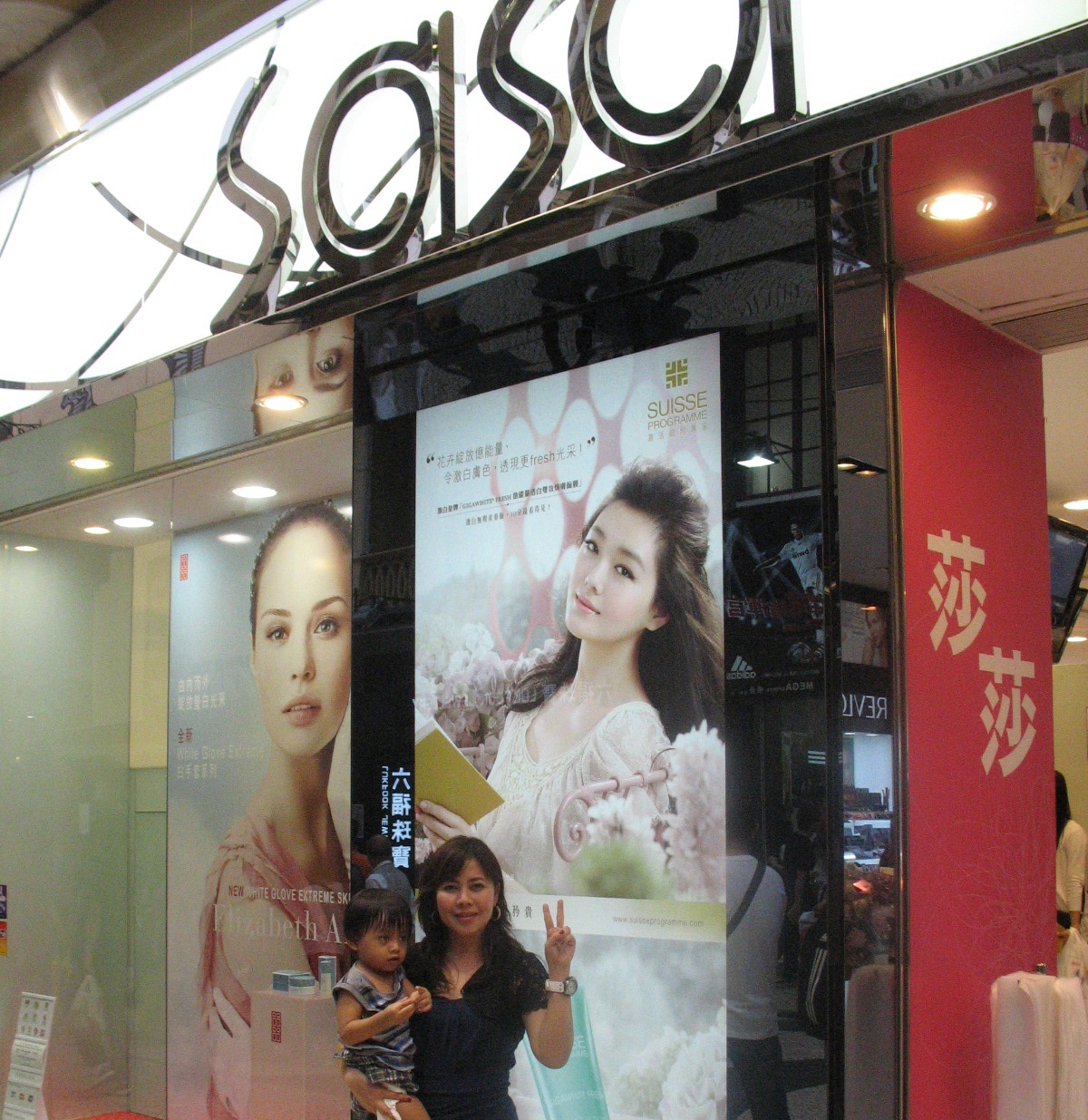 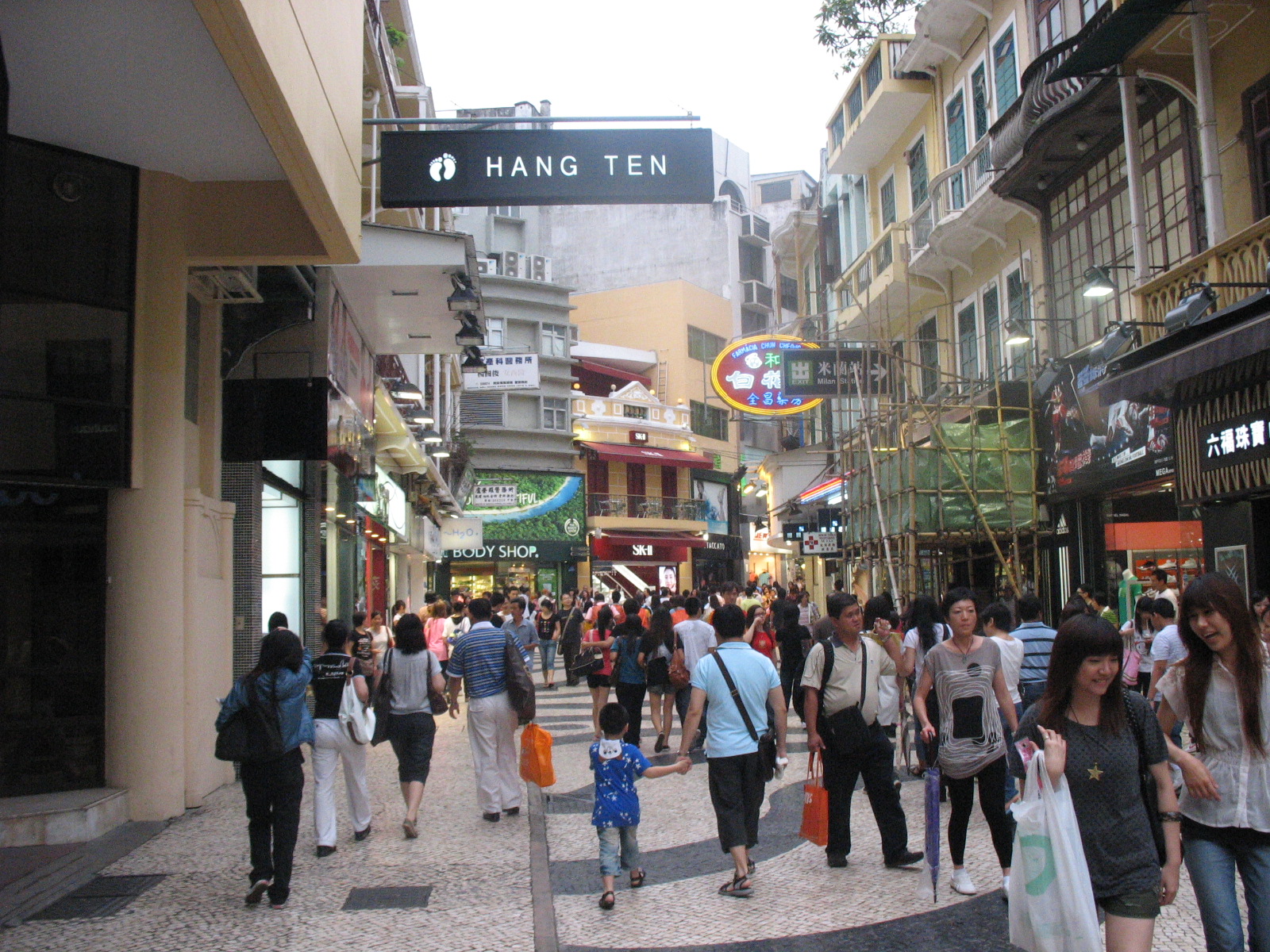 Shops seemed endless around Senado where both Eastern and Western cultures converge most beautifully. To a certain degree, I felt a soft air of history breezing through the area which made our stroll extra special. 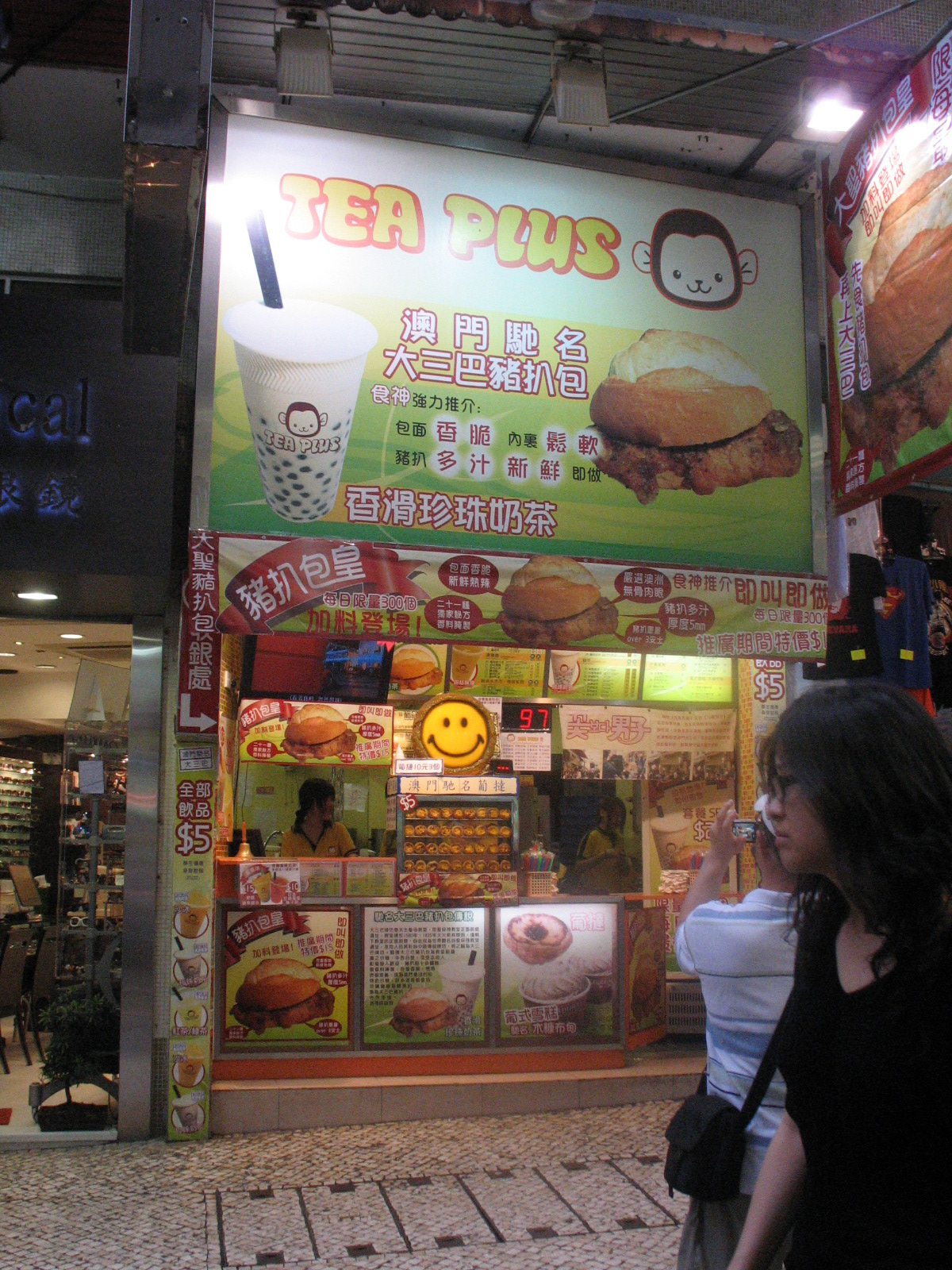 In one of the alleys, or more precisely at 7 Rua de Palha, Avenida de Almeida Ribeiro, I saw Tea Plus made famous by the hit Korean drama Boys over Flowers. There, Geum Jandi and Ji Hoo were mistaken to be newlyweds and so when they bought a box of egg tarts, the owner gave them two more, for free! 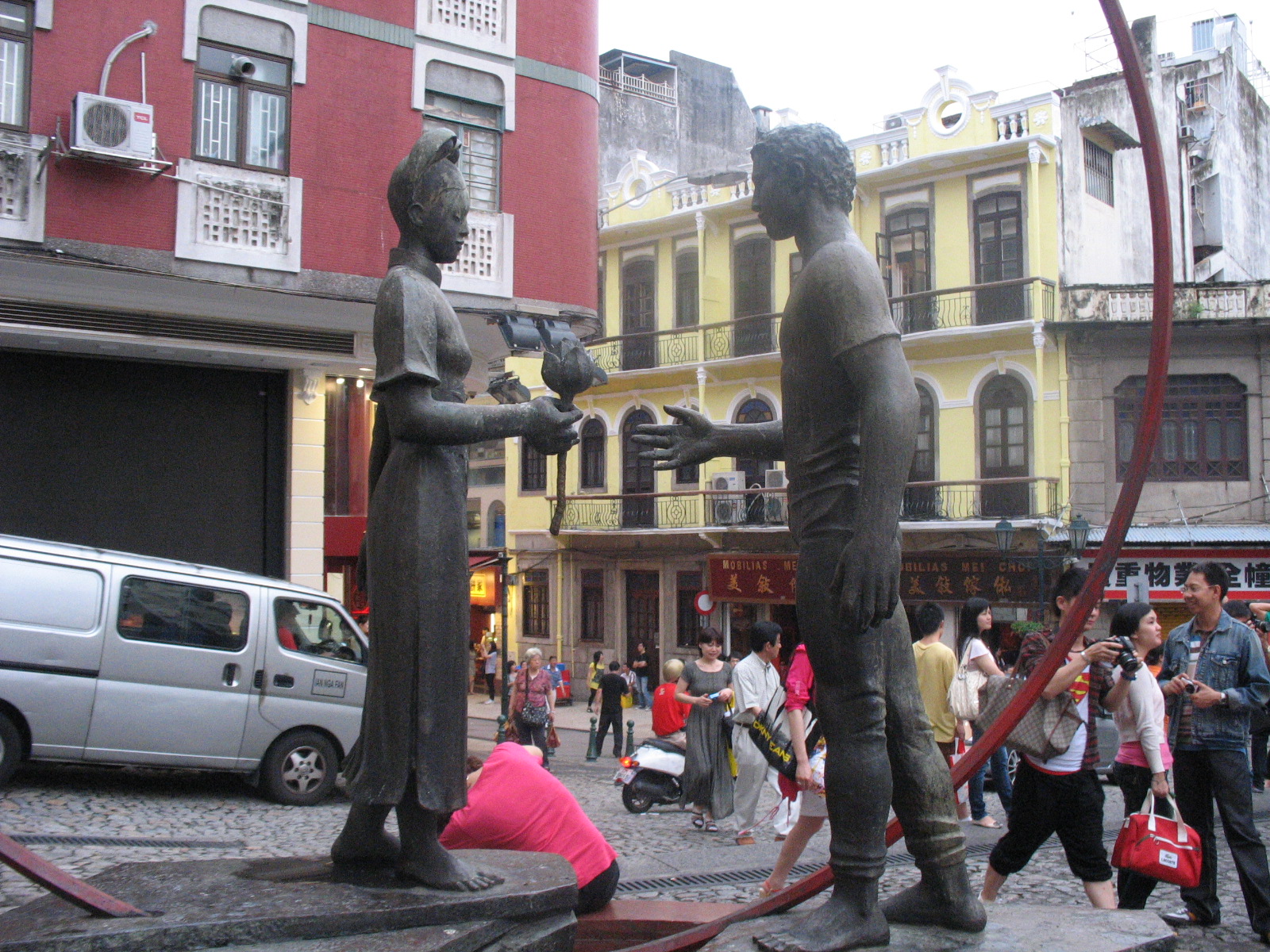 Walking past a few more stores, this bronze statue acted as a prelude to the beautiful gardens of St. Paul. 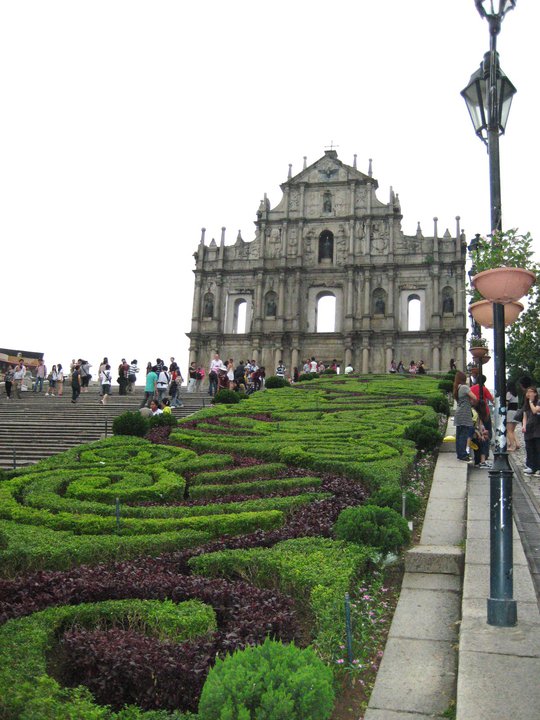 Landscaped and all, this attraction provided a lovely dimension to the famed church. 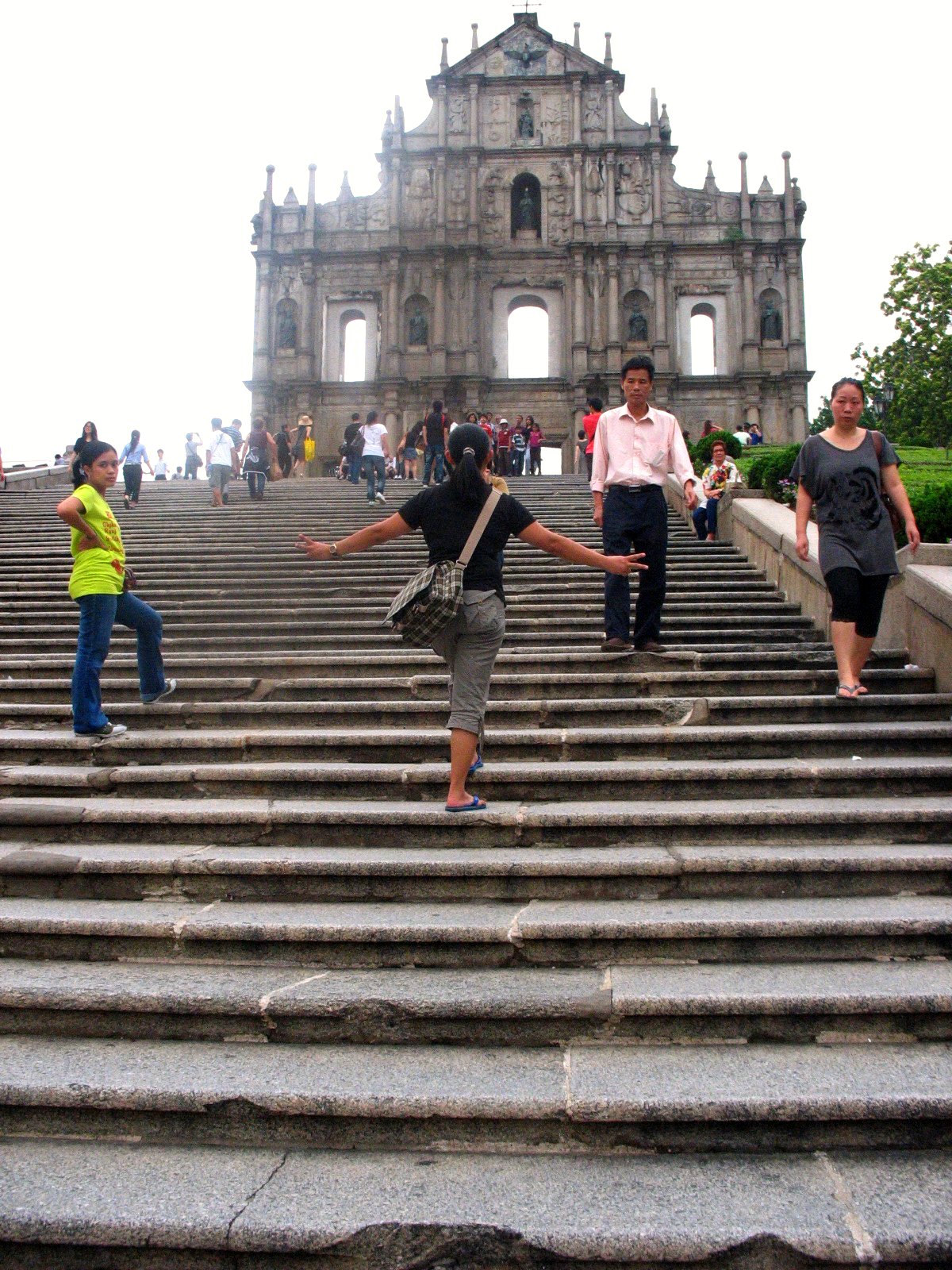 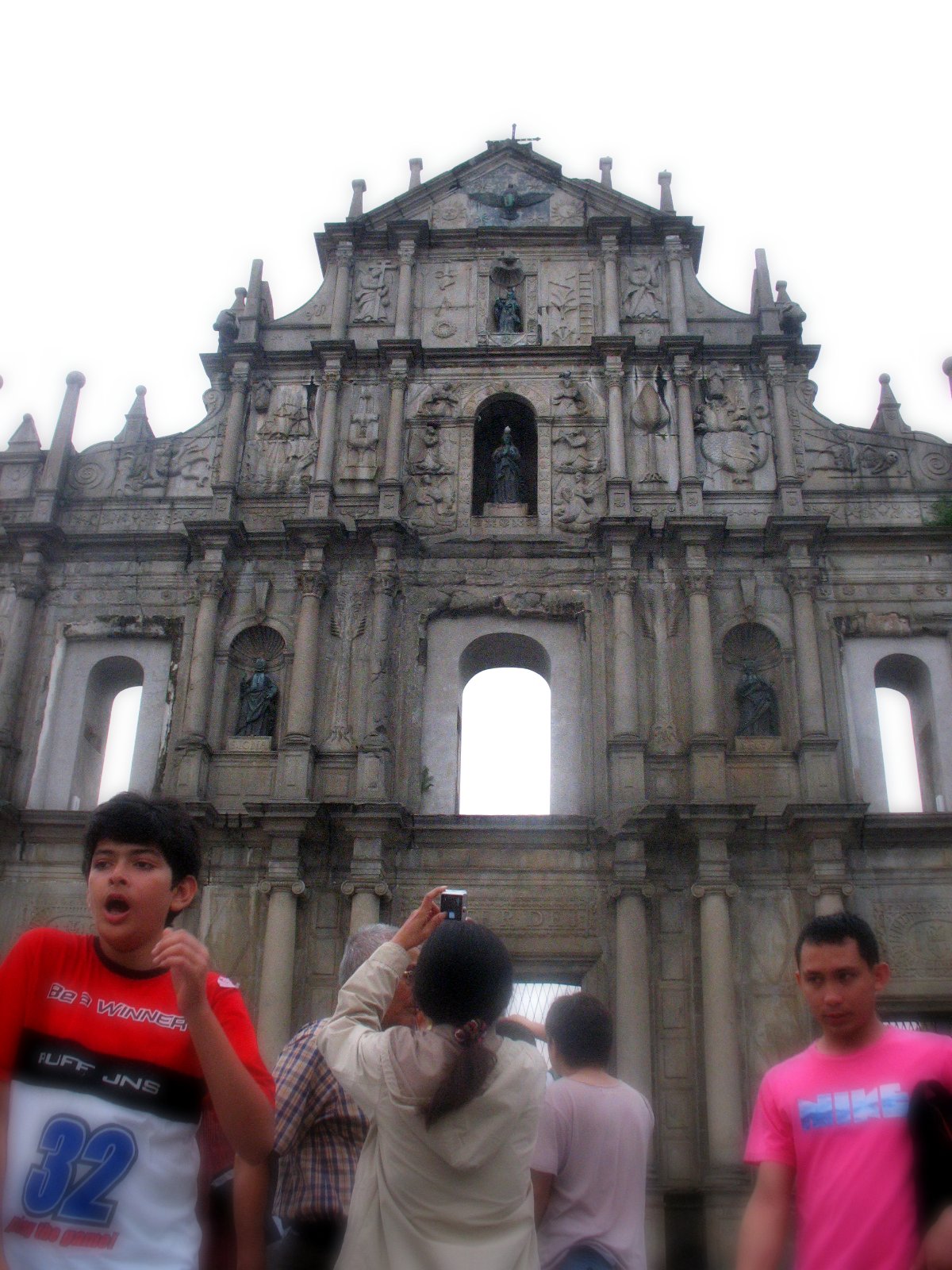 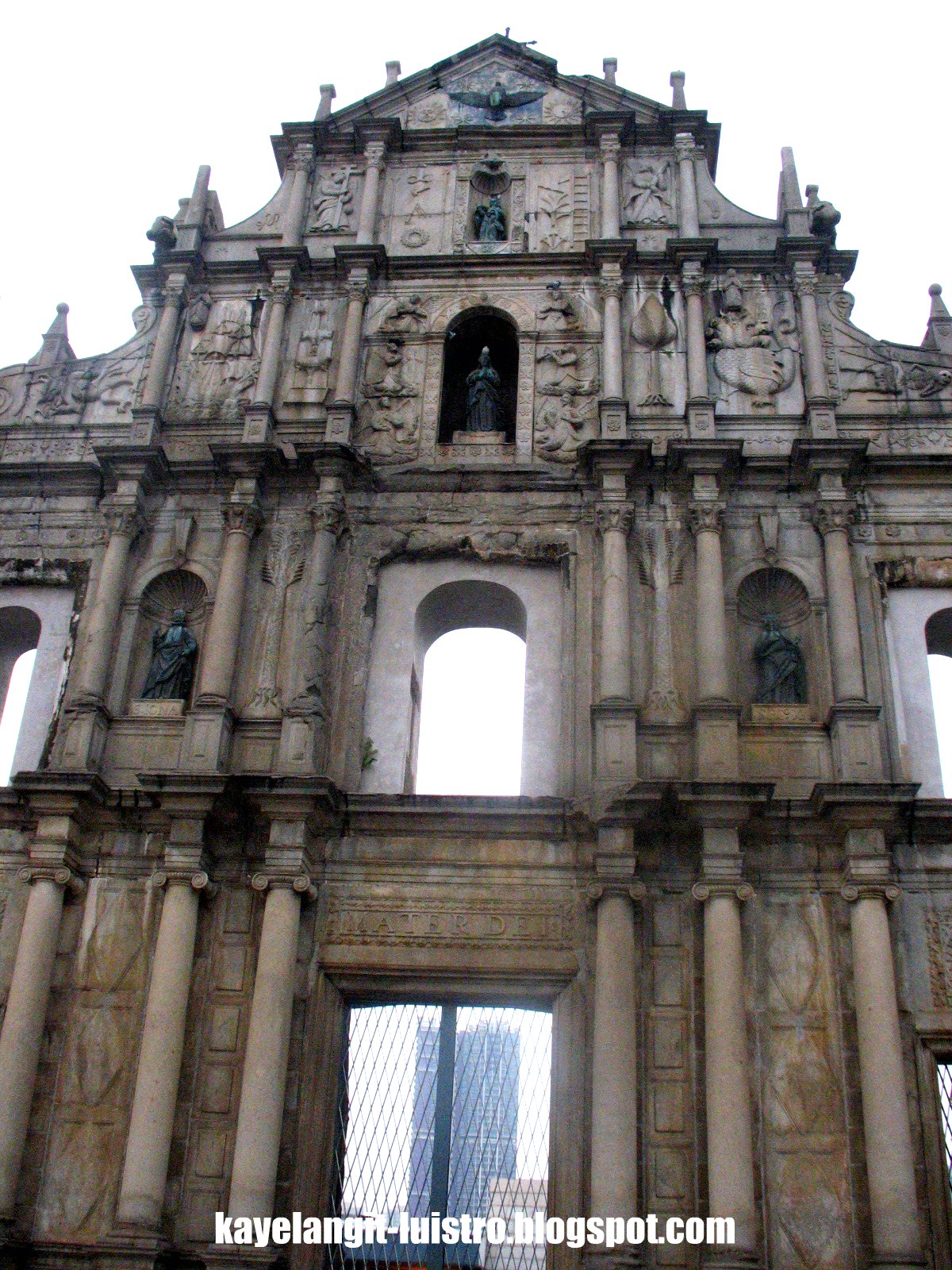 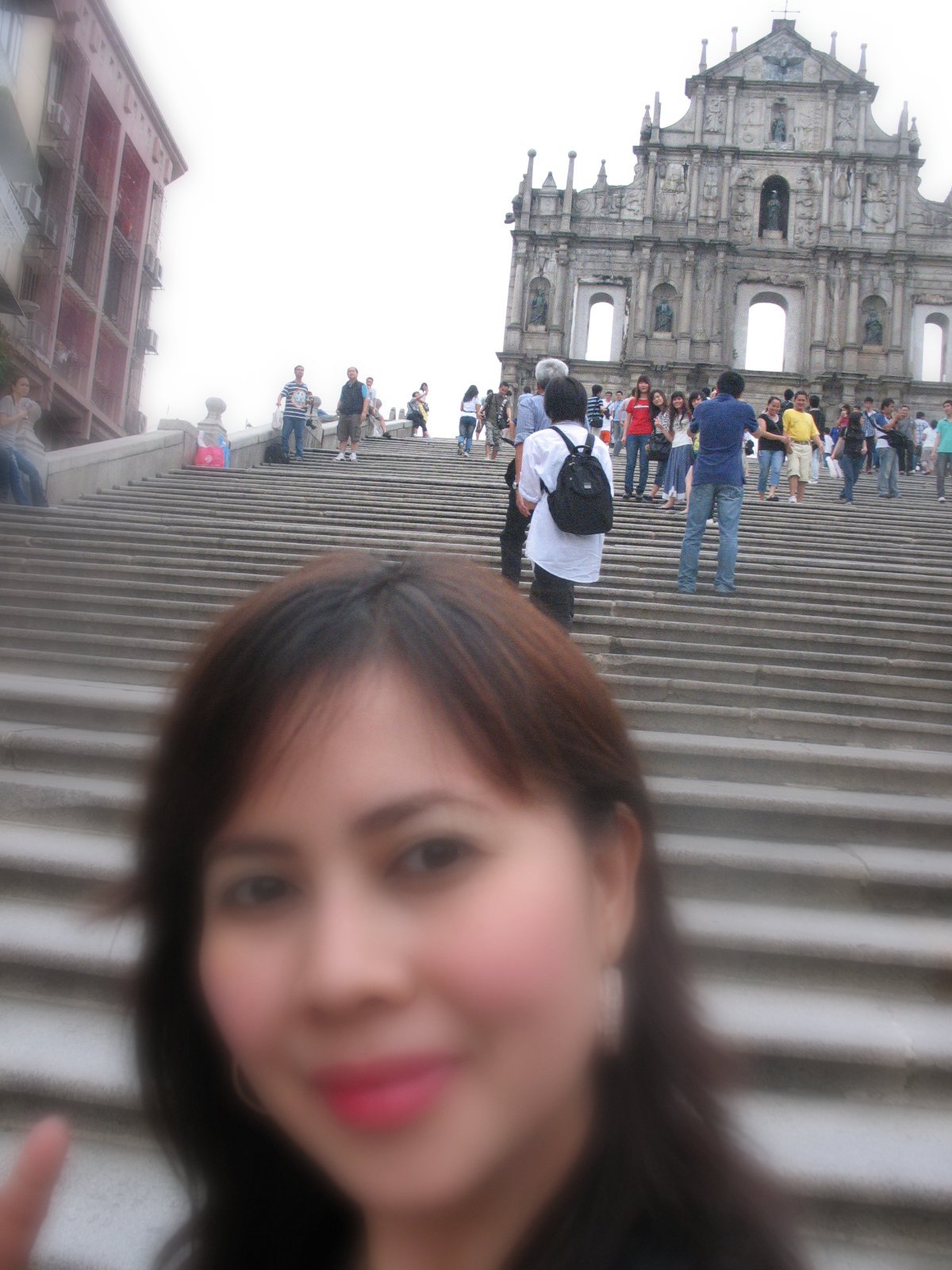 As a  member of the famed Macau Heritage Sites, the Ruins of St. Paul lives up to its reputation as the greatest of Macau’s Catholic churches despite the fact that all that’s left of it is its majestic stone facade and grand staircase. The church in itself is a work of art. Made of taipa and wood, the church also boasts of an enthralling facade of carved stone made by Japanese Christian exiles and local craftsmen between 1620 and 1627. Sadly, the church interiors were brought down by a fire which transpired in 1835 and today, only the facade has been restored. 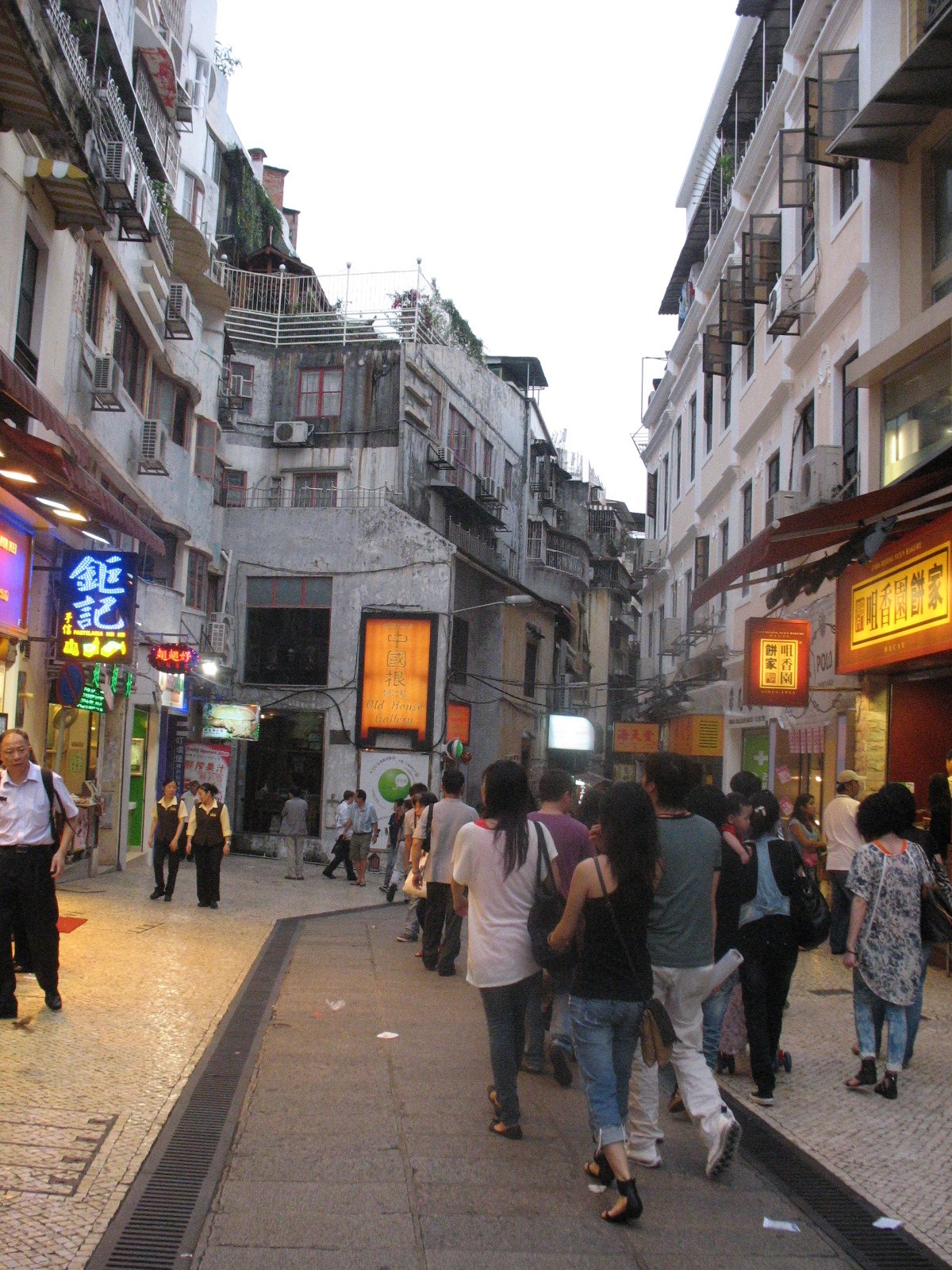 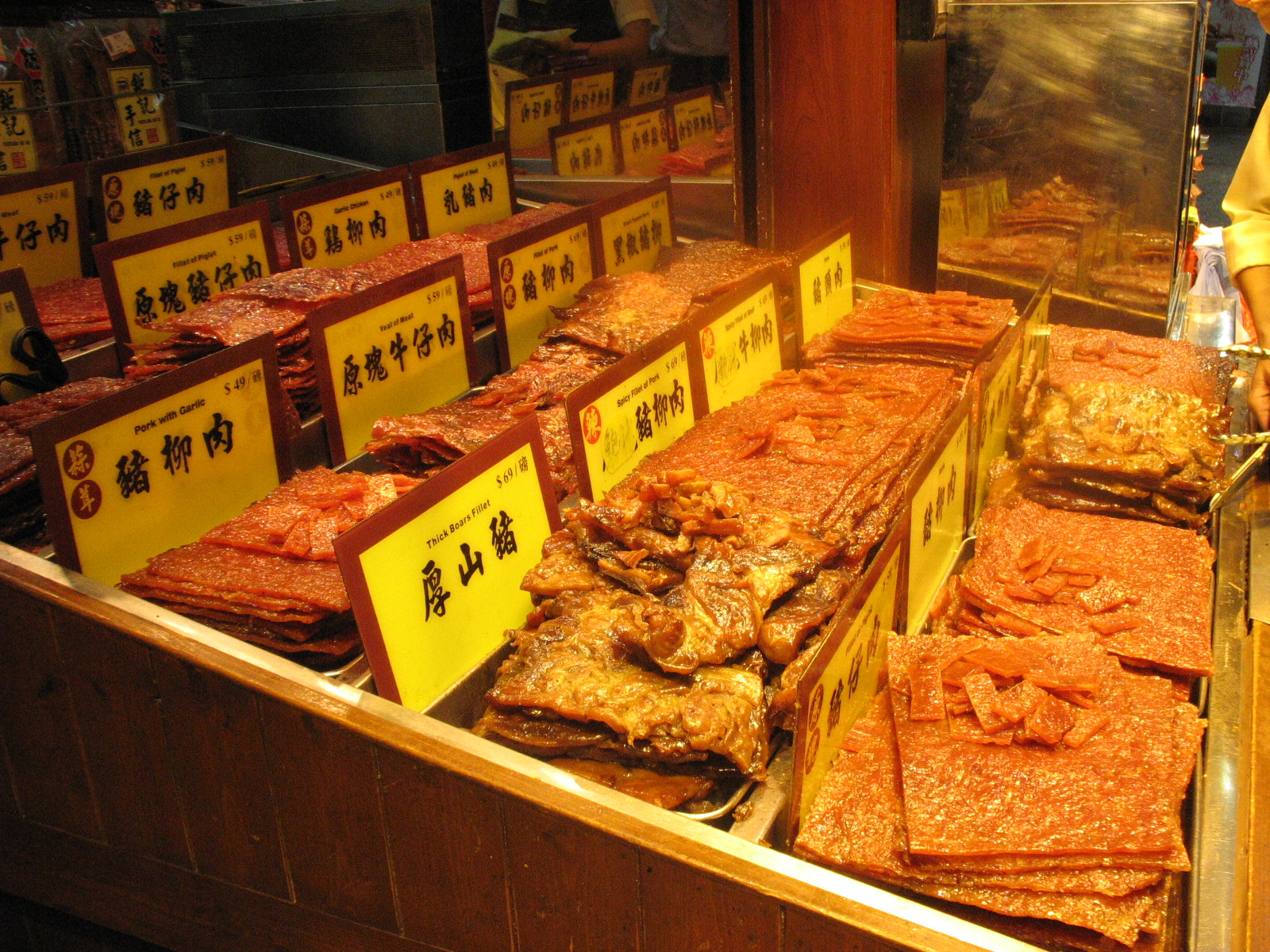 On our way back, we managed to buy some delish delicacies from the popular Pasteleria Ko Kei or Ko Kei Bakery. Aside from the free tasting, the best thing about this store is its kind staff. In broken English, the store assistant was able to share with me about their bestsellers while carrying the shopping basket around for me. Talk about customer service in action! 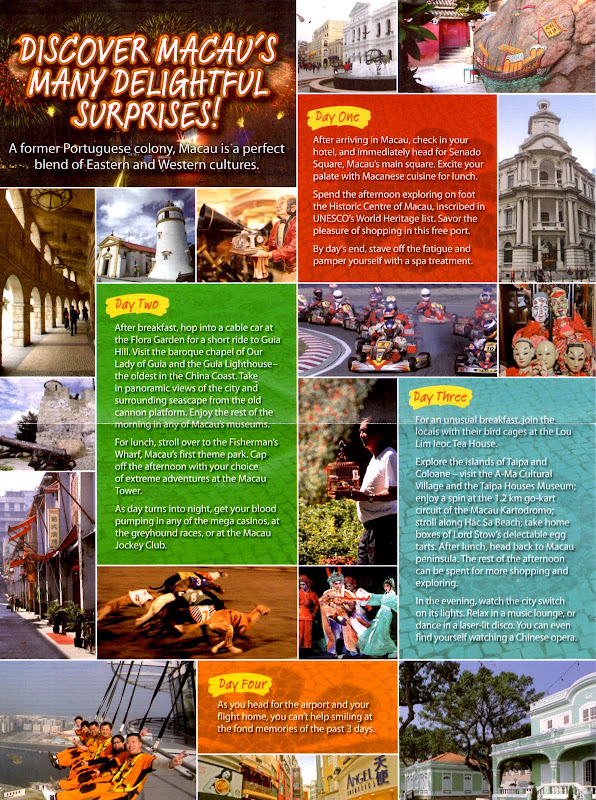 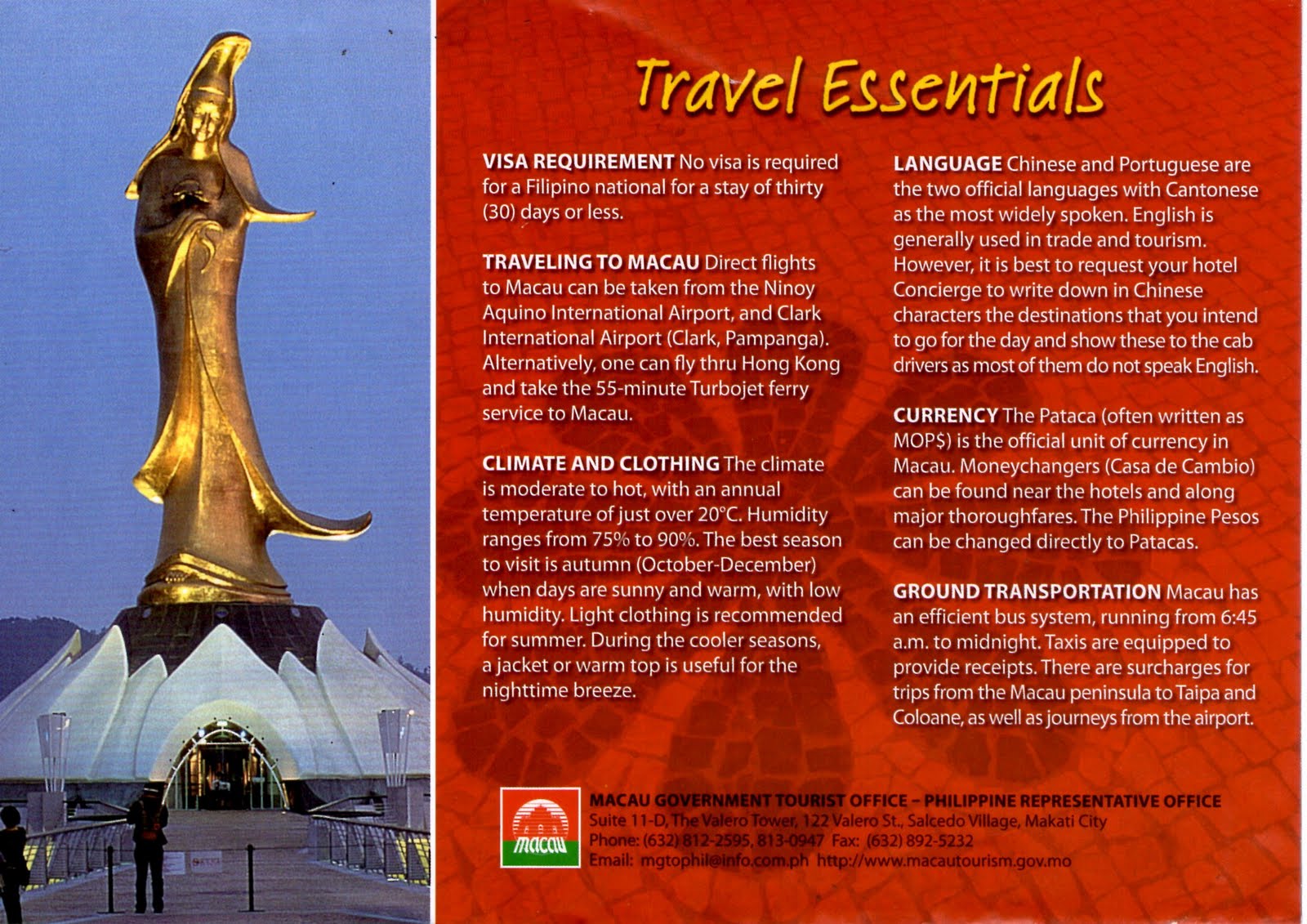 Planning a trip to Macau soon? For starters, you might want to consider this itinerary drafted by the Macau Tourist Board. Don’t forget to include Senado Square and St. Paul Ruins in your list, okay? You won’t regret it.

Christmas of Chocolate from Gelatissimo Cafe!
Food Musings: A Look At Takoyaki's History & Tamayaki Philippines...
Conti's Pastry Shop & Restaurant Takeouts/Takeaways ♪♪♪ (Updated)
What To Get Someone Who's Been Bitten By The Oscar Awards Bug?
Hello Kitty Christmas at the North & 8 Other Picture Perfect Backdrops In...

Amazing post…I came through your blog, while writing a post on my visit to Macau..You have a wonderful blog. 🙂