Click this
You are here: Home / Food & Drink / A Taste of Golden Spoon Frozen Yogurt ♪♪♪

After watching Eat, Pray and Love, I had the most incredible urge to eat something sweet. 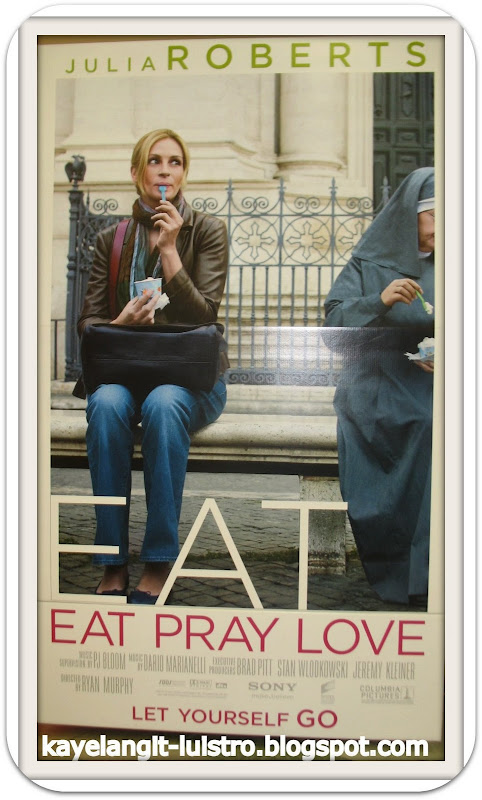 Instead of looking for Julia’s signature gelato… 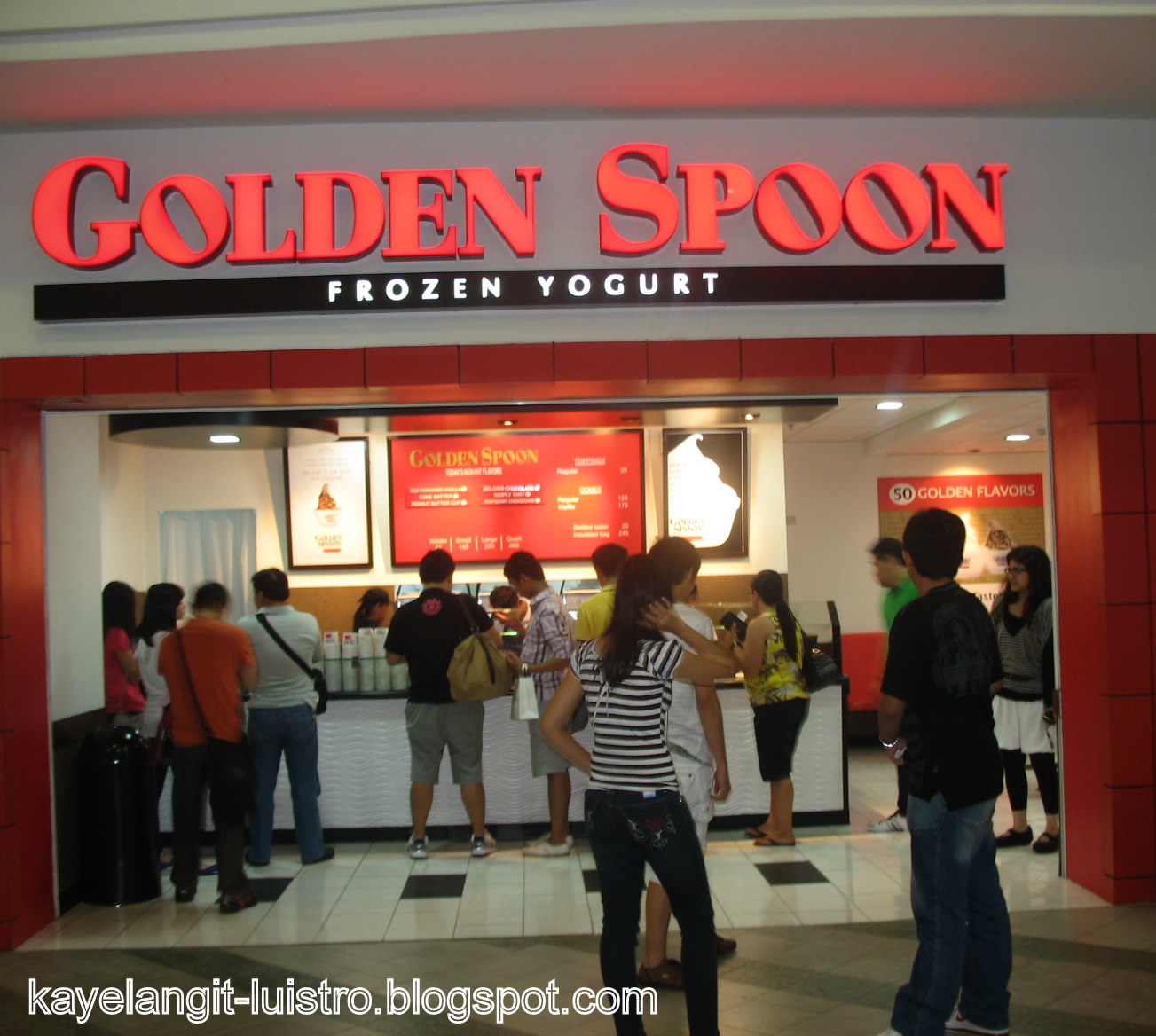 …I was drawn to this new Frozen Yogurt store just a couple of feet away from the theater at Trinoma. 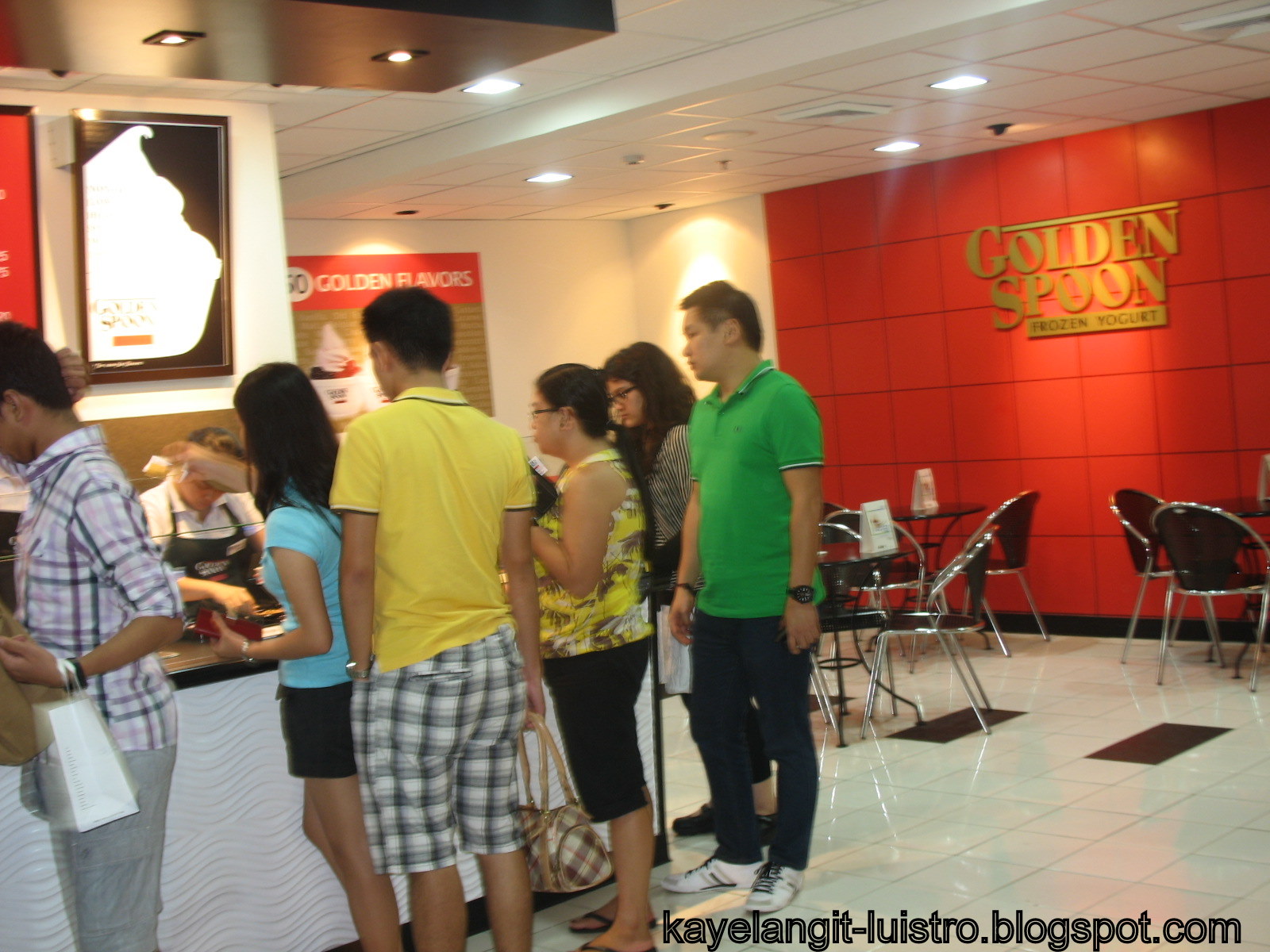 It attracted a throng of ardent movie-goers because of its fresh, hip and zesty vibe. 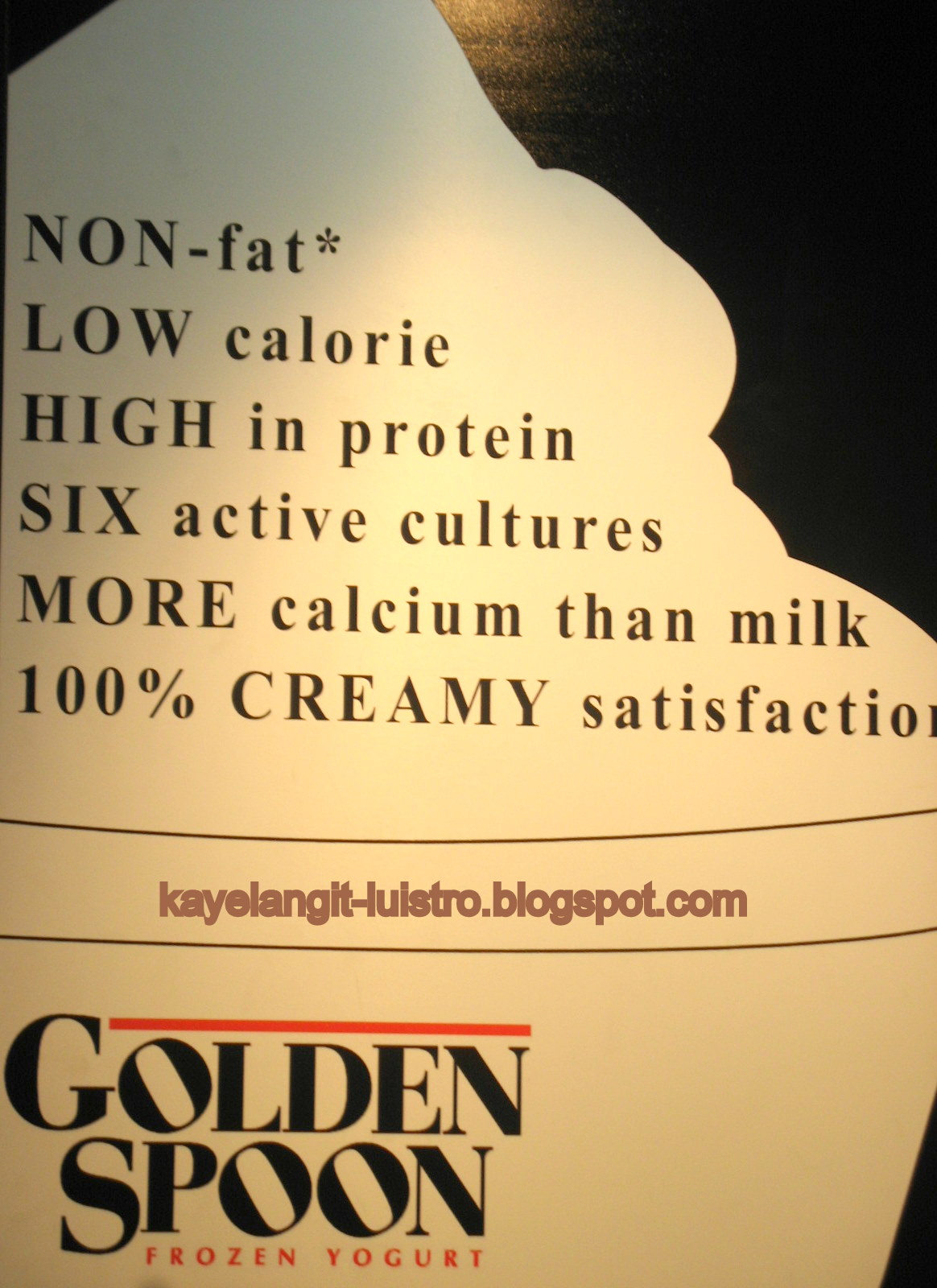 Plus, it promises that its yogurt is non-fat and low calorie.

But is it true? 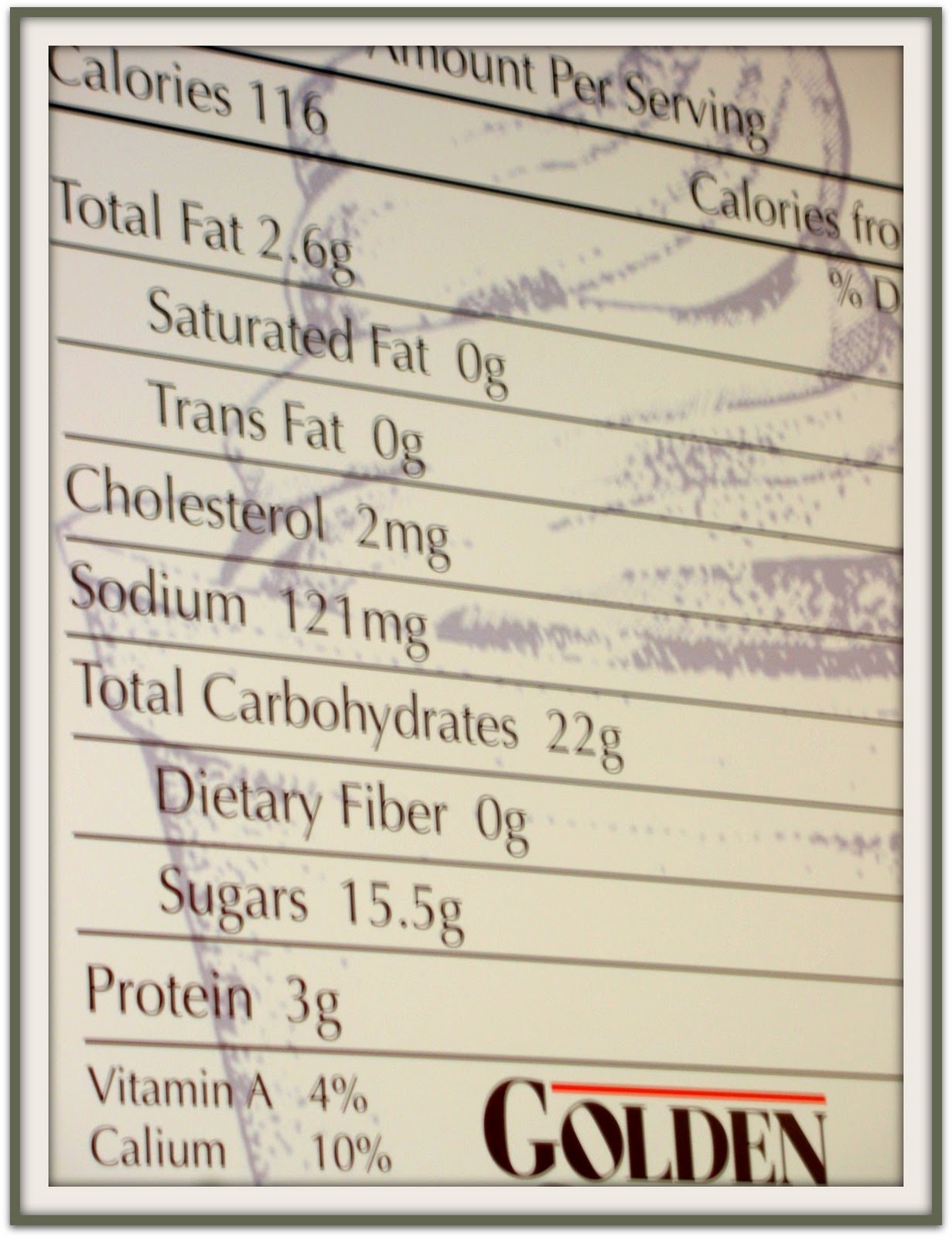 It maybe non-fat alright, but look at the carbohydrates content- a whopping 22 grams per serving.

Carbohydrate as we know it is converted to sugar which is then stored as fat. 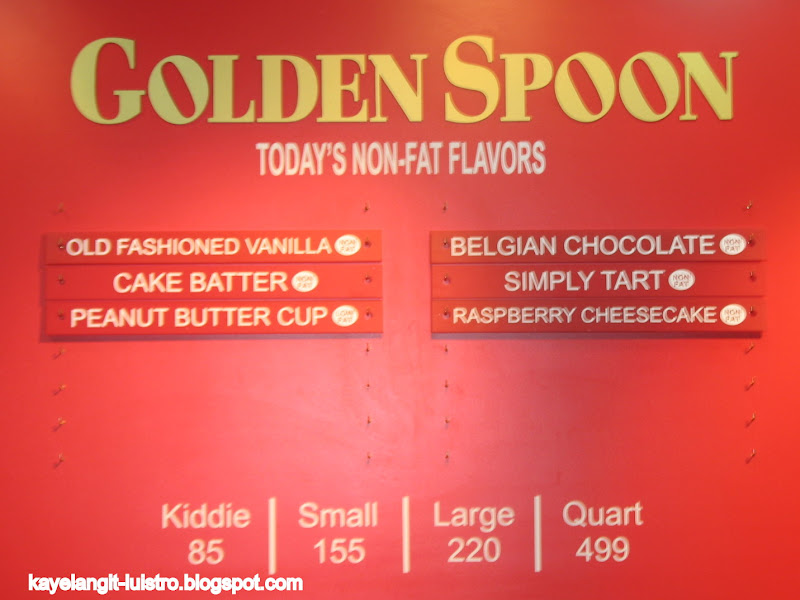 But then again, just one cup won’t make you fat, right?

It offers six interesting flavors to choose from. 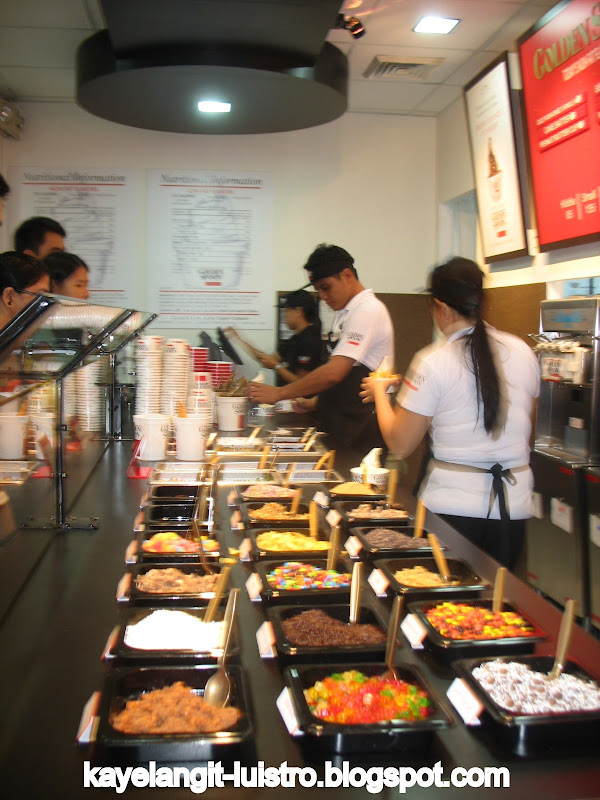 And a variety of mouthwatering toppings… 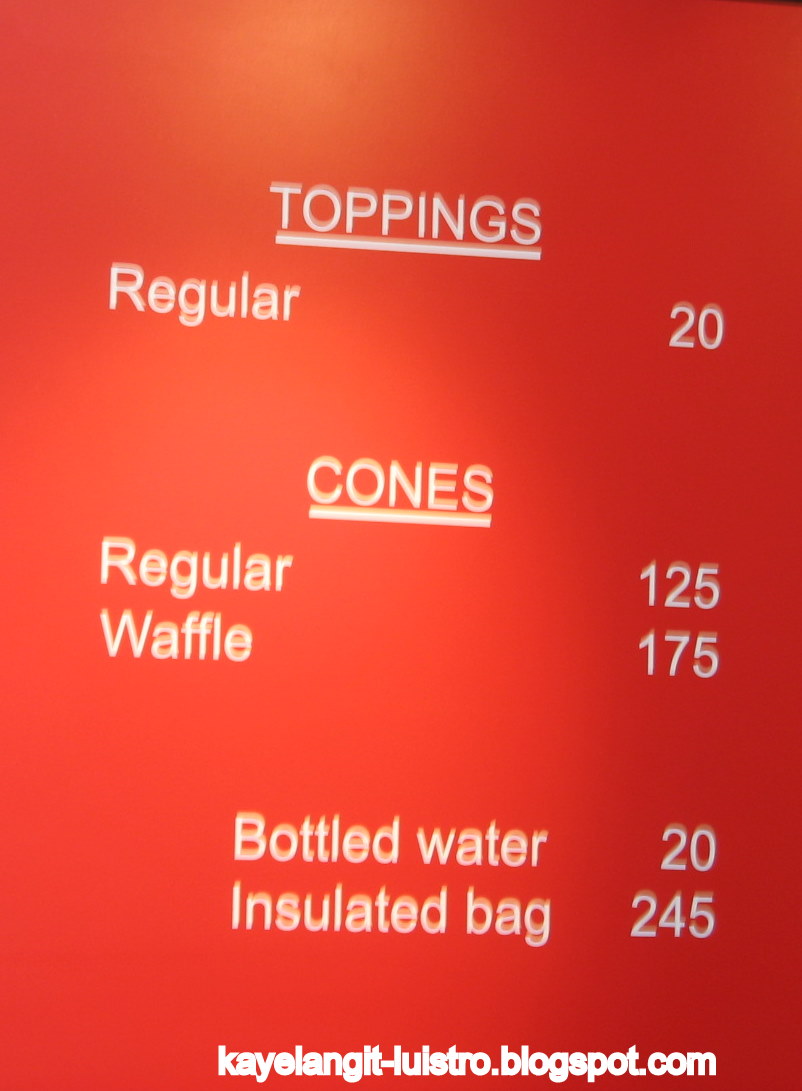 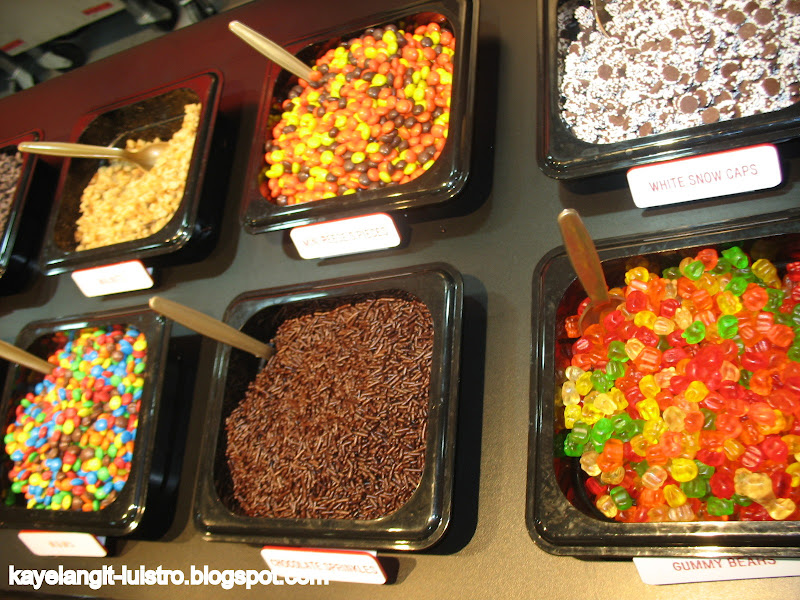 
The store is your oyster!

With a plethora of toppings to suit your taste at the moment. 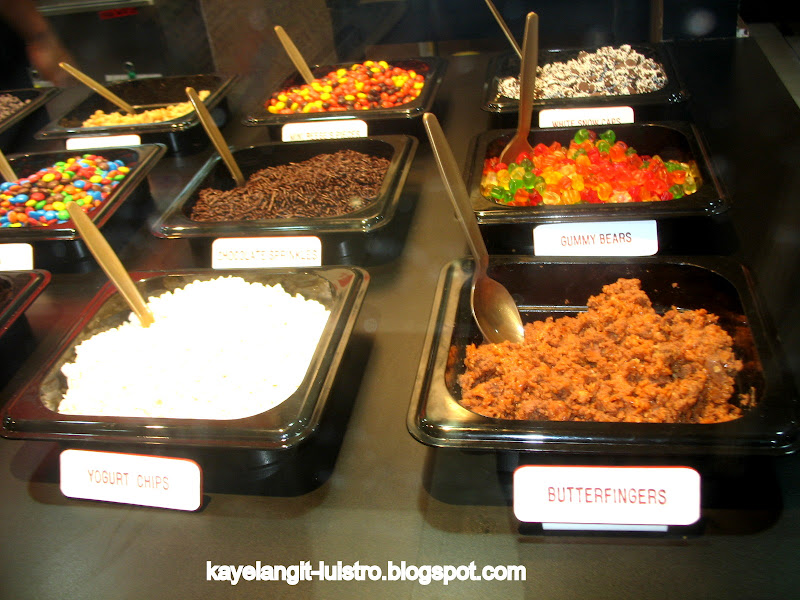 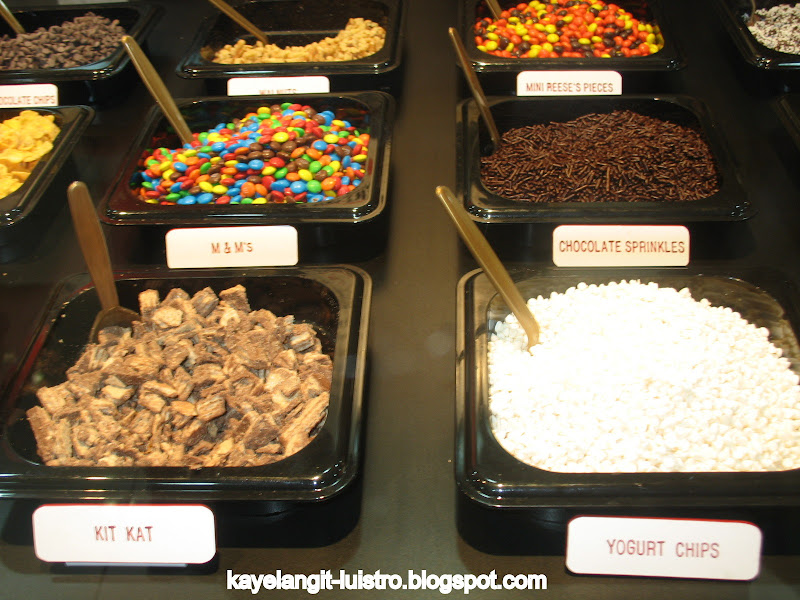 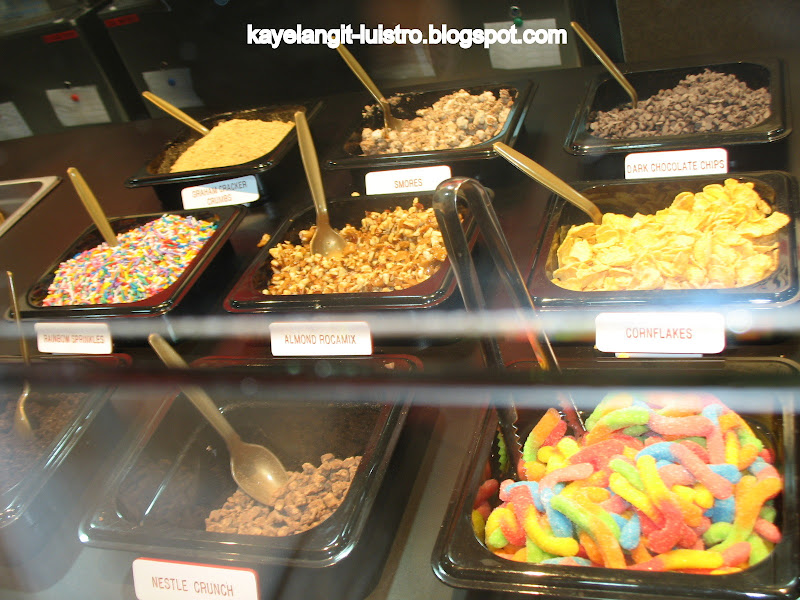 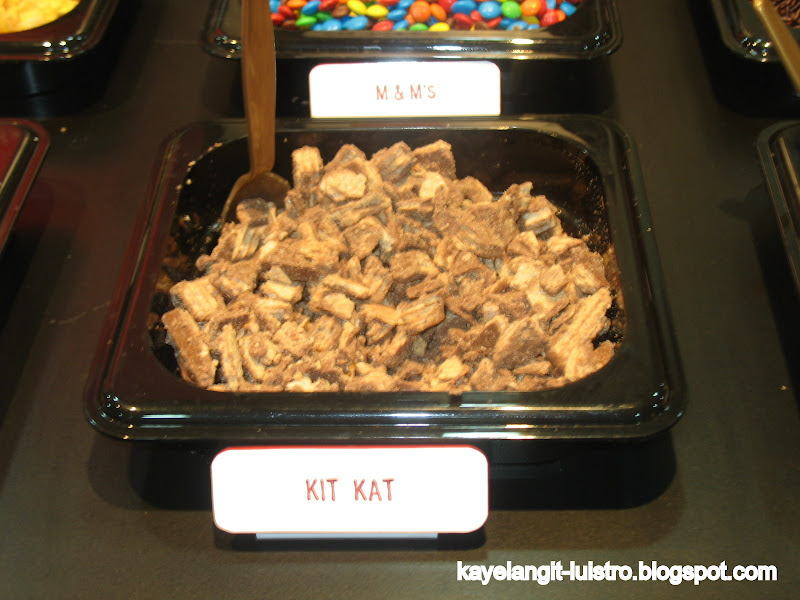 Obviously, Golden Spoon’s wide array of choco toppings is one of its strongest marketing points. 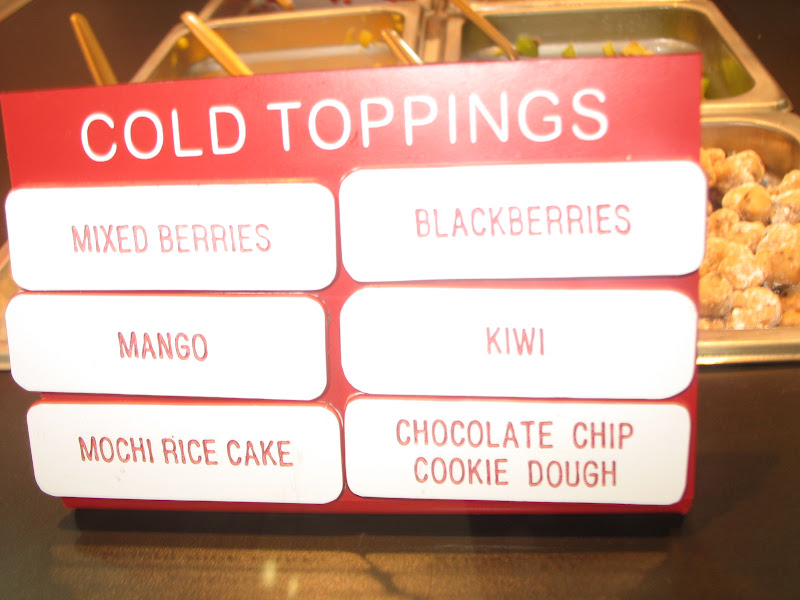 Care for some fresh fruits instead?

Perhaps a sprinkle of mochi or choco chip will lift your spirits?

On this note, please allow me to share with you some of the variants we’ve tried so far. 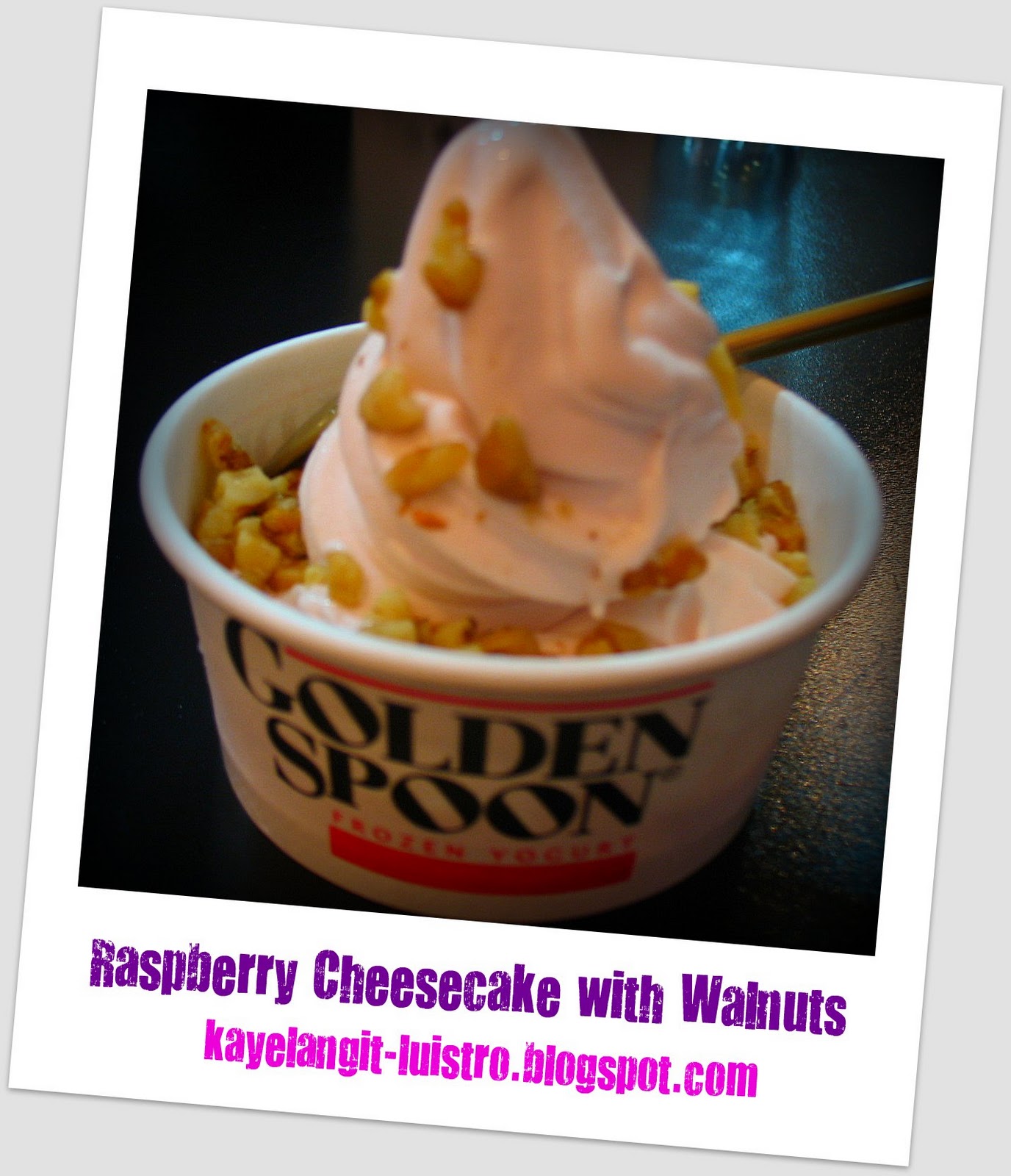 Golden Spoon Raspberry Cheescake drizzled with walnuts (Php 175). The tartness from the yogurt is made even more interesting with the symphonic crunch tones generated by the nuts! 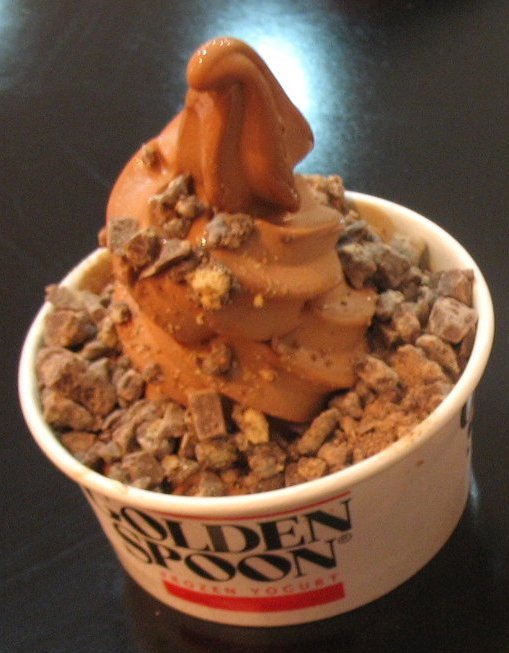 Golden Spoon Belgian Chocolate topped with S’mores and Nestle Crunch (Php 195). Decadent with all the crunch I want but still surprisingly light and satiating. A spectacular variant never to be missed! 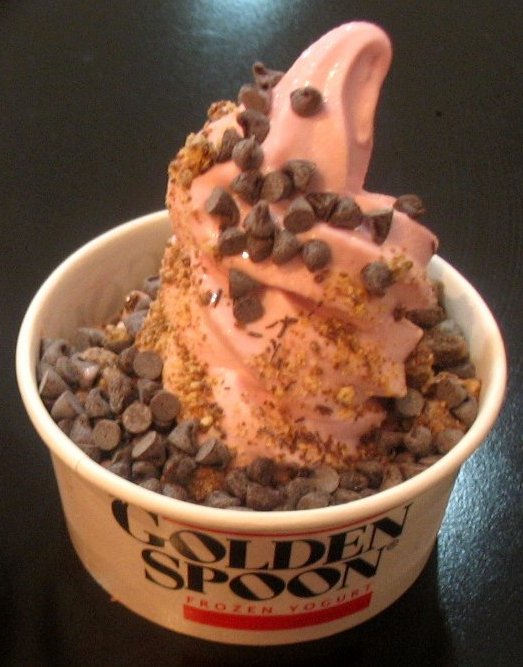 Golden Spoon Boysenberry topped with Smores and Dark Choco Chips (Php 195). The yogurt’s tangy flavor is offset by the creamy goodness from the luscious choco bits. Truly, a definite must-have! 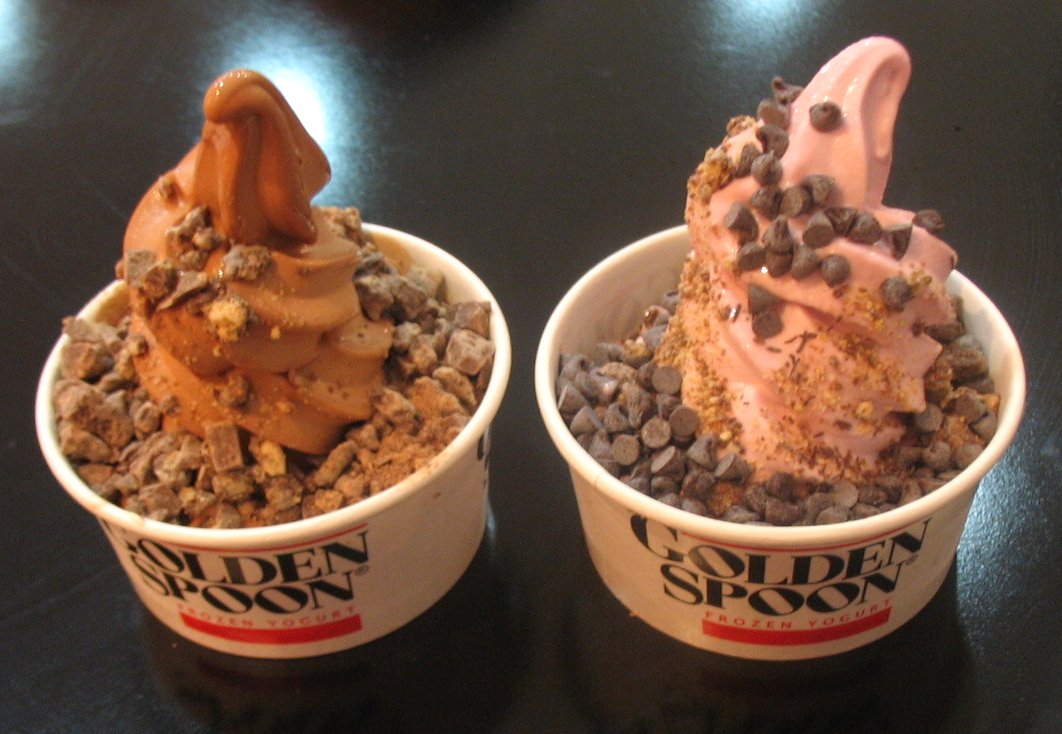 How about you? What’s your favorite variant?

Christmas of Chocolate from Gelatissimo Cafe!
The Newest Happy Lemon Is Sandwiched Between Forever 21 & Uniqlo at SM No...
Why We Find J.CO Frappes To Be Pretty Interesting...
Korean Drama Fan Diaries: 8 Must-Do's in Macau To Relive Memorable Moment...
Student Rush Meals From Pepper Lunch Until August 31, 2012!

Mmmm! i love frozen yogurt but I haven't tried Golden Spoon. I must try it next time we're in Trinoma. Love that your photos are huge! 🙂

Thanks so much Vera! You're the sweetest!

I tried the branches in Magallanes and Shangri-La Plaza. I love the tangy taste of the yogurt! The taste lingers in my mouth. 🙂

Hi dear Maria!You're so right!Love your entries by the way!

Hi dear Maria!You're so right!Love your entries by the way!