Click this
You are here: Home / Asian Destinations / Hiroshima, Kyoto and Miyajima Up Close

Though it was hard to say goodbye to our ultra kind foster families, there’s really no way to escape it. With heavy hearts, my co-delegates and I took a ferry boat from the Matsuyama Port to the Hiroshima port. 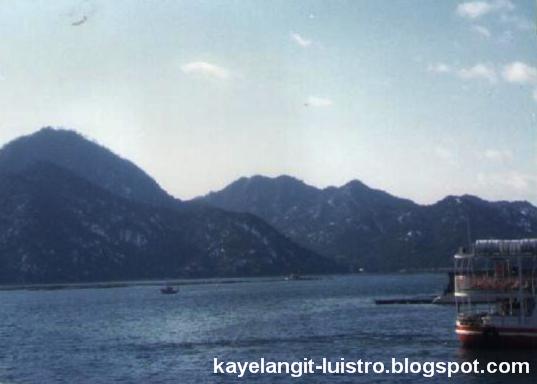 We went straight to the historical Peace Memorial Museum. During this time, Hiroshima had an occasional dusting of snow. However, I forgot how cold it was outside, once I stepped into the museum. Diorama after diorama of how the A-bomb finally crippled Japan’s spirit and military arsenal after torturing millions in Asia during the Second World War. 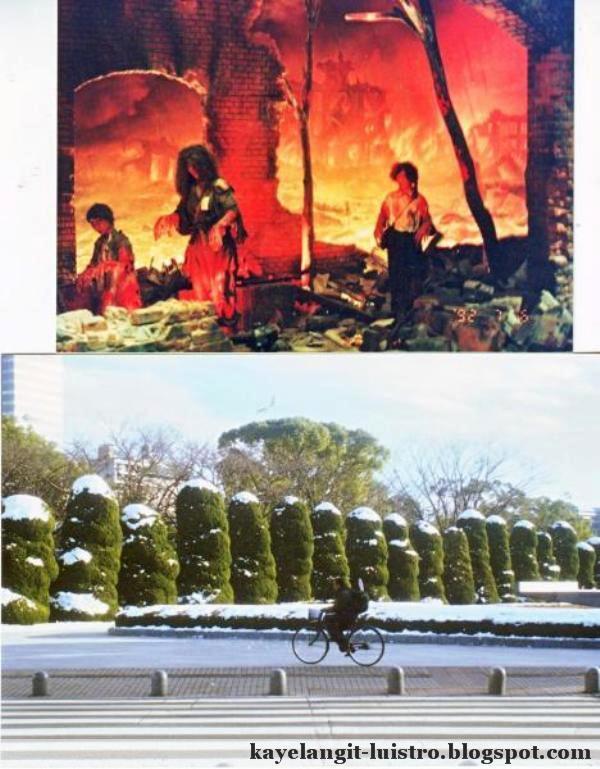 We were given this pamphlet with a matching cassette player and headphones to guide us on our tour. The voice still haunts me to this day… 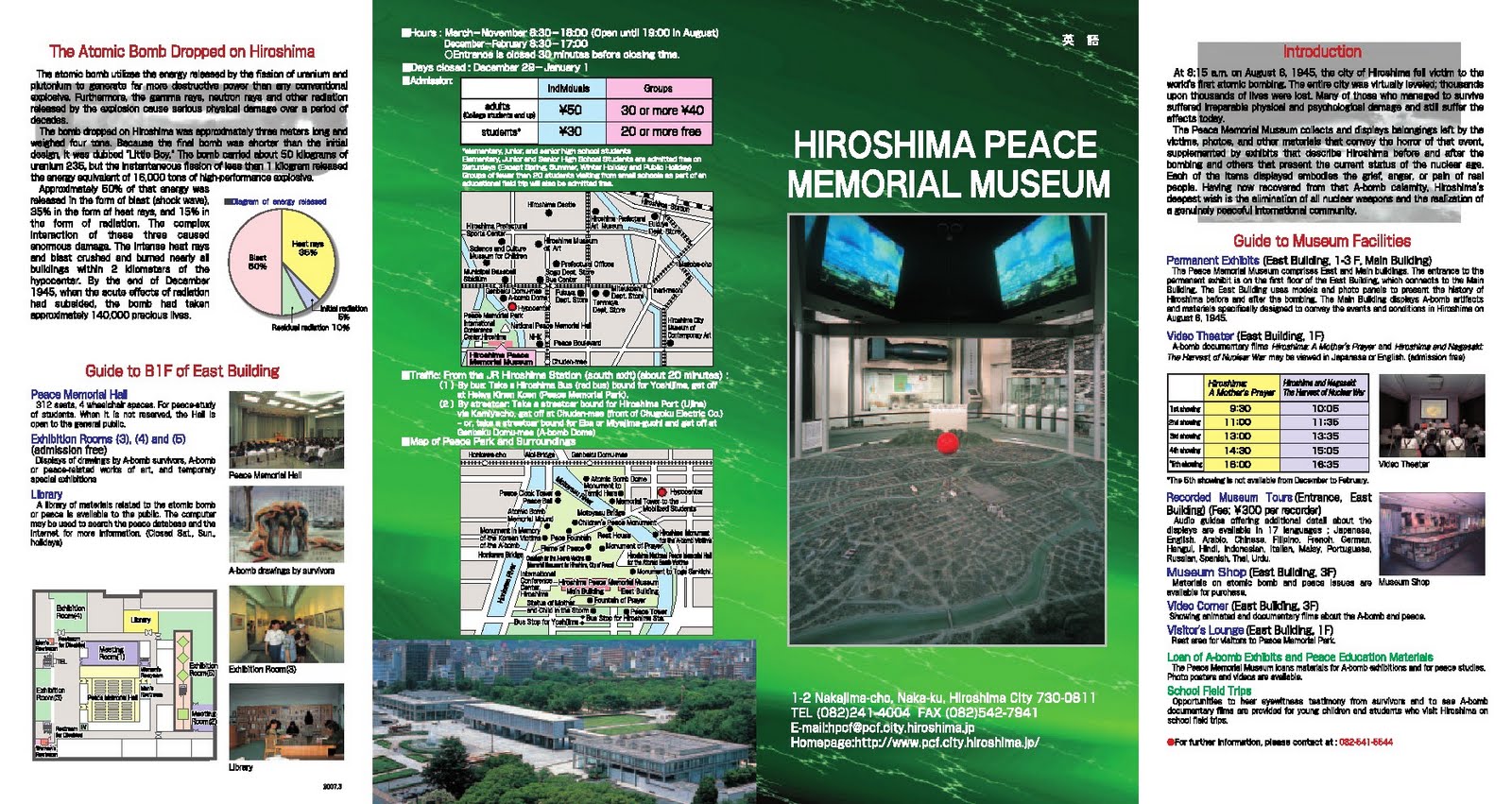 “Around 70,000 died immediately by the bomb. More people died due to radiation poisoning, burns and inability to access medical attention…”

Sadly the innocents had to pay the price for the sins of their leaders! Fifty-three years after the bombing, Takashi Hiraoka, mayor of Hiroshima delivered this message to his people and the whole Japanese population in general. 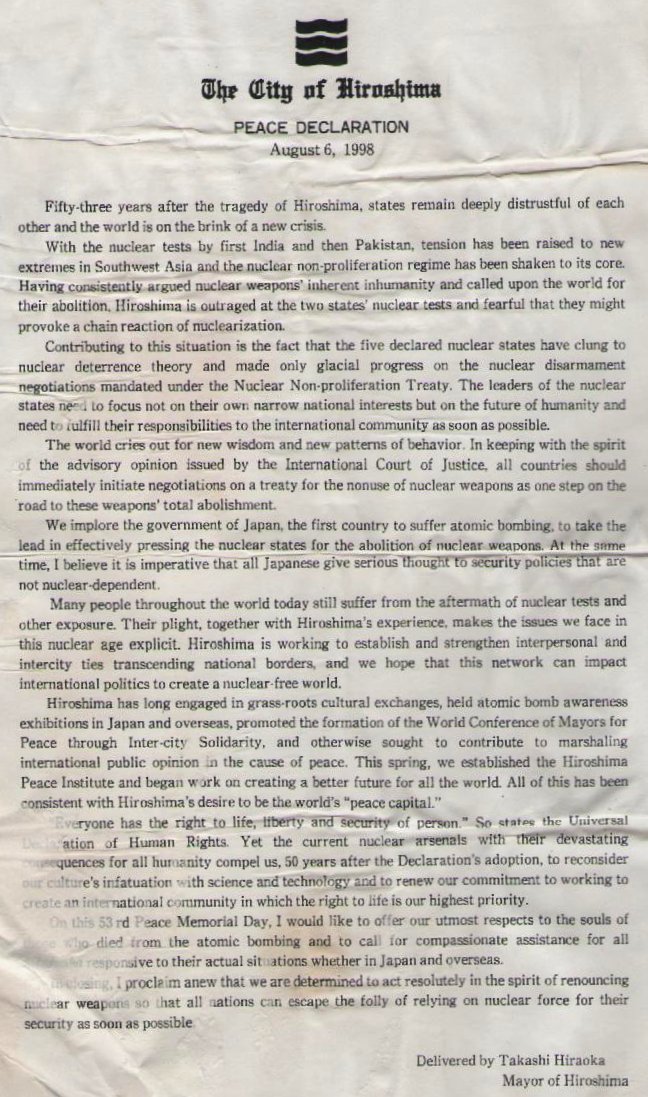 Towards the northern end of the Park, we walked to the Children’s Peace Monument, built to remember all the children who died during the bombing. One such child was Sadako Sasaki who was affected at age two, contracted leukemia after that and passed away ten years after being exposed to the atomic bomb radiation. 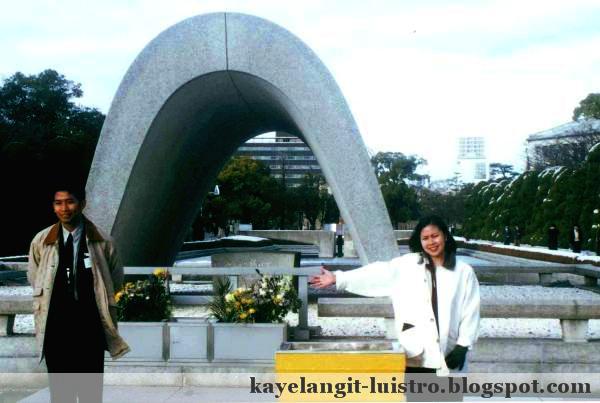 Taken at the Memorial Cenotaph of the Hiroshima Peace Memorial Museum

Hiroshima is not just remembered for the A-bomb, but also for the Hiroshima Castle, barely a fifteen-minute walk from the Peace Park. 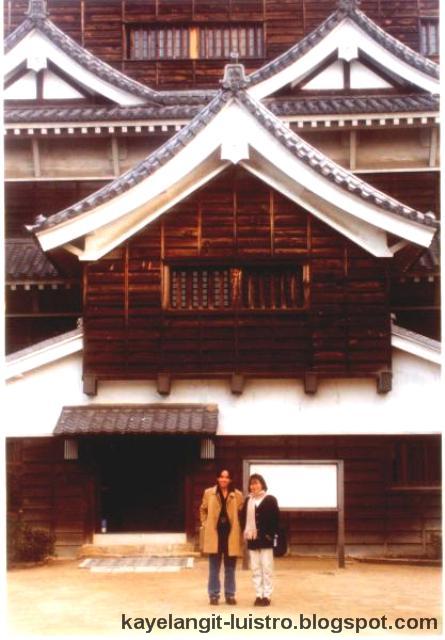 In 1589, the feudal lord Mori Terumoto built the Hiroshima Castle which later on became a venue for the most powerful in Western Japan. It survived the “castle destruction phase” of the Meiji Restoration but didn’t escape the A-bomb’s wrath in 1945. 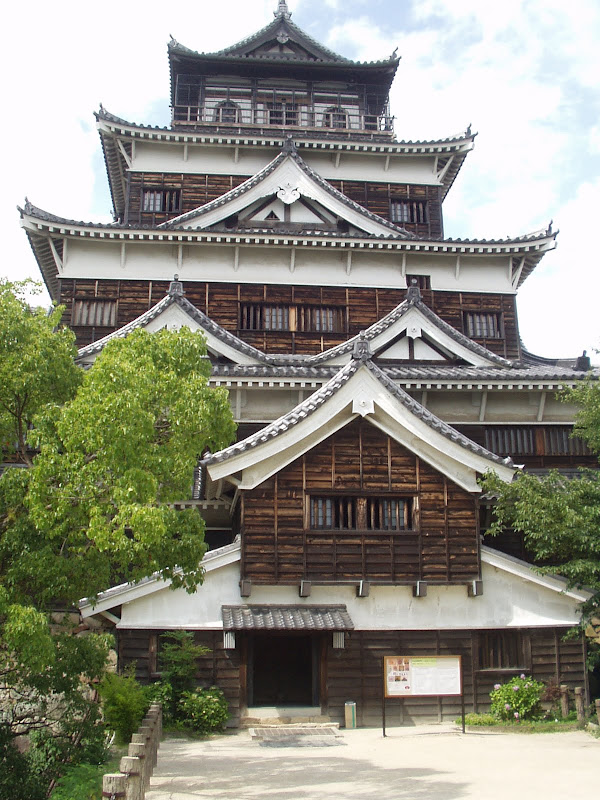 Fortunately, the castle was rebuilt faithfully to its original design and construction. Now turned into a museum, I was enthralled to see all the swords, clothes, and other paraphernalia of the samurai, including posters showing the infamous Bushido code that the samurai were willing to die for. 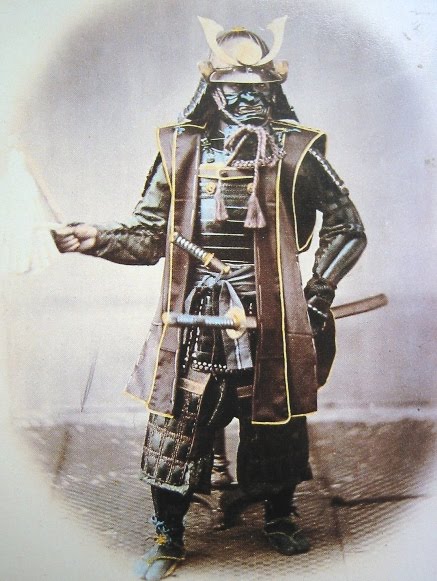 Photo by Felice Beato
In the afternoon, our group went to Miyajima Island, just an hour by land from Hiroshima. Miyajima is certainly most popular for its giant torii gate that seems to float on top of the clear waters.

This reminded me of another spectacular torii gate during our Kyoto trip. Thank goodness we were able to capture this historic beauty right here while I practiced my tae bo kick against my co-delegate and friend Ulysses Sabuco-Torres.

There’s the torii gate once again, this time taken with “Us girls.” 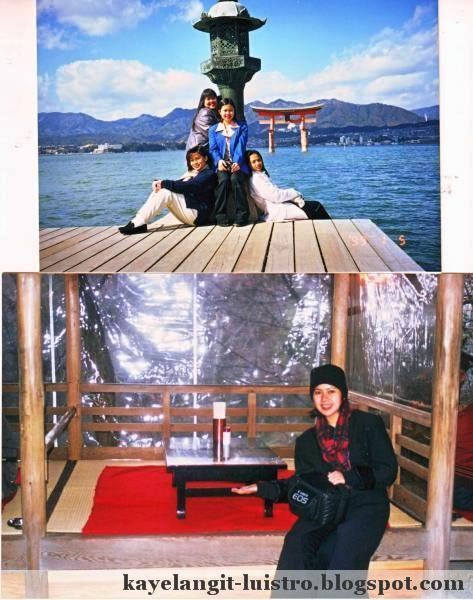 Miyajima is known for good food and a herd of friendly, but obviously very hungry deer,  also known as nihonjika in Japanese. At present, there are about five hundred deer that live on the island, some of which are domesticated, while others, especially those living in the forests, are not particularly friendly toward humans. 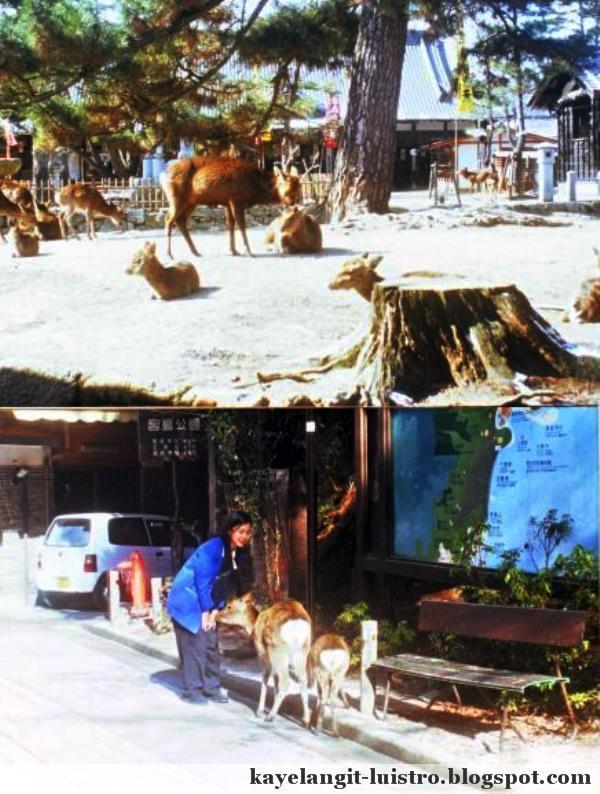 But for some interesting reason, an extremely friendly deer went up to me without any apprehension, and in an instant started digging into my left jacket pocket, completely devouring my tissue! Stunned was too weak a word to describe my exact feeling at that time. I didn’t know whether to run or standstill. Fortunately, I made the right decision when I just waited for the deer to finish his snack. If not, then I wouldn’t have had this memorable snapshot. 🙂